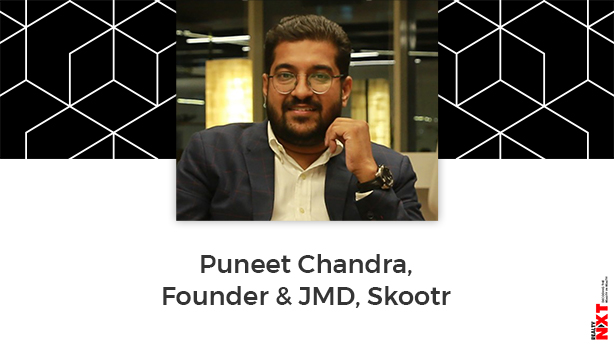 The essential structure and fibre of any workplace are directly proportional to the quality of work that the employees of that office are able to achieve.

The nature and form of workspaces have undergone a tremendous evolution over the years. The very word office brings to mind the stereotypical depictions of high rising corporate structures devoid of charm and persona or the negligent government spaces often dirty and unkempt, swathed with pale whitewash, overrun with ill matched cupboards and awkward furniture, and a hundred dozen dusty files that resemble fossils. These descriptions though still reflective of popular notions of workspaces are not wholly true unto themselves. The slow yet steady progression of workspaces has been keenly observed and documented with respect to the Indian milieu.

Traditionally offices were only centers of passive activity that merely dealt with the mundane business operations of the company. The owners of the firm rarely accorded a thought or intent to the work aspirations and aesthetic preferences of their workforce. These traditional workspaces were simply construed as per the wishes of the owners who would simply strive for a basic and obvious structure so as to get the work done at minimum cost and time. The nature of such workspaces clearly remained stagnant and unreceptive to the dynamic needs of the corporate universe, and its nucleus, the worker.

These outdated office systems had the advantage of being privy and open to personal customization on account of both the employer and the employee. However, the capital expenditure on part of the entrepreneur was massive, which would result in needless added costs. The owners would have to take care of all the peripheral operations which would deter the enterprise from its basic and core function(s). Another visible drawback that was particular to these traditional businesses was the lack of general flexibility with respect to time, space and matter. Such rigidity in traditional businesses leads to an uninspired and lethargic workforce and that’s not good news!

Business Centres : One Space Fits All

In the evolutionary trajectory of modern workspaces, the traditional spaces soon gave way to the formidable and spectacular business centers. The basic features of these centers include greater flexibility and less capital expenditure as compared to the traditional business spheres. The proprietors of these business centers rent out separate spaces and provide basic provisions and services that are essential towards running a company.

Though these business centers are relatively more flexible they still suffer from lack of creative customization. Once furnished and allocated an office in the business centre could not make changes according to its personal needs without the owner’s approval. Another disadvantage includes the limited geographic reach of these business centers as all the operations and operatives of a said company is in a way confined to their particular floor  or space which hampers the freedom of movement and expansion as and when required.

Moving away from the myriad of business centers, we head to the next evolutionary chapter in the history of modern workplaces namely the rise of co working spaces. Co working spaces essentially cater to a vast group of professional audience ranging from business proprietors executives start ups and freelancers. Professionals from various backgrounds prefer operating through co working spaces as they offer an opportunity for minimizing the capital expenditure, a vibrant ecosystem with greater networking amongst like minded individuals.

Co working spaces also guarantee all the services as per the needs of the various companies that work and co exist in such spaces. The fair share of  disadvantages include the general lack of privacy as these arrangements lead to increased noise levels and distractions galore when people interact and counteract amongst each other. Also one witnesses stiff competition and differences when the people in co working spaces are not on the same page. Co working spaces are subject to geographic limitations and the official space is often a bone for contention amongst the various co working units. Security and safety is another major concern in a co working space. Also further customization is not possible in the co working spaces.

Serviced Office: Where You Can Truly Make Yourself At Home

From the rise of co working spaces we finally come to the actual trailblazers, the fully serviced curated and managed offices. They offer the cumulative advantages of the entire evolutionary kaleidoscope of workplaces. The emergence of such serviced office models can be attributed to the in-depth researching and development of workspace theories and development sciences which have together contributed to this revolutionary model.

These fully serviced office modules offer countless benefits such as the freedom of flexibility as per the needs of the business. Also, the company is liable to zero capital expenditure and is able to concentrate solely on its core functions without any deviations or peripheral functions that impediment the chief operations of the same. It is an even better working ecosystem than the preceding ones in terms of vibrancy and output registering optimum networking and communal integration. Also serviced offices are not limited by geographical hindrances which make movement easier. Security and privacy the two desired factors for the running of any business are upheld with the utmost success and these respective spaces can be customized to no end as per the wishes of the employer.

Therefore, it is safe to assume that the rise of such fully serviced and managed business oriented spatial dimensions is directly related to the plethora of perks that such a module offers. No wonder the serviced office sector is witnessing such a substantial boom in terms of socio-economic relevancy and has caused major disruption in the business real estate sector. Imagine an office that breathes and lets you breathe alongside with ample space for recreation and rejuvenation. An office that is way cozier and homelier than home itself, who wouldn’t want to be a part of such a thriving and sustainable urban ecosystem.

ALSO READ: Extreme view to punish developers is counterproductive for all concerned