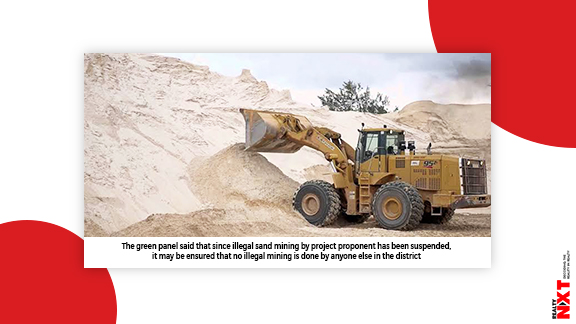 The green panel said that since illegal sand mining by project proponent has been suspended, it may be ensured that no illegal mining is done by anyone else in the district.

The National Green Tribunal (NGT) has directed authorities in Uttar Pradesh’s Shamli district to ensure that no illegal sand mining is carried out in the area. The orders came after the Shamli District Magistrate told the tribunal that the illegal mining activity being carried out by a private lease holder has already been stopped and the temporary bridge made by him has also been removed.

The green panel said that since illegal sand mining by project proponent has been suspended, it may be ensured that no illegal mining is done by anyone else in the district.

The green panel also noted that a cumulative environmental compensation of Rs 20.45 lakh has been assessed to be imposed on the sand miner for non-compliance of environment clearance conditions and for not seeking required consent from the state pollution control board under the notified provisions.

A bench headed by NGT Chairperson Adarsh Kumar Goel also sought a report in this regard by the Principal Secretary, Environment, UP after coordination with the concerned authorities within two months.

Noting the submissions, the tribunal directed that further action should be taken in accordance with law after considering the viewpoint of the project proponent.

“It will be open to the authorities to asses and recover further compensation in accordance with law. The basis of compensation may be indicated in the report.