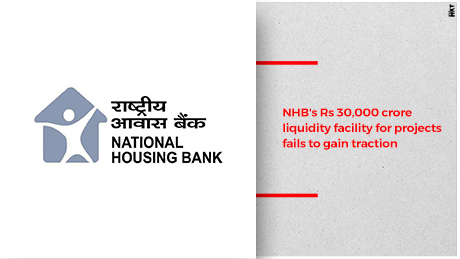 The finance minister in the Budget for the current fiscal had announced a Rs 20,000-crore facility through NHB.

The Rs 30,000-crore liquidity facility for the housing sector made available by the government through the National Housing Bank (NHB) has not gained traction because of onerous conditions linked to it.

The finance minister in the Budget for the current fiscal had announced a Rs 20,000-crore facility through NHB. This was topped with an additional Rs 10,000-crore facility announced in August this year. In a letter to the PM, industry body Assocham said that there are delays in implementing the scheme because of the terms in the NHB Act for lending to housing finance corporations (HFCs).

According to Siddhartha Mohanty, CEO, LIC Housing Finance, the issue of first charge can be sorted out through discussions as the objective is to provide liquidity to the sector. The industry is also looking forward to the operationalization of the Rs 25,000-crore Alternate Investment Fund for resolution of real estate projects that have been classified as NPAs.

This fund, which was announced by the FM in November, will see contributions from the government, LIC and SBI. The government will meet lenders this week to finalise the terms of the scheme. According to the government, the Rs 25,000-crore fund will help revive 4.6 lakh housing units in 1,600 projects and enable the sale of these projects and recovery of loans. However, other lenders feel that stalled projects in the real estate sector are having a cascading impact. These projects are being recorded as NPAs in the books of finance companies.