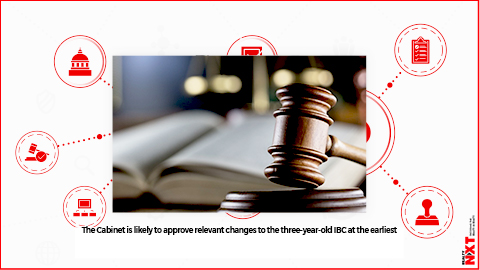 “This will bring much-needed confidence to buyers of distressed assets, acquirers who were otherwise wary about the over-reach of the investigative authorities.”

The Centre is set to alter the insolvency code to shield new owners of bankrupt companies from criminal liabilities pertaining to the time when the entities were controlled by the outgoing promoters.

The Cabinet is likely to approve relevant changes to the three-year-old Insolvency and Bankruptcy Code at the earliest, they said.

“The government is expected to shortly seek Cabinet approval on amending the IBC that will give immunity to assets bought through the NCLT (National Company Law Tribunal) route,” said one of the three cited above.

“This will bring much-needed confidence to buyers of distressed assets, acquirers who were otherwise wary about the over-reach of the investigative authorities.”

Steel giant Arcelor Mittal had approached the government seeking immunity from any future probes into Essar Steel or its erstwhile promoters, the Ruia family. Arcelor-Mittal won the bid for Essar Steel through the IBC resolution process.

Amendments to the IBC, which came into effect in December 2016, will require eventual parliamentary approval. The ongoing winter session of Parliament is scheduled to end on December 13.

Buyers of distressed assets have been a worried lot after the Enforcement Directorate(ED) attached assets of the Singal family, the erstwhile promoter, on charges of money laundering in the Bhushan Power & Steel case.

The ED had attached the assets of Bhushan Power & Steel around the time JSW Steel was looking to acquire the company.

The case saw the ED and the National Company Law Appellate Tribunal (NCLAT), the court of appeals in bankruptcies, debate which of the two had priority rights over the assets of an insolvent company.

In October, the NCLAT came down heavily on the ED and directed it to release the assets of Bhushan Power & Steel.

Last month, India’s Supreme Court cleared billionaire Lakshmi Mittal’s 42,000 crore bid to take over Essar Steel’s manufacturing complex at Hazira in Gujarat and settle outstanding debt. Essar Steel owes as much as 54,550 crore to its lenders. But ArcelorMittal is awaiting clarity over amendments to the IBC before transferring money into the lenders’ escrow account.

A mail sent to the finance ministry and the Insolvency and Bankruptcy Board of India (IBBI) did not elicit any response.

While the details of the amendments are not fully known, experts said blanket immunity may be counter-productive in such cases and should come with a set of riders that ensure assets built through proceeds of crime are not legitimised. Across-the-board immunity could also encourage round-tripping.

“The same rule cannot apply to every situation and hence the government should carefully look at giving immunity in cases dealing with bankrupt companies: Otherwise, it may end up permitting the sale of assets gained through illegal routes,” said one of the people cited above. “The sovereign should have rights over such assets.”

However, another banker aware of the development said this cannot be an argument against providing immunity to the new buyer.

“Investigations similar to Bhushan Power and Steel will keep all potential buyers away. Even without the amendment, IBC had seen promoters attempting to buy their own companies, but that wasn’t allowed and deals could be scrutinised to make sure these transactions are above board,” he said.