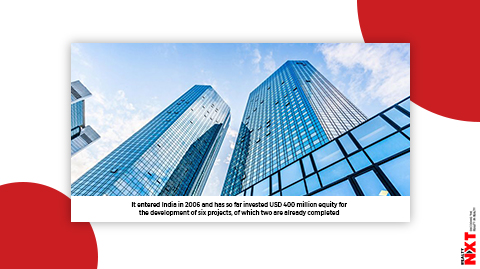 Hines Chief Investment Officer (Asia) Lee Timmins said: “We have a long-term and very positive view on Indian real estate. India is a great growth story but there will be bumps on the road.”

US-based realty firm Hines plans to invest USD 500 million in India to develop new commercial and housing projects as it sees great opportunities for growth despite slowdown in the property market, a top company official said.

Hines is a global real estate investment firm with a presence in 219 cities across 23 countries. It entered India in 2006 and has so far invested USD 400 million equity for the development of six projects, of which two are already completed.

“Asia and India is a focus market for us. We would love to invest USD 500 million in India over the next several years,” said Laura Hines-Pierce, Managing Director and Chief Transformation Officer, Hines.

She represents the third generation of Hines family. Gerald D. Hines is the founder and Chairman of the American firm.

Hines Chief Investment Officer (Asia) Lee Timmins said: “We have a long-term and very positive view on Indian real estate. India is a great growth story but there will be bumps on the road.”

“Some of the problems that exist in Indian real estate market, it is our advantage,” said Timmins, who is also the CEO of Eurasia region.

Housing market might be under stress but office space leasing is strong in India, he said, adding that the company would adopt a careful approach in picking right partners and right locations for projects development.

Timmins said the company would continue to focus on developing and making investment in office and residential projects in medium term but could explore opportunities in retail and logistics/warehousing projects in the long term.

Hines would make investment in acquiring projects across major cities and at the same time could also divest certain leased assets, Timmins said.

The company is looking to certainly add 4-6 projects in the next three years. It is already in active discussion for three projects in development management model.

“We are looking at growth. The number of developers operating in India has declined substantially. There is a mayhem in the market. So there is a great opportunity for us to scale up our operations,” Diwan said.

In India, Hines has completed two prime office complex projects in Gurugram, including ‘One Horizon Centre’ in joint venture with realty major DLF.

At present, three housing projects are under construction. It has partnered with Tata Housing to develop 750 flats in a housing project ‘Serein’ in Mumbai.

Another 1050 apartments are under construction in ‘Parkwest’ housing project in Bengaluru, being developed in partnership with Shapoorji and Pallonji Real Estate.

Hines has also formed a joint venture with Conscient Infrastructure to develop a luxury housing project ‘Elevate’ in Gurugram with an estimated cost of Rs 1,500 crore.

Hines and Conscient have together put in Rs 500 crore equity fund into the JV for development of housing project ‘Elevate’. The JV will develop 556 apartments, to be initially sold in a price range of Rs 2.2-4 crore.

Diwan said these three housing projects would be completed by 2023-24.

Moreover, Hines in March this year had acquired 33 per cent stake in DLF’s upcoming commercial project in Gurugram in a deal size estimated at around Rs 650 crore.

DLF and Hines would jointly develop a prime commercial project on 11.76 acre land parcel in Gurugram that was bought for nearly Rs 1,500 crore through e-auction conducted by the Haryana government in February 2018.

“This projects with has a size of 3.6 million sq ft is under design stage currently,” Diwan said.

Hines has already exited from its first commercial project Skyview Corporate Park which it has developed in partnership with Shyam Telecom.

The US-based firm is looking to sell its stake in the office building ‘One Horizon Centre’ in Gurugram.