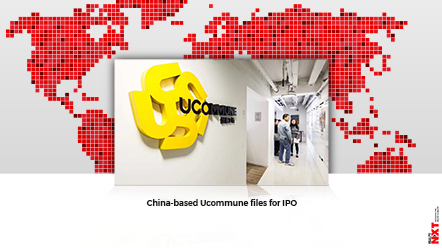 The preliminary filing with the U.S. Securities and Exchange Commission did not give any details of the size of the offering.

The preliminary filing with the U.S. Securities and Exchange Commission did not give any details of the size of the offering.

Reuters reported in October that Ucommune had filed a confidential prospectus with the SEC, citing sources.

Ucommune has shared workspaces in 200 locations across 44 cities, led by Beijing, Shanghai, Hong Kong, Los Angeles, and New York, according to its website.

In contrast, WeWork posted a net loss of over $900 million in the six months ended June 30, on revenue of $1.54 billion, when it unveiled its finances in August in its IPO filing.

Net losses at WeWork in the third quarter ended Sept. 30 more than doubled to $1.25 billion as the money-losing shared-office operator added a record number of desks to its global network but was unable to control rising costs.

WeWork scrapped its IPO in September after it failed to excite investors who raised concerns about its burgeoning losses and a business model that involves taking long-term leases and renting out spaces for the short term.

Ucommune plans to list on the New York Stock Exchange under the symbol “UK”.

Haitong International and China Renaissance are lead underwriters to the IPO.

ALSO SOURCE: China’s Ucommune files for IPO in US: Sources