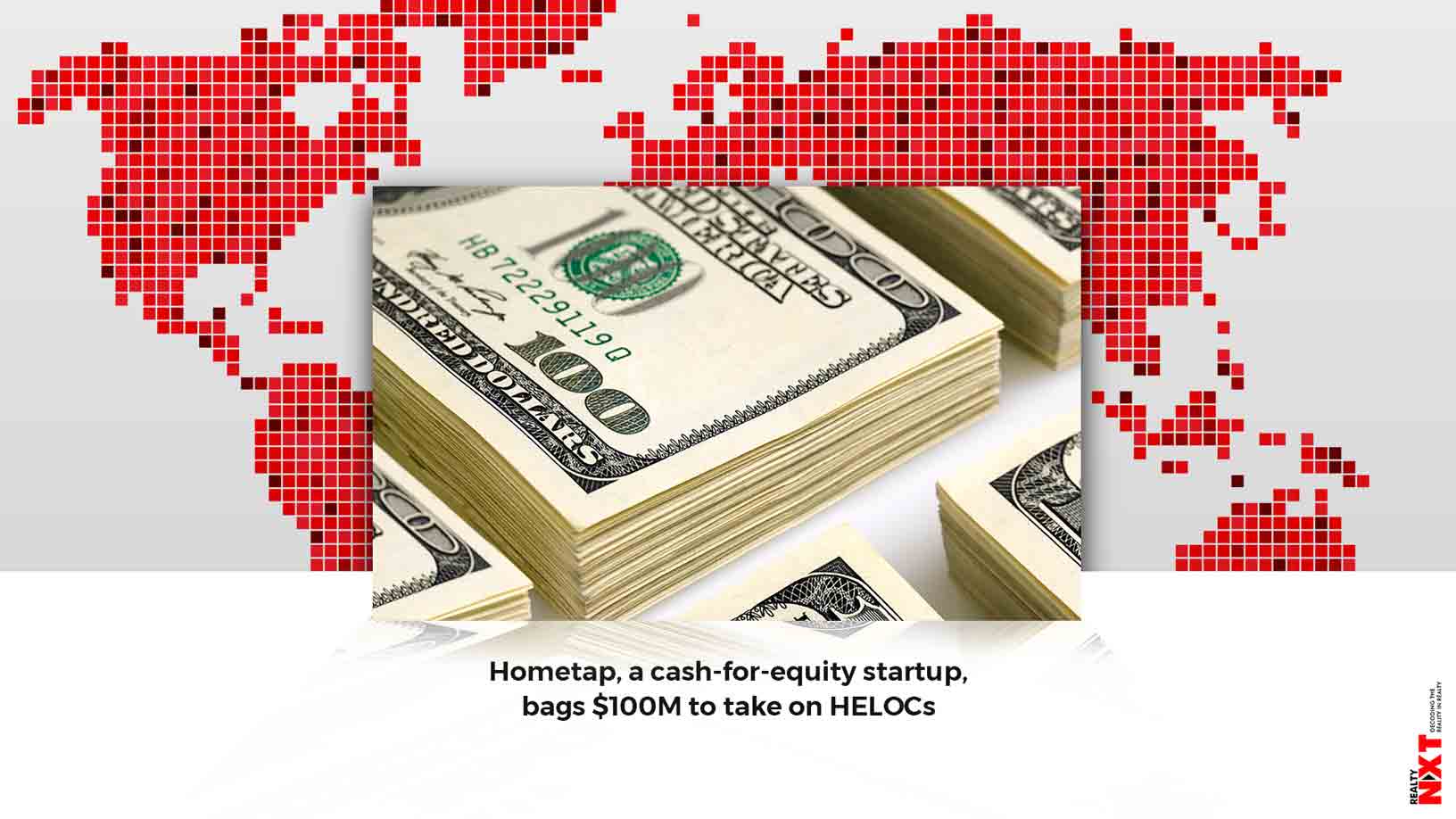 Investors and venture capitalists have found a new way to nibble up home equity: buy slices of homes from their owner-occupants.

Tuesday brought the latest evidence that the momentum behind this strategy is building. Hometap, which touts a “smart, new loan alternative for tapping into home equity without taking on debt,” announced $100 million in new funding.

Hometap raised the $100 million from ICONIQ Capital LLC, General Catalyst, G20, Pillar and American Family Ventures, the venture arm of AmFam Insurance. It wasn’t immediately clear how much, if any, of this funding was debt, and how much was equity financing.

“We’ve been working diligently towards our mission of making homeownership less stressful and more accessible for as many U.S. homeowners as possible, and we’ve had tremendous success thus far,” Hometap CEO Jeffrey Glass said in a statement.

“But the fact remains that the vast majority of homeowners are currently feeling ‘house rich and cash poor’, and there’s a lot more work to be done to make home equity investments an option that’s available to everyone.”

Hometap allows homeowners to sell a stake in their homes to investors. In exchange, investors receive a future payout from the owner after the value of said stake appreciates for up to 10 years (or, in a worst-case scenario, depreciates).

Unison, Point and Patch Homes are among other startups that have raised hundreds of millions of dollars to do the same. Unison even provides down payment assistance to everyday buyers from investors, also for a later cash-out based on the future value of the home.

These equity-for-cash products are cast as convenient alternatives to home equity lines of credit (HELOCs) or reverse mortgages, in which homeowners take out loans backed by the value of their homes.

But should a home’s value increase, financing from the likes of these startups can end up costing much more than HELOCs and reverse mortgages, whose interest rates are hovering around record lows.

For example, Point estimates that if the owner of a $1 million home sells a $100,000 stake in their home to the startup, the homeowner would owe Point $197,000 in five years if the home appreciated at an “average” level.

Should the owner choose to buy out Point at that time, they would end up paying the equivalent of an 11.9 percent APR, Point estimates. Home equity lines of credit, by comparison, can carry APRs of 5 percent or less.

Nonetheless, equity-for-cash startups allow homeowners to avoid “the stress of monthly payments and interest,” as Hometap puts it.

And if the value of a customer’s home goes down, at least for some of these products, the homeowner owner may end up owing the same or less as what they sold a slice of their home for.

It wasn’t clear from Hometap’s website whether this is the case with its financing. The website also doesn’t appear to provide estimates of its product’s potential cost. Hometap didn’t immediately respond to a request for comment.

But a company press release said that the startup’s “unique homeowner-first approach, coupled with its simple and transparent pricing model, has allowed the company to differentiate itself and achieve significant market share within the rapidly growing home equity investment category.”

If a homeowner doesn’t buy out Hometap after 10 years, they must either sell their home or take out a loan to pay off what they owe Hometap.