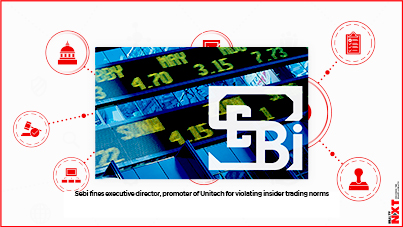 The orders follow a probe conducted by Sebi in the scrip of Unitech between October 2008 and December 2008.

Markets regulator Sebi on Thursday imposed a total fine of Rs 5 lakh on Unitech Ltd Executive Director Sanjay Chandra and its promoter Mayfair Capital for disclosure lapses with regard to change in their shareholding in the company.

The regulator has fined the promoters for violating Prohibition of Insider Trading (PIT) regulations.

“The regulation seeks to achieve fair treatment by mandating disclosure of timely and adequate information to enable shareholders to make an informed decision and ensuring that there is a fair and informed market in the shares of companies affected by such change in control,” Sebi said.

However, they failed to do so.

Accordingly, a fine of Rs 2 lakh on Sanjay Chandra and Rs 3 lakh on Mayfair Capital has been levied by the regulator.

In November, the regulator slapped a fine of Rs 2 lakh on Unitech Ltd for making wrong disclosure with regard to the shareholding pattern of some promoters.