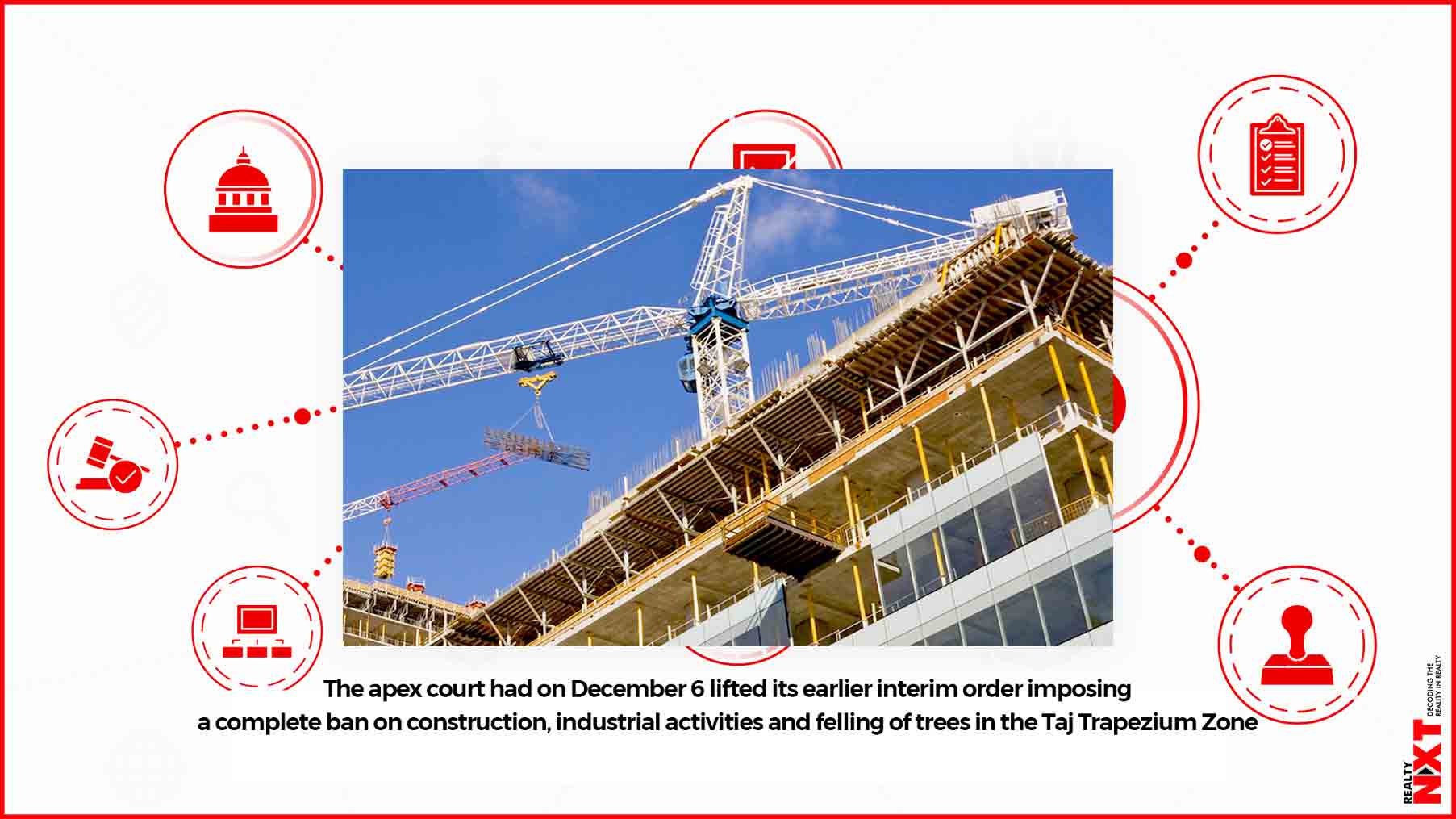 TTZ is an area of about 10,400 sq km spread over the districts of Agra, Firozabad, Mathura, Hathras and Etah in Uttar Pradesh and the Bharatpur district of Rajasthan.

A week after the Supreme Court lifted the stay on all construction activities in the Taj Trapezium Zone (TTZ), the Centre on Friday communicated the order to the concerned authorities, saying activities in the zone were eligible according to the top court’s directions. The Ministry of Environment issued the letter to the TTZ authority and the Agra commissioner, asking them to consider the revised order.

TTZ is an area of about 10,400 sq km spread over the districts of Agra, Firozabad, Mathura, Hathras and Etah in Uttar Pradesh and the Bharatpur district of Rajasthan. The apex court has been hearing a PIL of environmentalist M C Mehta on preserving the iconic Taj Mahal and its surroundings.

The apex court had on December 6 lifted its earlier interim order imposing a complete ban on construction, industrial activities and felling of trees in the Taj Trapezium Zone. It allowed the industrial units, which do not cause pollution but are in compliance with rules, to function.

They should also have a No Objection Certificate from the Ministry of Environment, the court had said. The Supreme Court bench said that heavy industries will continue to be banned in the same way.

The top court had on March 22 last year ordered ”status quo” (maintenance of existing condition) with regard to granting of ECs to various projects by authorities in TTZ till the time the vision document on protection and preservation of the Taj Mahal and surrounding environment was filed by the UP government.

The top court has been monitoring developments in the area to protect the monument, built by Mughal emperor Shah Jahan in the memory of his wife Mumtaz Mahal. The mausoleum is a UNESCO World Heritage Site.