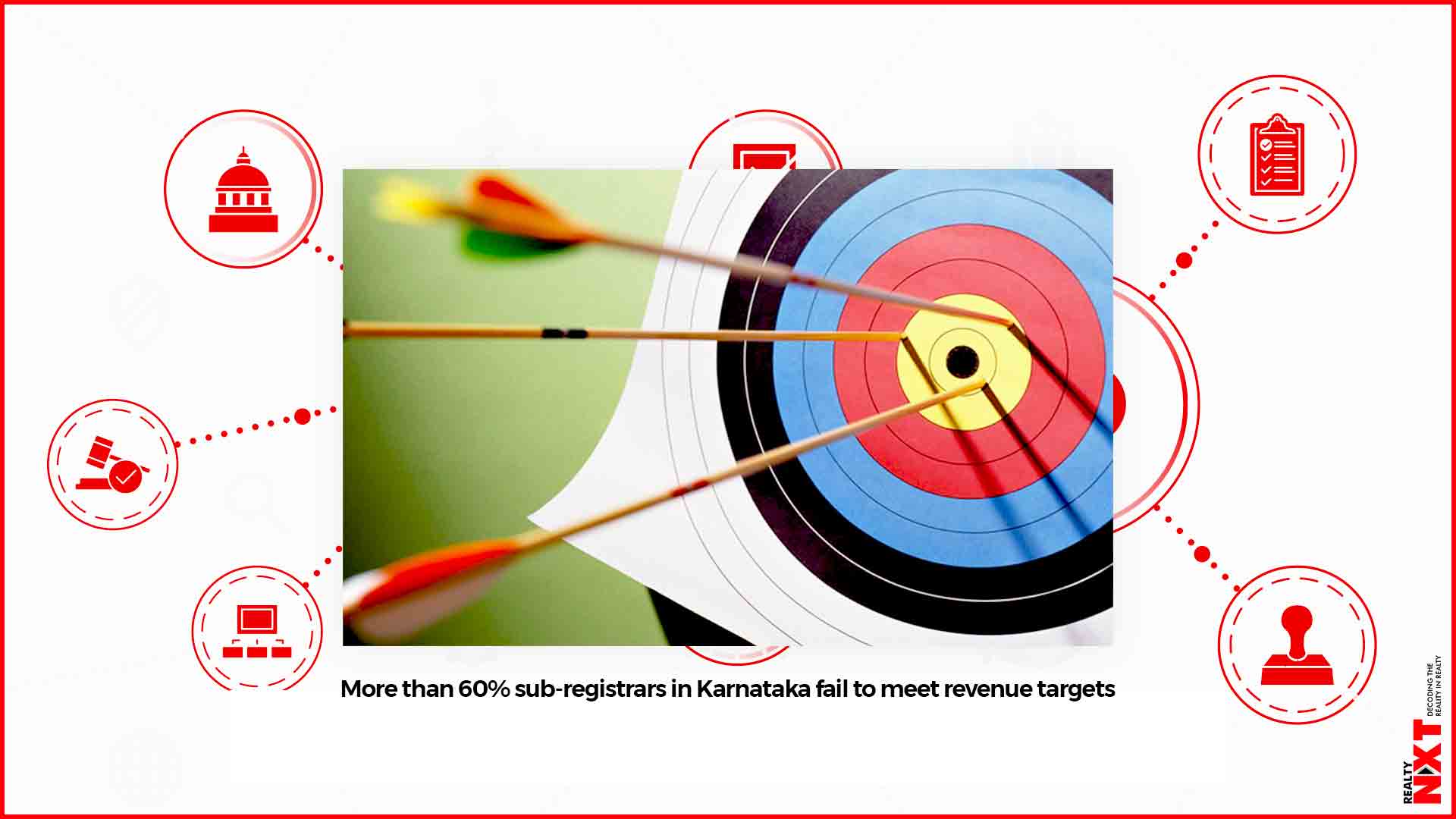 More than 60% of the 240 sub-registrar offices in Karnataka have failed to meet the revenue target set for the first seven months of the present financial year, indicating a continuing downtrend in the real estate sector in the state.

Responding to this, the government, in the last week of November, has written a letter to 146 sub-registrar offices, which together have reported a deficit of 17% for the period between April 1, 2019 and October 31, 2019.

Someshwar Reddy, immediate past chairman (Karnataka), Builders Association of India (BAI), said, “A combination of factors, from demonetisation to inflation, economic slowdown to lack of price correction in the market and from a stagnant job market to high rates of taxes, everything has had an impact on sales, which is reflecting on registrations in the state.”

Among the 146 offices, 33 are in Bengaluru urban district, four in Bengaluru rural and 13 in Mysuru. And, of these offices that have not met the 100% revenue target, some have a deficit of less than 1% like in Shivajinagar, while some others like Doddaballapur have a 35% deficit.

Explaining how wrong classification of documents could hurt the exchequer, one official said, “For instance, if a commercial property document is by mistake classified as residential, the duties to be paid will vary.”

However, said that there was no rampant undervaluation of properties happening in the state. “If at all, from what we have seen, there is some undervaluation in independent properties when officials collude with the owner, but those volumes aren’t big enough to hurt. When we speak of big projects, there is no question of undervaluation given the nature of business,” one of them said.

JC Sharma, vice-chairman and MD, Sobha Limited, “There is no denying that there is a general apprehension in the market, which has seen a lull in purchases being made and this may have affected the government’s collection.”

Both realtors and officials agreed that there could also be an impact of Real Estate Regulatory Authority being in place. “I don’t say this in a negative way, but there has been an impact on a lot of small developers who used to work by rotating cash from one project to another. Now, they are scared to register a property for sale before the construction has neared completion, unlike earlier,” one of them said.