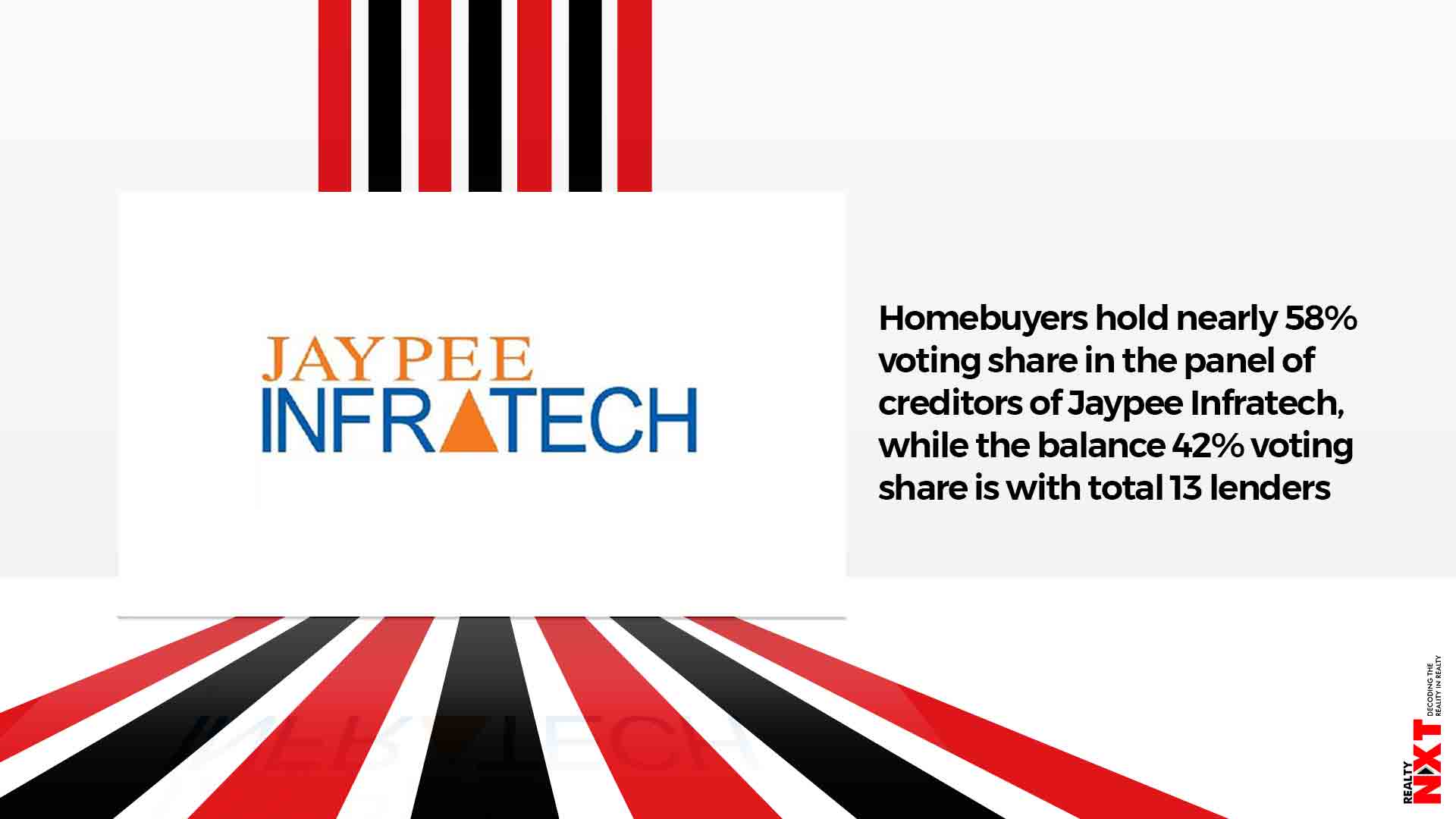 Legal experts believe that the probability of a resolution is high only when homebuyers select both bidders as votes in favour of either of the bidders would lead to higher chances of liquidation.

Over 22,000 homebuyers of realty developer Jaypee Infratech need to vote for both the bidders — state-run NBCC and Suraksha Realty — to ensure a resolution to get delivery of their apartments and avoid liquidation of the company.

Legal experts believe that the probability of a resolution is high only when homebuyers select both bidders as votes in favour of either of the bidders would lead to higher chances of liquidation.

Homebuyers hold nearly 58% voting share in the panel of creditors of Jaypee Infratech, while the balance 42% voting share is with total 13 lenders. The bids need at least 66% votes to ensure the resolution goes through.

“This is going to be first of its kind as two resolution plans have been put to vote simultaneously,” said Ashish Pyasi, Associate Partner, Dhir & Dhir Associates. “The question of votes getting split amongst the homebuyers will not arise. The split between the 13 lenders and homebuyers is possible but as the voting is simultaneous on both the resolution plan it may happen that both plans may get 66% voting.”

Both NBCC and Suraksha have revised their bids last week. According to the valuation matrix, gross value of NBCC’s offer is Rs 5,802 crore, while Suraksha Realty’s at Rs 6,440 crore.

The report prepared by RBSA Advisors, at the behest of CoC and IRP Anuj Jain, has highlighted that NBCC has proposed to transfer the expressway to lenders as part of its resolution plan, with a debt of Rs 2,200 crore, which will be a liability of lenders and it need to be serviced by them. According to experts, the valuation of expressway at Rs 4,484 crore is on the higher side as the actual offers may not be over Rs 3,000 crore.

The report pointed out that NBCC’s plan has mentioned that farmer’s compensation of nearly Rs 1,689 crore if arises shall be borne by ultimate end users including homebuyers, bankers, land owners to whom the land is already sold or will be given hereafter under the resolution.

The voting process for both homebuyers and lenders started on Tuesday and will conclude on December 16. This is the third round of bidding process that has been initiated on the direction of the Supreme Court.

As part of its revised bid, NBCC has advanced the date of completion for the projects to 3.5 years from 4 years earlier. It has also increased the land offered to lenders to 1,526 acres from 1,425 acres. NBCC has offered penalty of Rs 5 per sq ft a month for any delay in completion of the projects after the scheduled 3.5 years and grace period of 12 months. However, it is not offering any compensation for the past delays.

Suraksha will be paying Rs 250 crore to homebuyers as compensation for earlier delay and Rs 10 per sq ft for any delay on their part beyond the scheduled 3 years and grace period of 9 months. The Mumbai-based developer has raised its offer by increasing its cash offer to lenders to Rs 190 crore from the earlier Rs 25 crore. It has now offered 2,320 acres of land instead of 1,900 acres proposed earlier.