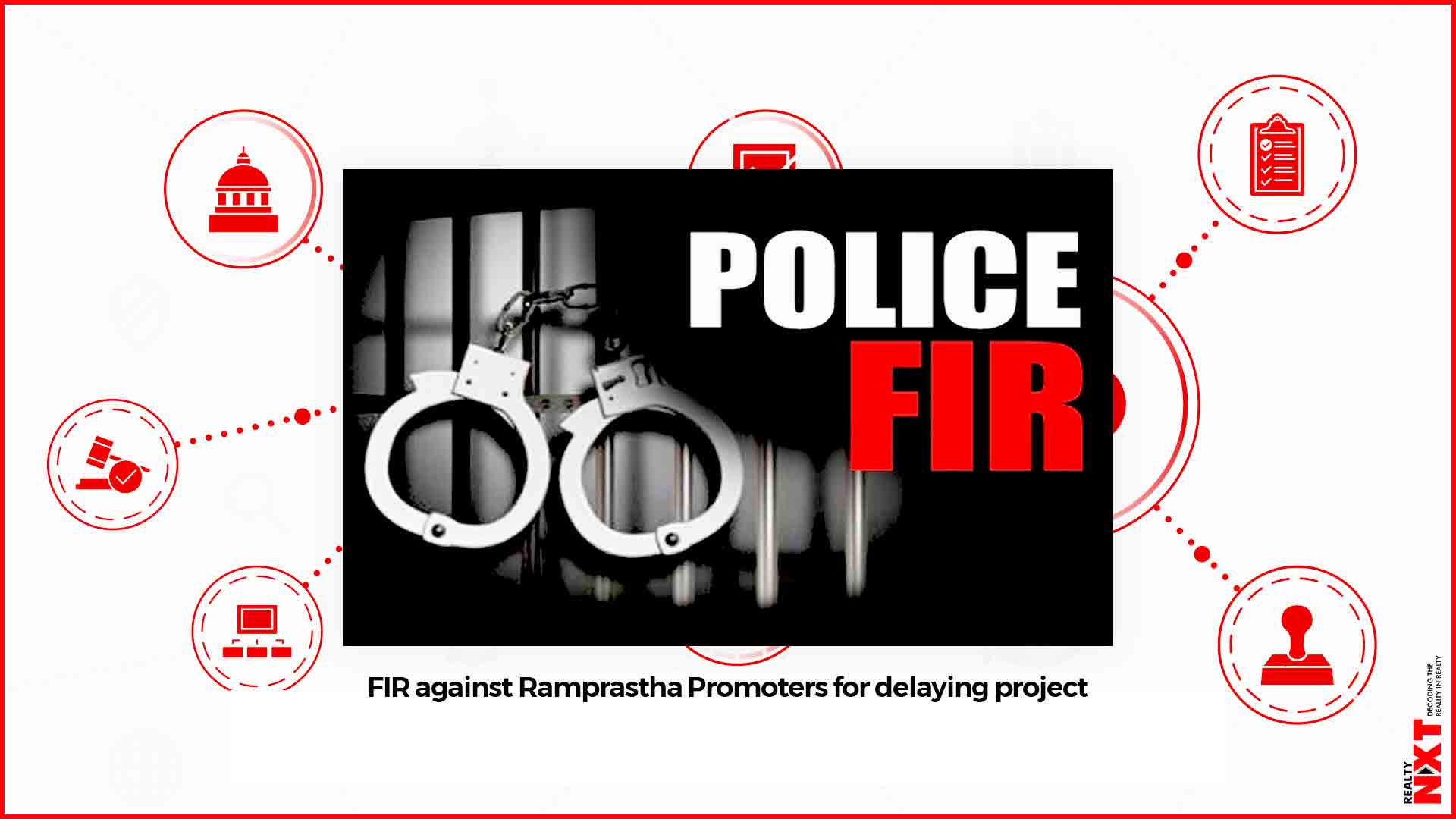 According to the FIR, Jain had purchased a 30 square yards plot for Rs 75 lakh in 2014 and the developer had promised the delivery by 2017.

An FIR has been registered against the Ramprastha Promoters Developers Pvt Ltd on the directions of a local court after a buyer — Sumit Kumar Jain — filed a complaint in Sushant Lok-1 police station, against the developer alleging delay in the handover of his plot in the ‘Ramprastha City Housing Project’ spread across sectors 92,93 and 95.

According to the FIR accessed by TOI, Jain had purchased a 30 square yards plot for Rs 75 lakh in 2014 and the developer had promised the delivery by 2017.

However, to date, the plot has not been handed over to the complainant.

“The accused company has failed miserably to handover the possession of the above-said plot resulting in huge loss and mental harassment to the complainant,” the FIR states, adding that due to the delay the complainant is being subjected to bear the additional cost burden of rent and interest on the borrowed amount.

“The complainant sent multiple reminders through emails and also personally visited the developer’s office but to no avail. When the complainant visited the site of the project, nobody knew about the project and nothing has been marked at the said land,” Jain’s lawyer told the court.

“An RTI query revealed that the developer never got a license for the project from the department of town and country planning and the landowners have taken the land back,” he said.

An FIR has been registered against the developer on the orders of the magistrate under Section 156 (3) of the CrPC.

“The company with the same modus operandi had done similar fraud in the past as well with many other people and also cheated and grabbed hard-earned money of many more people who came into his contact by using the same tactics and pre-planned drama,” the FIR added.

This is not the first such cases, last month a local court had ordered an FIR against Today Home Pvt Ltd developers on the directions of the district court for cheating a senior citizen —Vinay Agarwal — of Rs 90 lakh.

ALSO READ: Boshan Developers in the process of installing STP