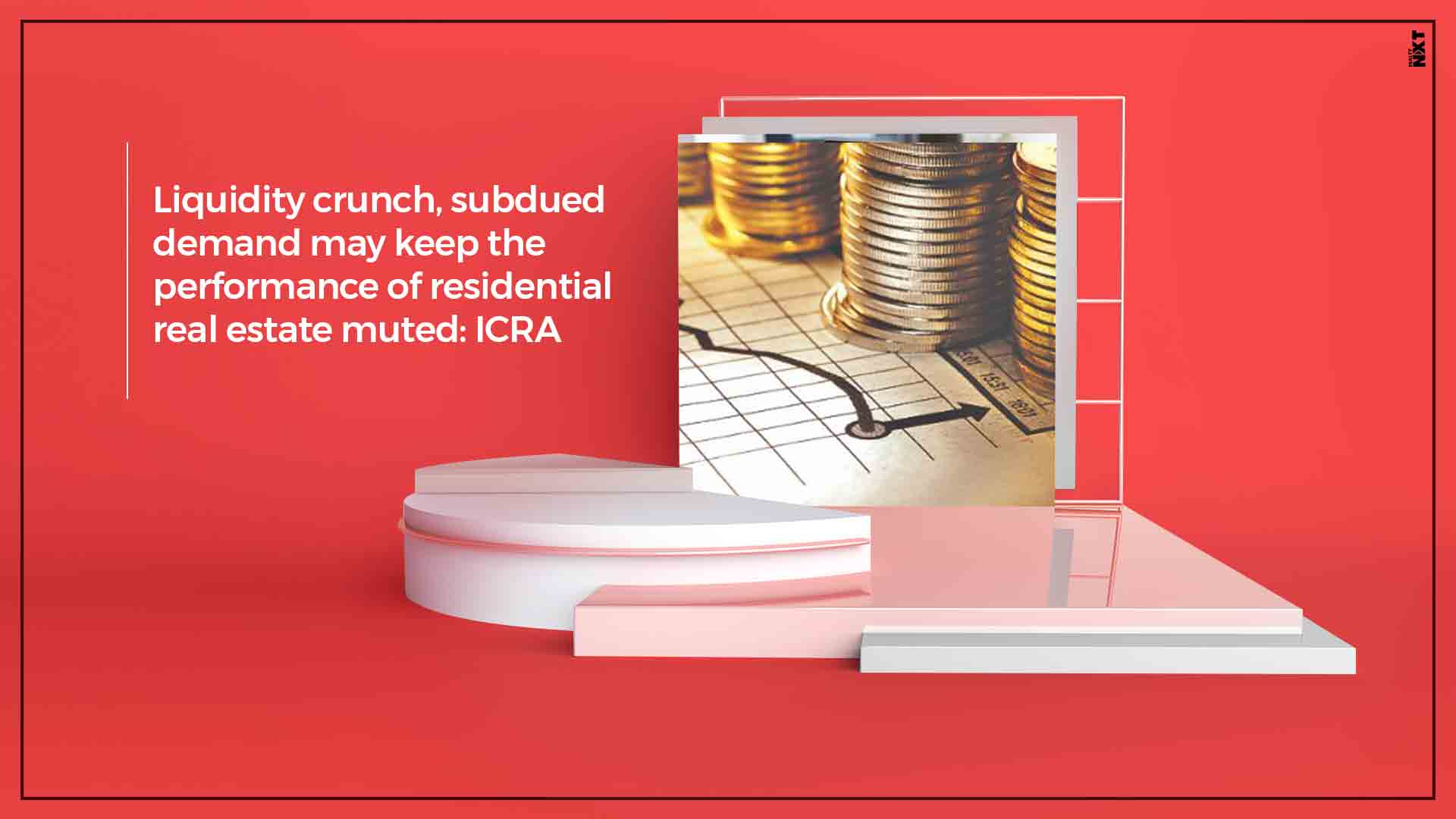 Commercial real estate was likely to benefit from robust demand and favorable tailwinds from the successful listing of first domestic REIT.

Liquidity crunch and subdued demand are expected to keep the performance of residential real estate muted but a consolidation of market share is expected to continue, with larger developers coming out on top. Commercial real estate is likely to benefit from robust demand and favorable tailwinds from the successful listing of the first domestic REIT says a report by a rating agency.

ICRA notes that the government’s measures, such as the establishment of a Rs 25,000 crore-fund for stalled housing projects, may alleviate some of the execution/delivery-related issues going forward. Also, certain categories, such as affordable housing developments and good quality completed inventory, especially by reputed developers, are expected to witness positive sales momentum, it says.

The performance of the residential real estate segment continues to be muted, owing to the prevailing liquidity crunch, high inventory overhang, weak affordability, and subdued demand conditions. Sales traction remains slow, particularly in markets with large unsold stock, such as Delhi-NCR, Mumbai-MMR, and Pune, resulting in continued over-supply. broad-based recovery in demand across the sector appears to be sometime away, it says.

Moreover, with most of the unsold inventory comprising either unit with high ticket sizes or units located in peripheral areas with weak network infrastructure, the challenges associated with the liquidation of the stock are expected to continue.

On the positive side, the sales in the sub-Rs 50 lakh segment have witnessed considerable momentum and given the government incentives for development and off-take of affordable housing units, positive trends in both demand and supply for this segment are expected to continue going forward, it says.

Further, with homebuyers increasingly leaning towards reputed developers with an established track record of on-time and quality project completion, larger players have also been registering healthy sales and project launch levels, despite the overall sluggishness in the industry. Thus, the market share of such developers has been increasing, and this trend in market consolidation is expected to continue.

Structural changes, including the implementation of RERA, GST, and IBC, as well as the earlier demonetization drive, have further underpinned this consolidation, and have supported confidence levels among home-buyers. Nonetheless, broad-based recovery in demand across the sector appears to be sometime away, it notes.

Larger and reputed developers with a strong focus on right-pricing and delivery are expected to continue to record healthy sales levels. Prices, however, are likely to move on a downtrend, driven not only by the continued focus of developers on keeping average ticket sizes affordable but also by the high inventory overhang and overall sluggishness in demand.

As for the Commercial segment, ICRA has given a stable outlook. The CRE segment has been relatively less impacted by the liquidity issues that have constrained funding availability in the residential realty segment, it notes.

Notwithstanding concerns about an ongoing domestic economic slowdown, demand for office space has been resilient on the back of expansion and consolidation plans of various multi-national and domestic corporations. The financing environment for the segment is also favorable in light of the successful listing of the first Real Estate Investment Trust (REIT) in India, as well as the strong interest for rental yielding assets demonstrated by foreign investment funds.

Most of the tier 1 markets have witnessed stable or increasing absorption of office space during 2019 as compared to 2018. Markets such as Bengaluru, Hyderabad, Delhi-NCR, and Mumbai witnessed increased completions during the year, partly on account of the upcoming sunset date for SEZ benefits in March 2020.

Co-working companies were among the largest occupiers of office space in the past two years; while the interest in the space continues to be high, the increasing market skepticism about the valuations in the segment may result in some moderation in growth plans for a large number of the co-working companies. Along with the office leasing segment, the industrial warehousing and retail mall segments have also benefited from stable demand profile from occupiers and favorable investment outlook. The demand for industrial warehousing, in particular, has been driven by large scale expansion of warehousing and logistics facilities for e-commerce market places and third-party logistics service providers, it says.