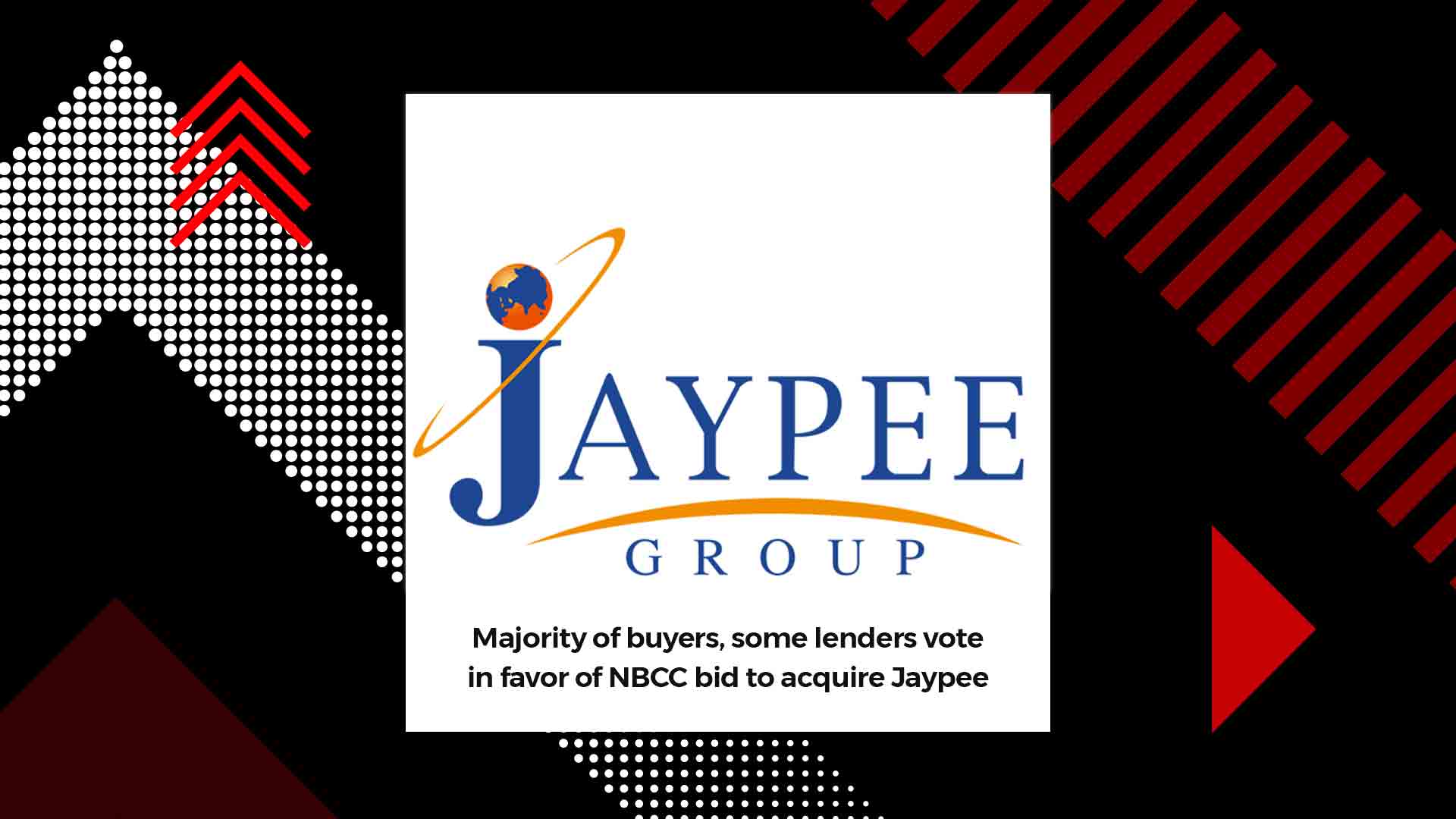 As many as 13 banks and over 23,000 homebuyers have voting rights in the Committee of Creditors. Buyers have nearly 58 percent votes. For a bid to be approved, 66 percent of votes are required.

The majority of homebuyers and many lenders, including IDBI, have voted in favor of state-owned NBCC bid to acquire debt-laden realty firm Jaypee Infratech in an ongoing insolvency process, sources said. The simultaneous voting to bids of both the contenders – NBCC and Mumbai-based Suraksha Realty – started on Dec 10 and ended tonight at 11.59 pm.

As many as 13 banks and over 23,000 homebuyers have voting rights in the Committee of Creditors. Buyers have nearly 58 percent votes. For a bid to be approved, 66 percent of votes are required.

According to sources, most of the home buyers have voted in favor of NBCC, while some lenders including IDBI and IIFCL too supported the resolution plan of NBCC.

The final voting result is yet to be declared.

This is the third round of the bidding process, initiated in the direction of the apex court.

On Yamuna Expressway, NBCC has proposed to transfer the road asset to lenders but before that, it would take a loan of around Rs 2,500 crore against toll revenue to fund construction spend. Suraksha will keep expressway.

For homebuyers, NBCC has proposed to complete about 20,000 flats in three and a half years, while Suraksha in three years.

Suraksha Realty has also kept aside Rs 250 crore worth of land for paying penalty to homebuyers for past delays.

In Jaypee Infratech, NBCC has offered to infuse Rs 120 crore, while Suraksha Rs 25 crore as equity.

Jaypee Infratech, a subsidiary of crisis-hit Jaiprakash Associates, went into the insolvency process in August 2017 after the National Company Law Tribunal admitted an application by an IDBI Bank-led consortium.

Anuj Jain was appointed as an Interim Resolution Professional to conduct the insolvency process and also manage the affairs of the company.

In the first round of insolvency proceedings conducted last year, the Rs 7,350-crore bid of Lakshadweep, part of Suraksha Group, was rejected by lenders. The Committee of Creditors rejected the bids of Suraksha Realty and NBCC in the second round held in May-June this year.

The matter reached the National Company Law Appellate Tribunal and then the apex court.

On Nov 6, the Supreme Court directed completion of Jaypee Infratech’s insolvency process within 90 days and said the revised resolution plan will be invited only from NBCC and Suraksha Realty.