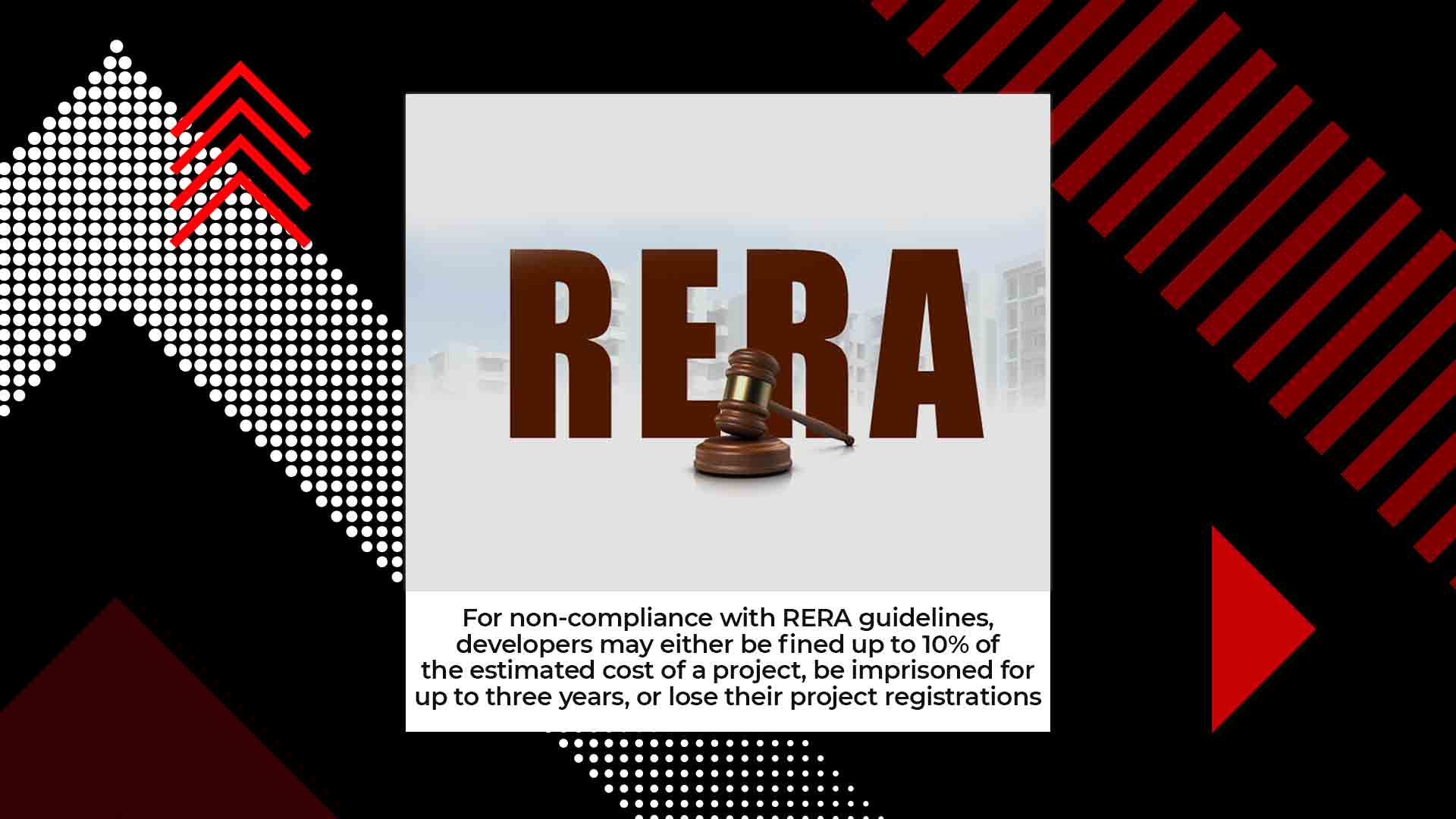 Housing project delays are perpetually under a tainted spotlight and the country’s top judiciary, including Supreme Court and consumer courts, maintain that homebuyers cannot be made to wait indefinitely for the possession of their flats.

The National Consumer Disputes Redressal Commission (NCDRC) has announced that buyers can seek refunds if possession is delayed by one year beyond the date promised by the developer. According to a consequent NCDRC order, a developer must pay a penalty at 6% per annum on the amount deposited by the buyer for delayed period.

Project delays are a nationwide problem and not restricted to any particular region. While there have been several protests and judicial action by homebuyers against developersin NCR, other cities such as Bengaluru and Mumbai have also seen homebuyers joining forces to fight for their rights. Stressed buyers across various states have filed complaints with their respective state RERA and have sought legal recourse.

RERA is still a multi-faceted story rather than a uniform, nation-wide market force. There is no doubt that it has empowered homebuyers and given them a platform from which to hold errant developers accountable. This is not inconsequential – for the very first time, homebuyers have a forum to resolve their issues and get time-bound relief.

For non-compliance with RERA guidelines, developers may either be fined up to 10% of the estimated cost of a project, be imprisoned for up to three years, or lose their project registrations. In a first in India, UP RERA deregistered a residential project in Noida in mid-2019, enabling affected homebuyers to either self-complete the project or appoint another entity. This move set a wholesome precedent.

However, RERA implementation has also been patchy, and there have been several problems in its execution. Even now, it does not provide any watertight solutions to the problems plaguing the real estate sector. Homebuyers in many states have been waiting incessantly for their complaints to be addressed, and continue to suffer due to delayed adjudication.

RERA – Not the Only ‘Show’ in Town

That said, other judicial forums such as the Supreme Court have also empowered homebuyers with landmark judgements such as the cancellation of a major developer group’s RERA license. Earlier, the apex court had also stated that, in case of delays, interest rates need to be uniform for both developers and homebuyers. The NCDRC’s announcement allowing buyers to seek refunds in cases of indefinite delay has also provided relief to homebuyers.

The Supreme Court also passed a landmark judgement upholding the validity of an amendment to the Insolvency and Bankruptcy Code (IBC), consequentially upholding the interests of lakhs of beleaguered homebuyers. This decision is crucial, as it has expanded the scope of IBC and vested homebuyers with the same powers as banks and institutional creditors.

Aggrieved homebuyers now have the right to initiate bankruptcy proceedings against errant developers and are free to take legal action under three key laws – RERA, Consumer Protection Act, and IBC. However, a recent amendment to the IBC sets a caveat for homebuyers to file an insolvency case against errant developers. As per the new rule, a minimum of 100 buyers or 10% of the total homebuyers are required to be on board for filing for bankruptcy.

This is good for real estate developers because previously even a single complaint by one homebuyer would drag a developer into a insolvency cases. In various cases, the previous clause was seen to be detrimental for many developers and their projects.

Other Legal Options for Homebuyers

Apart from registering a complaint with the state RERA, homebuyers also have the following legal options:

In case of the Amrapali Group judgement, the Supreme Court has instructed the National Buildings Construction Corporation (NBCC) to complete all pending projects of the developer.

Developers facing liquidity issues are diluting the equity locked in their land holdings to complete unfinished projects. Several realty firms have signed JDAs to monetize their land and joined forces with stronger developers with superior financial bandwidth and development capability. This trend is particularly visible in the National Capital Region (NCR), where cash-strung developers with sizeable land parcels are looking at partnerships to complete stuck projects.

The recently-announced alternative investment fund (AIF) of INR 25,000 Crore is also garnering a good response and applications are rolling in. The AIF will be instrumental in klick-starting a multitude of stuck projects to completion, thereby letting both developers and buyers off a painful hook and bringing an end to stalemate situations which seemed hopeless before

It should also be borne in mind that developers have been feeling a lot of heat due to serious lack of funds and are struggling to complete unfinished projects. The NBFC crisis further aggravated matters and developers have had no choice but to slow down on new launches. Furthermore, RERA implementation has forced developers to focus on timely delivery and complete their ongoing projects rather than launch new ones – which is obviously good for homebuyers.

As per ANAROCK research, new supply has certainly been restricted across top cities and is nowhere close to earlier peak levels. For instance, year 2014 saw as many as 5.45 lakh new units being launched across the top 7 cities. This dropped to a mere 1.46 lakh units in 2017 – post demonetization and implementation of RERA. Only from 2018 onward has there has been a gradual rise in the new supply (over 1.95 lakh units in 2018, and estimated to have crossed 2.3 lakh by 2019-end).

RERA has certainly made developers extremely cautious, and this caution benefits them as well as their customers. However, while it may have been envisioned as an all-powerful panacea, RERA is still work-in-progress in some parts of the country and even a non-starter in others.

Meanwhile, home buyers should know that they have other options for getting justice.

ALSO READ: Building permits in US rises 1.4% in November