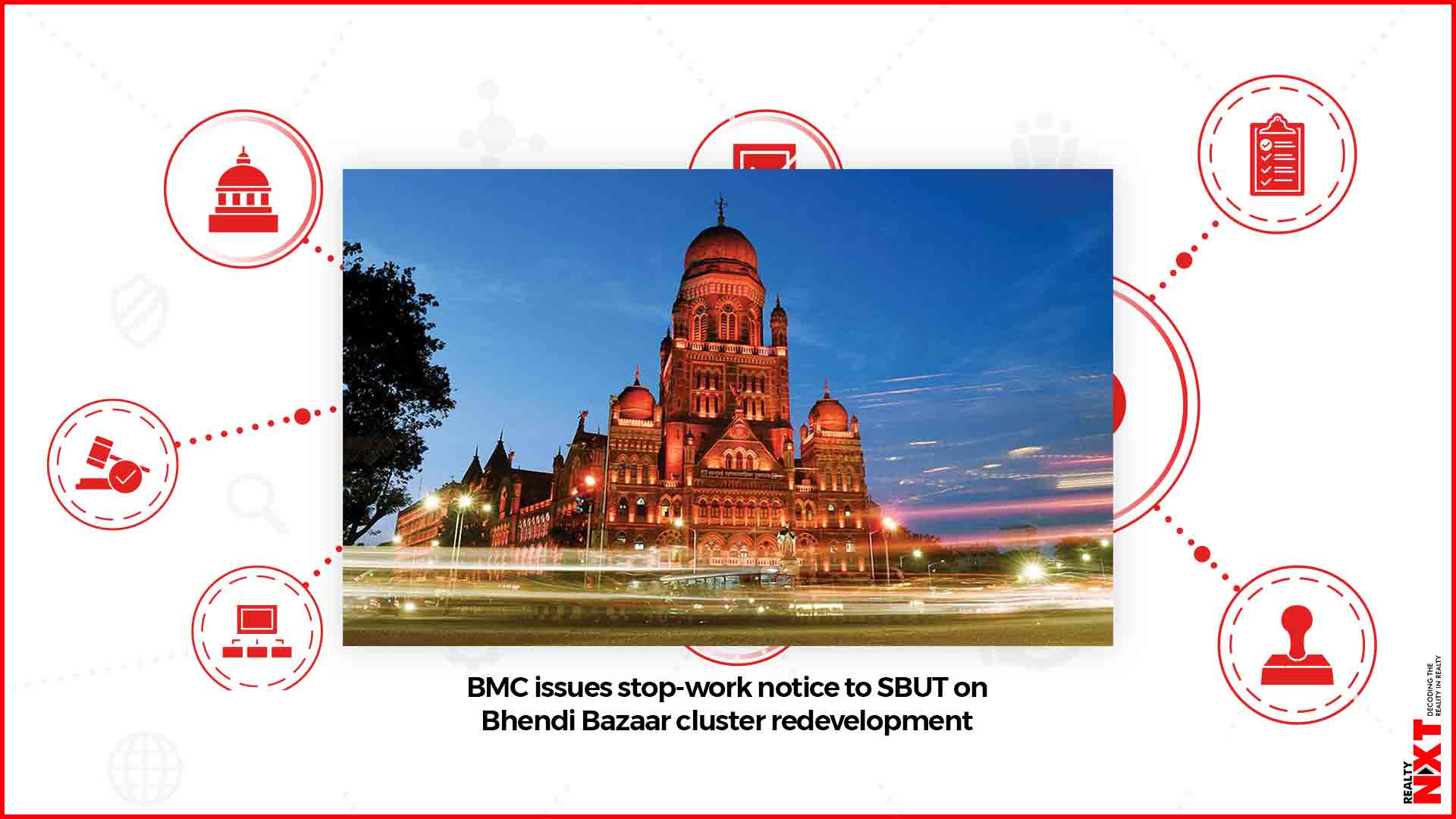 The BMC has issued a stopwork notice to the Saifee Burhani Upliftment Trust (SBUT) for initiating construction work on one of its proposed seven clusters, without the mandatory commencement certificate from the building proposal (BP) department.

The project in the heart of the city involves the cluster re-development of 280 building spread across 16.5 acres of Bhendi Bazaar, in South Mumbai. The project announced in 2008 by the then Syedna of the Bohra community, has seen several hurdles, with landlords refusing to sell and residents, especially from the Muslim community, unwilling to move out.

So far the trust has been able to complete construction of only two of the 13 proposed buildings situated in cluster three of the project. Al Sa’adah, one of these two buildings, has two wings of 41-storey each, which will be used to rehabilitate 600 of the over 2000 families who had moved out. Less than 50 residents, reportedly, have moved in so far, the process starting earlier this month.

Chakapani Alle, Assistant Municipal Commissioner, C Ward, said that the stop-work notice was issued to a part of the SBUT project following a letter from the BP department. “We got a letter from the department saying that it had not issued a commencement certificate (CC) to the part of the project where construction had already begun,” Alle said.

Officials said that without obtaining the CC, SBUT was carrying out piling and construction work. “We will wait for the BP’s letter now. Without their nod and SBUT’s certificate, we won’t allow any construction work,” the official said.

According to a video released by SBUT and its official architect ‘Tricone’ the project is likely to have 1900 sale apartments and 3200 rehabilitation apartments, and will have 4.3 acres of podium level open space.

As per a notification, the cluster redevelopment has been declared a public purpose project and the collector is in the process of acquiring buildings from 21 landlords who are unwilling to sell them to SBUT under the Right to Fair Compensation and Transparency in Land Acquisition, Rehabilitation and Resettlement Act, 2013.

“Given the complexities and magnitude of the project, there were some regulation interpretation and changes. We are now in the process of obtaining further Commencement Certificate,” said an SBUT spokesperson.

ALSO READ: Renovation of Paltan Bazaar is expected to be completed by December 2020