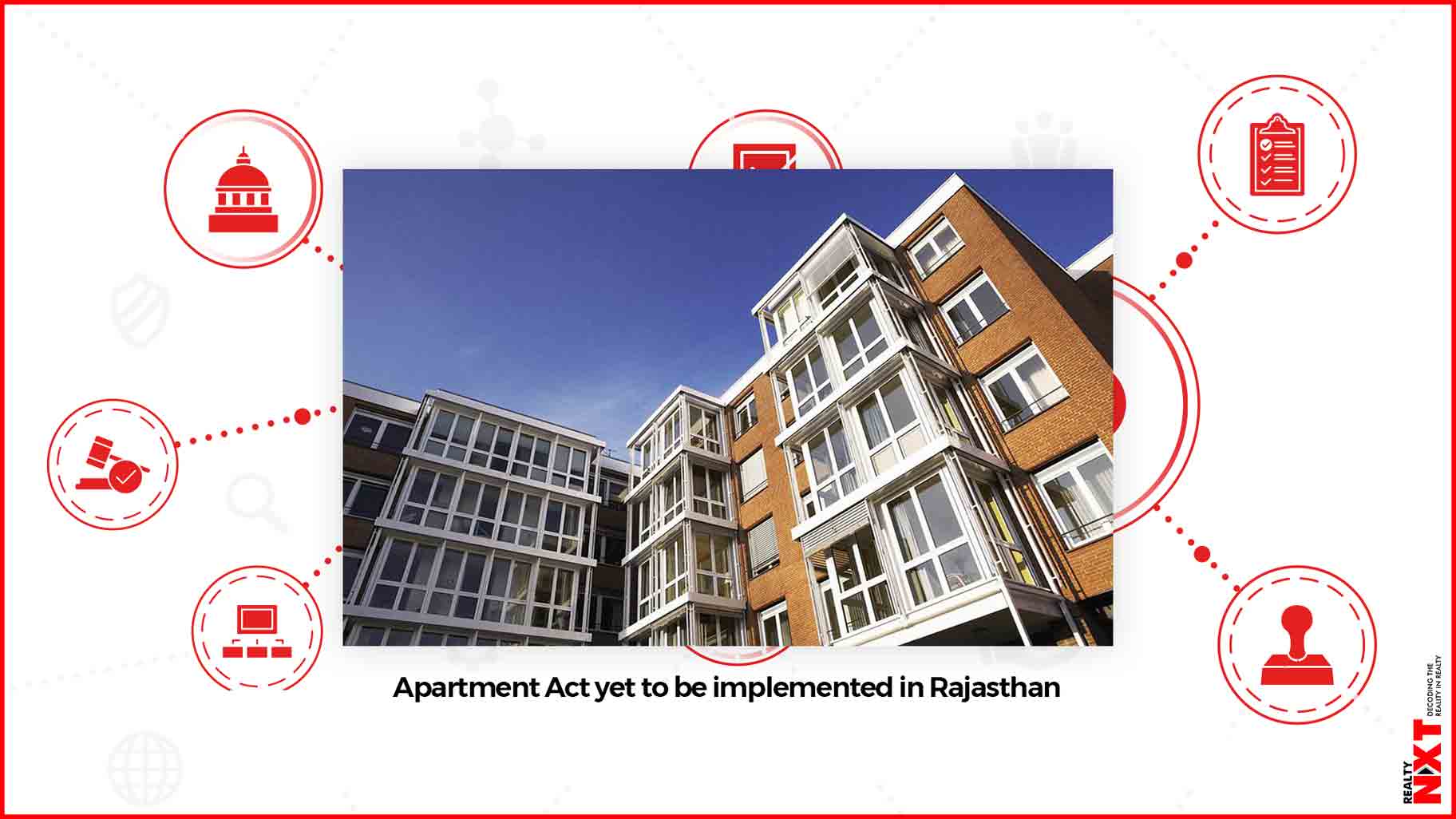 Implementation of the Apartment Ownership Act, which ensures land rights of flat owners, is moving at a snail’s pace in the state.

The Act, despite getting a nod from President Ram Nath Kovind in July, is yet to come in force. Though rules of the act have been framed, the draft waits for final legal opinion.

An official at the urban development and housing (UDH) department said, “The rules of the Act are being framed. Once it receives administration and legal approval, suggestions and objections will be invited before implementation. It would take at least a month’s time.”

UDH minister Shanti Dhariwal had earlier directed officials to frame the rules by November 15 and implement it by end-November.

Currently, apartment owners in multi-storey buildings do not have land rights. Sources said according to the Act, every person to whom any apartment is allotted, sold or transferred by the promoter, will be entitled to exclusive ownership and possession of the property.

The Rajasthan Apartment Ownership Act was passed in the state assembly on April 8, 2015. An official informed TOI that on April 24, the Act was sent to the central government for approval. The Centre directed the government to remove clauses 6, 11 (1) & (2) from the draft to avoid conflict with the Centre’s Real Estate Bill.

“The governor in February 2018 sent the Act to the state government for re-examination. The amended Act was passed in March in the assembly. The Act, which was sent to the President in April 2018, was given final approval in July,” said the official.