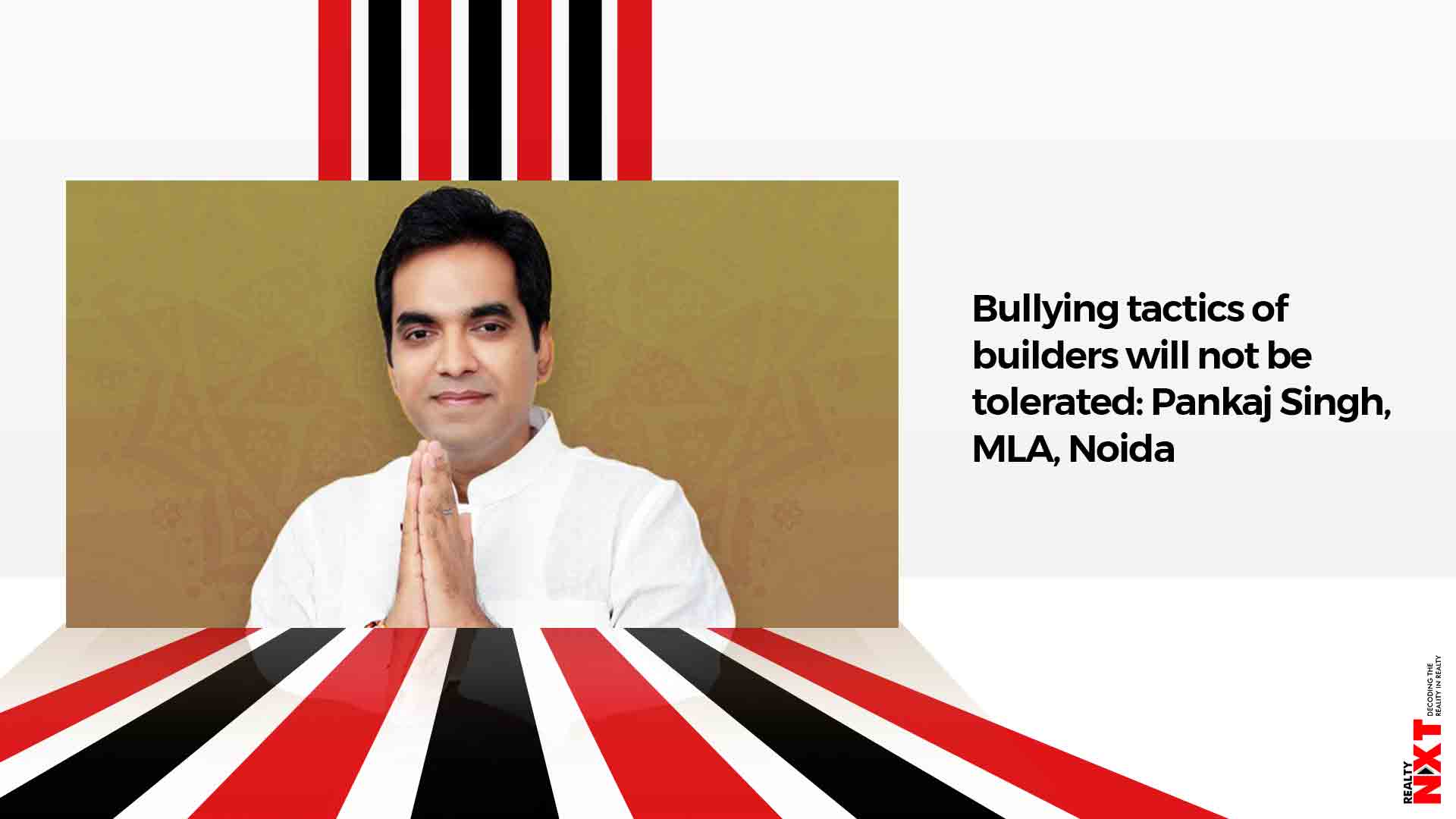 He also advised the Noida Authority officials present there to see to it that an apartment owners’ association be formed to look after the affairs of the society.

Pankaj Singh, MLA, Noida said the Uttar Pradesh government will not tolerate the bullying tactics of builders against home buyers and he would be on the forefront of the homebuyers’ fight for justice in every case.

During an interaction with the residents of Divine Meadows apartments in Sector 108 of Noida, when the residents pointed out that the builder, Divine Infrastructure, has raised fresh money demand on them for flats that had been handed over to them five years back with no-dues and possession certificates, the BJP MLA said such demands are illegal and he would ask Noida Authority to take immediate steps to safeguard the residents against such harassments.

“I will personally speak to the CEO of Noida Authority to get this issue addressed,” he assured the residents.

He also advised the Noida Authority officials present there to see to it that an apartment owners’ association be formed to look after the affairs of the society.

When the residents pointed out that the builder has taken over the society club, for which each buyer had paid hefty sums towards membership fees, and used it for commercial purposes for his own profit, the MLA asked officials of Noida authority present at the venue to immediately ensure that the club be handed over the residents.

The panel has already been meeting with buyers and builders to find solutions to the problems faced by them.