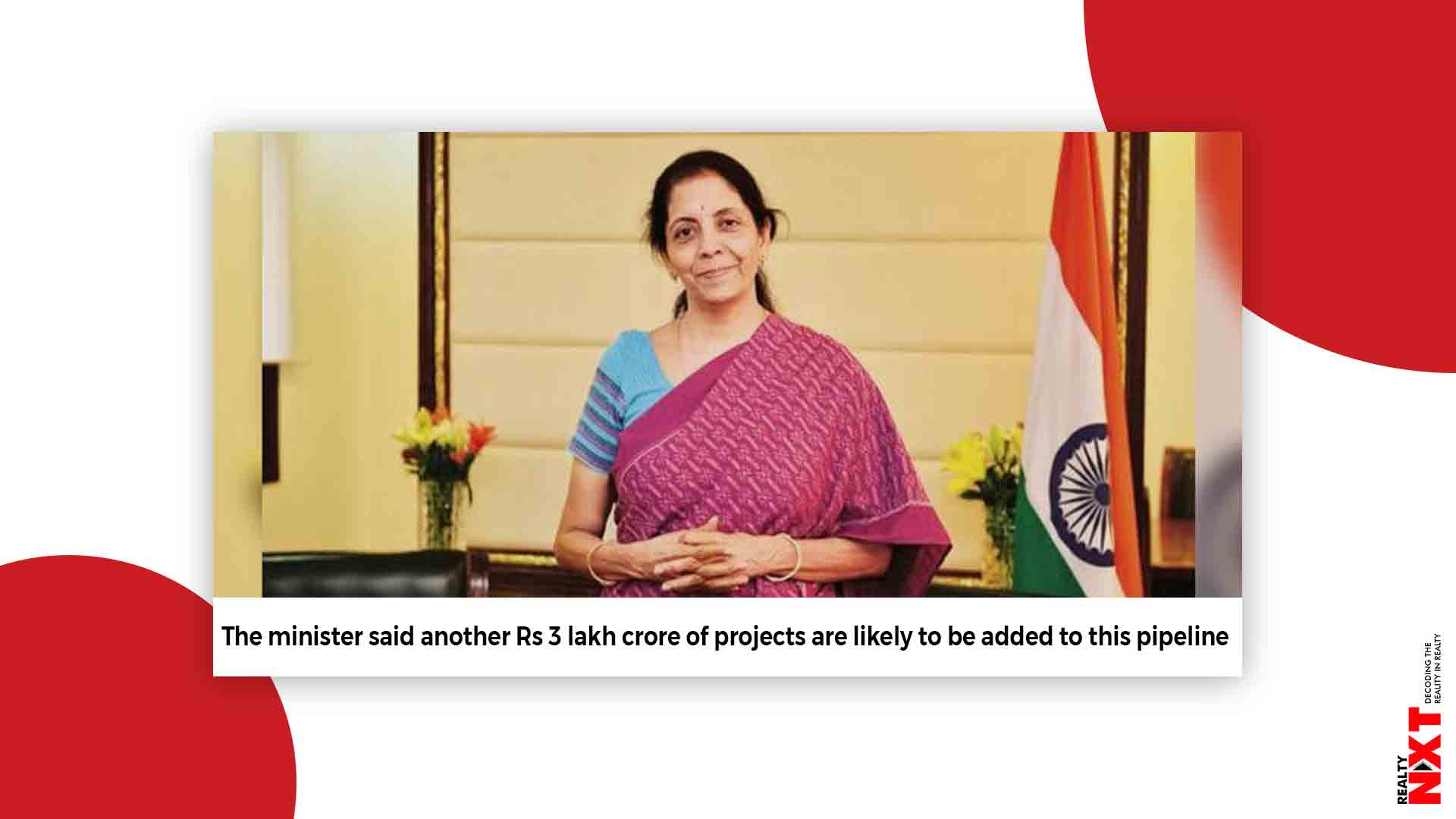 These projects are on top of Rs 51 lakh crore spent by the Centre and the states during the last six years.

Finance Minister Nirmala Sitharaman on Tuesday unveiled Rs 102 lakh crore of infrastructure projects that will be implemented in the next five years as part of the government’s spending push in the infrastructure sector.

Subsequently, a task force identified Rs 102 lakh crore worth of projects after conducting 70 stakeholder consultations in a short period of four months, she said.

The minister said another Rs 3 lakh crore of projects are likely to be added to this pipeline.

These projects are on top of Rs 51 lakh crore spent by the Centre and the states during the last six years, she said adding the new pipeline consists of 39 per cent projects each by the Centre and states and the balance by 22 per cent by private sector.

She said the projects identified are in sectors such as power, railways, urban irrigation, mobility, education and health.

These sectors will form the bulk of the infrastructure investment under National Infrastructure Pipeline being announced on Tuesday, Sitharaman said.

ALSO READ: No EMIs from buyers to avail ‘zero-period’ waiver