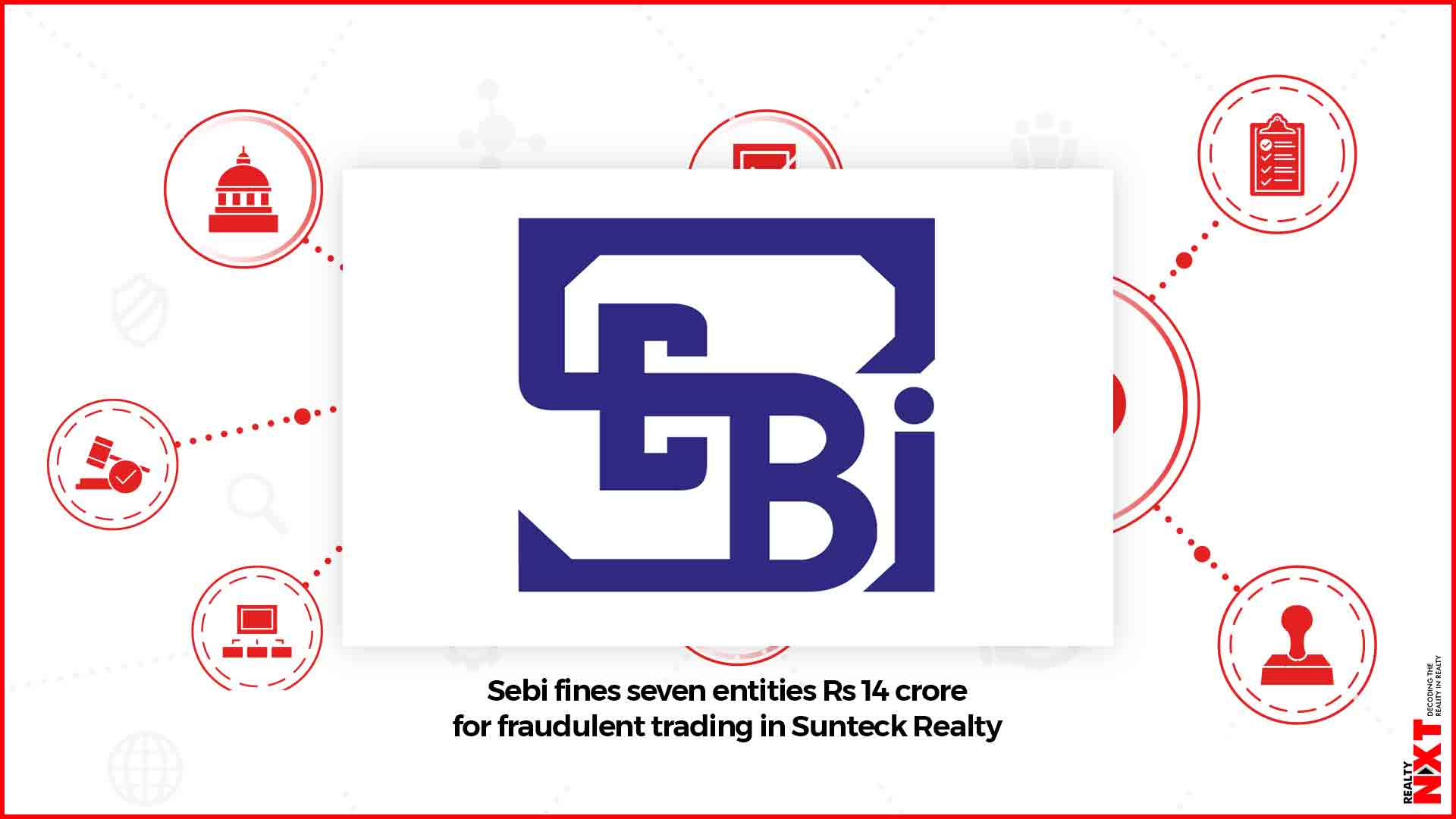 The entities have been penalised for executing circular trades among themselves, thereby violating Prohibition of Fraudulent and Unfair Trade Practices (PFUTP) norms.

Market regulator Sebi has slapped a total fine of over Rs 14.4 crore on five entities, an amount twice the ill-gotten gains made by them while fraudulently trading in the scrip of Sunteck Realty Ltd.

Of these, the two entities– Jitendra Joshi and Shripal Shares and Securities Ltd– that have incurred losses are facing a fine of Rs 5 lakh each.

The entities have been penalised for executing circular trades among themselves, thereby violating Prohibition of Fraudulent and Unfair Trade Practices (PFUTP) norms.

By trading in the scrip of the firm, the entities made a combined profit of over Rs 7.24 crore.

The matter pertains to a probe conducted by Sebi between April 2007 and August 2008 on receipt of an alert in its surveillance system with regard to the price movement and trading pattern in the scrip of Sunteck Realty.

They transferred shares through off-market route to a large number of other entities, who then sold the shares in the market so as to give an impression of widespread trading in the scrip of Sunteck. This contributed significantly to the market volume as well as price rise in the scrip, Sebi said.

“In the present case, the Noticees, which are found to be connected to each other, contributed significantly to the market volume in the scrip of Sunteck during the period of investigation, which was as high as around 75-80 per cent in four months,” it added.

While imposing the fine for violating PFUTP norms, Sebi said a penalty amount twice the ill-gotten gains may be appropriate and levied a total fine of Rs 14,48,18,966.