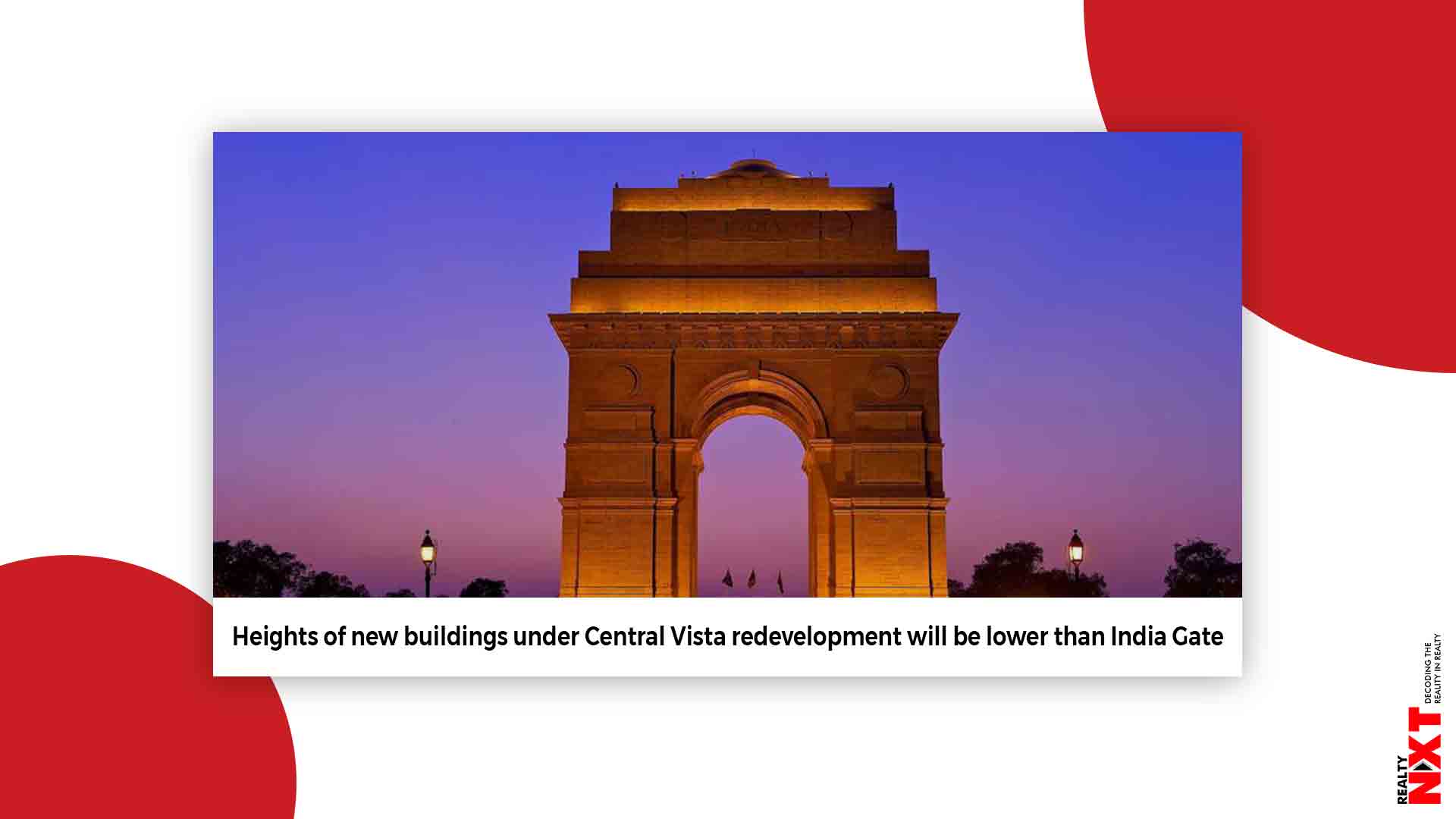 They said that the central government will construct eight seven-storey buildings in Lutyens’ Delhi to accommodate offices of various ministries. These will be built after demolishing a few major buildings.

Heights of the new Parliament building and other structures under the government’s ambitious Central Vista redevelopment plan are likely to be lower than the iconic India Gate, sources said on Tuesday. They said that the central government will construct eight seven-storey buildings in Lutyens’ Delhi to accommodate offices of various ministries. These will be built after demolishing a few major buildings.

The redevelopment plan is also likely to include a triangular Parliament building next to the existing one, which is expected to be completed by 2022, sources said, adding that there is also plan to shift the prime minister’s residence near the Parliament complex.

The existing Parliament building will remain the same, and offices of ministers and MPs will be in a new building.

They said that Vigyan Bhavan, Shastri Bhawan, Krishi Bhawan and Transport Bhawan are among buildings that are likely to be demolished during the redevelopment of Central Vista.

However, no heritage buildings will be demolished.

In September this year, the Narendra Modi government had unveiled its mega plan to redevelop the over three-km stretch from Rashtrapati Bhavan to India Gate in Lutyens’ Delhi.

The government on September 2 floated a request for proposal for the “development or redevelopment of Parliament Building, Common Central Secretariat and Central Vista”.

“We will construct a new building of Parliament in a plot near the existing one. We will also construct eight new buildings which will accommodate offices of various ministries. Heights of all these buildings will be lower than the India Gate,” one of the sources said.

The height of India Gate is around 42 metres.

They said that by February, tenders for the project will be floated after getting permissions from all authorities concerned.

In September, Union Housing and Urban Affairs Minister Hardeep Singh Puri had said the British ruled India for 190 years and they had good architects who built buildings which are now part of the country’s cultural heritage.

“North and South Blocks should be made museums that reflect 190 years (of British rule)…What will happen to the Parliament building? We will construct a new building which will connect Parliament through an underground pathway,” Puri had said.

The minister had said buildings that had been built in 1960s and 70s should have been torn down many years ago.