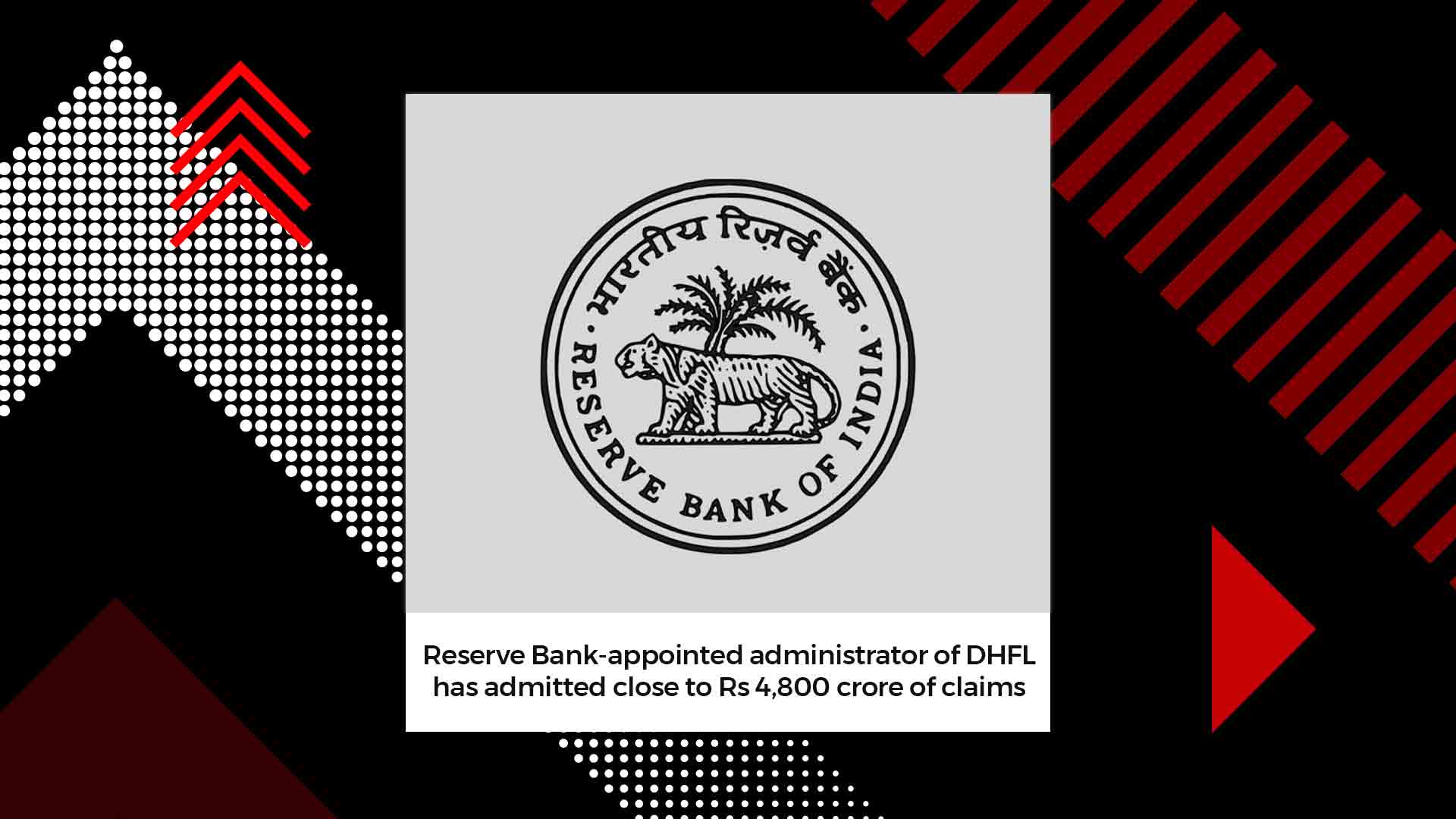 Nearly 55,000 public depositor holders, including retail and UP Power Corporation Employees, have demanded payments aggregating to Rs 5,200 crore from the troubled mortgage players as of December 17.

The Reserve Bank-appointed administrator of beleaguered Dewan Housing Finance Limited (DHFL) has admitted close to Rs 4,800 crore of claims submitted by fixed deposit holders of the company, a source said.

Nearly 55,000 public depositor holders, including retail and UP Power Corporation Employees, have demanded payments aggregating to Rs 5,200 crore from the troubled mortgage players as of December 17.

“The claims from fixed depositors that have been admitted, so far, are Rs 4,800 crore,” a source said.

With this, the total amount of claim received by the company’s administrator, R Subramaniakumar, who is also the resolution professional, from financial creditors, operational creditors, employees, fixed deposit holders, and other creditors has touched approximately Rs 93,105 crore.

Against that, around Rs 85,800 crore of claims have been admitted, so far, said a banker.

Following an NCLT order dated December 3, Subramaniakumar, through a public notice, had asked all the creditors including fixed depositors to submit their claims by December 17.

Last week, the committee of creditors met for the first time after the stressed financier was admitted for insolvency proceedings on December 2.

Subramaniakumar informed the creditors about the status of the claims made so far during the meeting.

Among the financial creditors, the country’s largest lender, State Bank of India, including SBI Singapore, submitted the highest claim of Rs 10,082.90 crore. However, claim which has been admitted from SBI and SBI Singapore is Rs 7,131.31 crore and Rs 2,951.59 crore is under verification. An overseas subsidiary of SBI- SBI (Mauritius) Ltd has also claimed payment of Rs 97.58 crore from the mortgage lender.

Bondholders through the debenture trustee ?? Catalyst Trusteeship – have submitted claims worth Rs 45,550.07 crore.

The housing finance company’s employees and workmen have submitted a claim of Rs 2.01crore.

The RBI, on November 20, superseded the board of DHFL and appointed Subramaniakumar as its administrator after it found out governance and liquidity issues at the company.

The decision on DHFL came after the government on November 15 notified Section 227 of Insolvency and Bankruptcy Code (IBC), empowering the RBI to refer stressed financial service providers with an asset size of at least Rs 500 crore to insolvency courts.