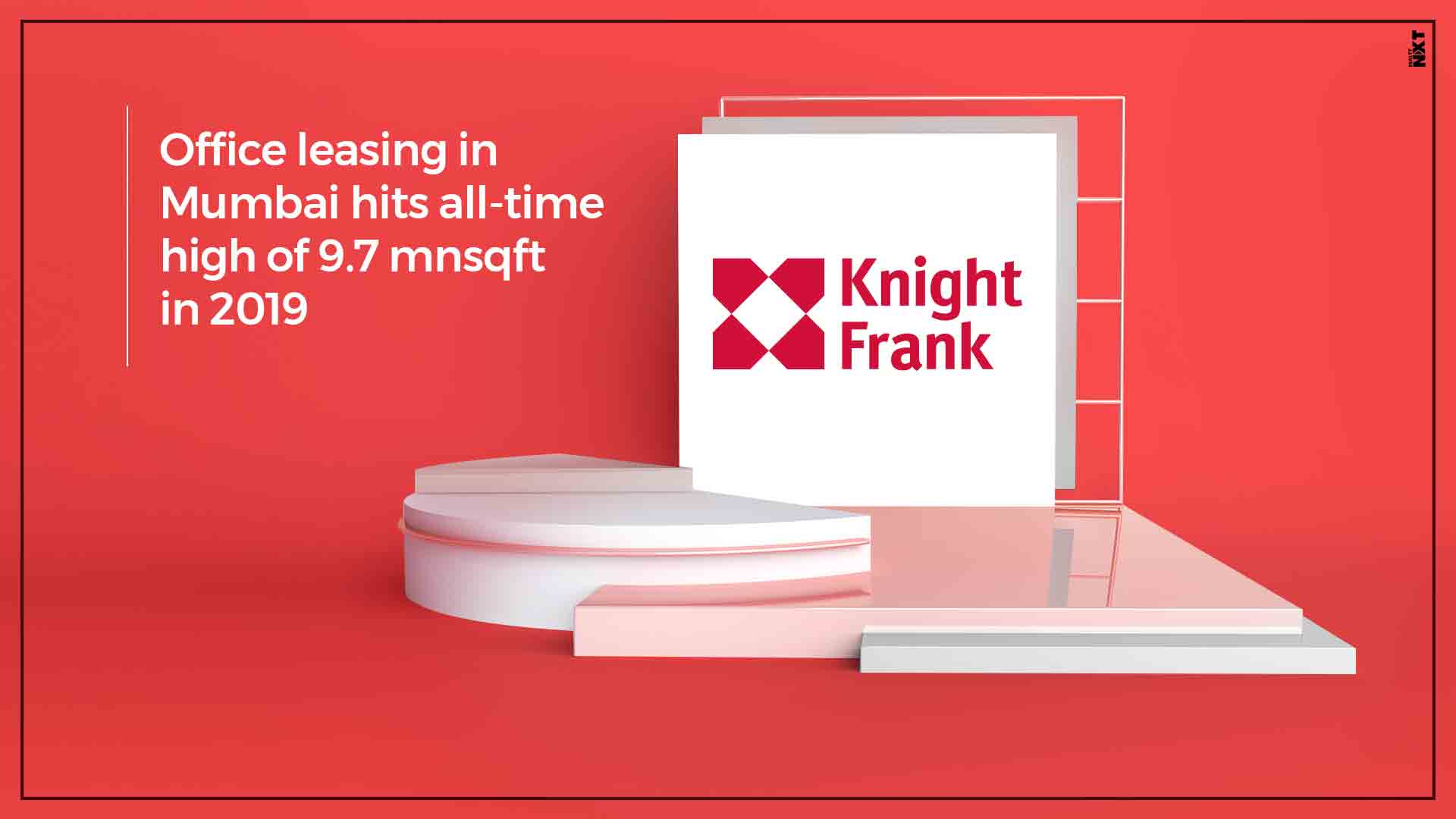 Knight Frank India today launched the 12th edition of its flagship half-yearly report – India Real Estate: H2 2019 – which presents a comprehensive analysis of the residential and office market performance across eight major cities for the July-December 2019 (H2 2019)period.  The report showed that the number of homes launched in Mumbai increased by 7% YoY to 79,810 units in 2019 but recorded a 6% YoY decline to 35,988 units in H2 2019. While the number of homes sold fell by 5% YoY to 60,943 units during the calendar year 2019, a more pronounced 14% YoY decline to 27,212units was registered in the second half of the year (H2 2019).

Office market of Mumbai witnessed a historic year in 2019, with the leasing activity registering a 22% YoY growth touching 9.7 million square feet (mnsqft), the highest ever transaction recorded in the city’s office market. New supply of office space went down by 18% YoY to 5.4 mnsqft in 2019. In the second half of the year H2 2019, the leasing activity was stable at 5.1 mnsqft and the new supply was higher by 61% YoY at 3.5 mnsq ft.

· Affordable houses continued to dominate launches in MMR with 61% of the new launches in H2 2019 coming in the sub-INR 7.5 million (INR 75 lakh) category.

· Thane market recorded the highest growth(36% YoY) of new launches in H2 2019 on account of many mega launches by some of the top developers of the city.

· Residential real estate in MMR faced a difficult year with sales declining by 14% YoY in H2 2019 and by 5% YoY in 2019. The annual sales in 2019 came close to the lowest sales of this decade which was recorded in 2016, the year of demonetisation.

· While sales have declined across micro-markets in H2 2019, the extent of decline was lower in the affordable and mid-segment markets of Peripheral Suburbs and Thane.

· The ongoing economic slowdown, national and state elections in 2019, and the prolonged NBFC crisis have had their share of impact on consumer sentiments and affected the demand for real estate.

· Apart from reduction in base prices, several freebies such as no-floor rise, two-year free maintenance, free clubhouse membership, various subvention plans, GST waivers, assured two-year rental schemes and a host of other indirect discounts continue to remain in the market.

· The actual discount offered during the transaction would also be higher as developers are more than happy to negotiate on the pricing in order to ensure that the deal is closed.

Gulam Zia, Executive Director– Valuation & Advisory, Retail & Hospitality, Knight Frank India, said, “The Indian economy has faced a challenging year in 2019 with the GDP growth rate slowing down and the resultant impact being witnessed across several industries. The residential sector in Mumbai was also impacted by the general slowdown as well as the continued effects of the credit crunch and NBFC crisis which has impacted end-user sentiments with sales declining by 14% YoY in H2 2019. We hope that the series of reforms that the government is undertaking would augur well for the revival of the economy as well as real estate sector.”

· The transaction volumes stated above do not capture the space subleased by co-working operators.

· Four out of six business districts witnessed an addition of supply in H2 2019.

· Central Mumbai and SBD Central witnessed the highest rental growth of 7% YoY each during H2 2019, followed by BKC at 4% YoY and SBD West at 3% YoY.

· Peripheral business district (PBD) continued to have the highest vacancy of nearly 26.8%, followed by SBD West at 21.9%.

· The trend of consolidation of space by occupiers continued across the MMR office market. Despite the number of transactions decreasing from 145 in H2 2018 to 138 in H2 2019, the average size of deals increased from 34,887 sqft to 36,649 sqft in the same period.

Gulam Zia, Executive Director– Valuation & Advisory, Retail & Hospitality, Knight Frank India, said, “The office market across the top cities in India continues to witness healthy transaction activity. The euphoria was also witnessed in MMR which recorded the highest transactions ever in 2019.There were large pre-commitment deals in BFSI sector which propelled MMR’s transaction activity to historic high. The trend of pre-commitments has been witnessed on a regular basis in the other cities of India like Pune, Bengaluru and Hyderabad. However, it remains to be seen if this trend of pre-commitments is likely to continue in MMR.”