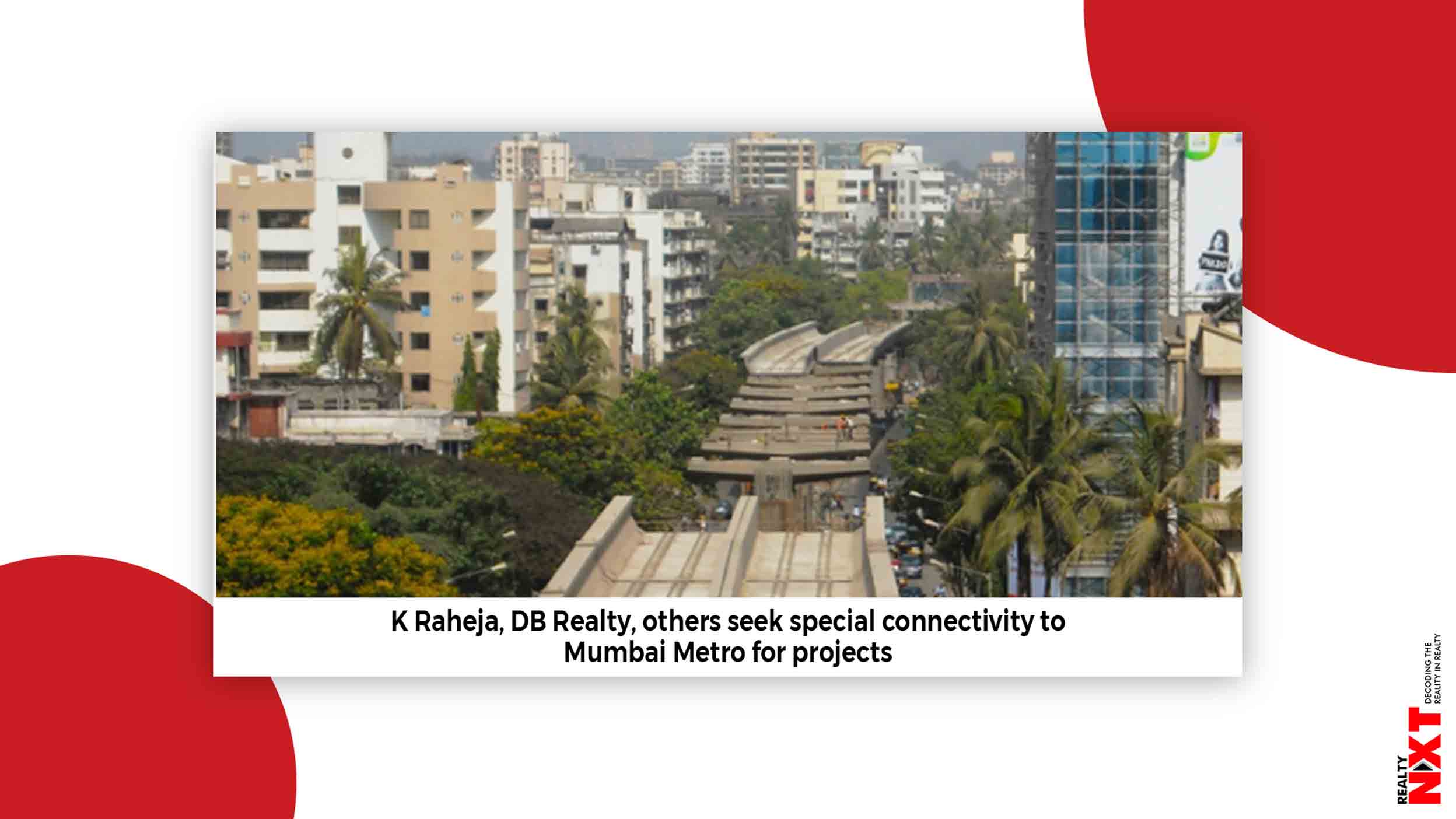 They have approached Mumbai Metro Rail Corporation (MMRC) asking them to provide direct access to the underground metro stations on the 33.5-km-long Colaba-Bandra-Seepz Metro-3 from their existing or proposed plots.

As the real estate sector continues to be in the throes of an extended slump, a few top developers have found a novel way to attract buyers to their high-end projects. They have approached Mumbai Metro Rail Corporation (MMRC) asking them to provide direct access to the underground metro stations on the 33.5-km-long Colaba-Bandra-Seepz Metro-3 from their existing or proposed plots.

Such arrangements are seen in Dubai Metro and New York subway stations, which provide exclusive access to swanky buildings and malls. In all seven real estate companies, including DB Realty, K Raheja and Oberoi, have expressed keenness. The MMRC received these requests through expression of interest in December 2019.

Sources in MMRC said K Raheja has sought this facility for three of its properties, including JW Marriott hotel near the international airport terminal, and two other plots near the Science Museum station.

Indiabulls is looking at Acharya Atrey Chowk station for its Blu project while DB Realty is eyeing BKC and Science Museum stations for its plots at Tata Colony and Jijamata Nagar, respectively. All these are prime properties in Mumbai. An exclusive access will enhance their value even more.

“We have told these developers that we shall create these special subways to connect their properties to the metro stations. However, they will have to bear the cost,” said an MMRC official.

This means that once the underground station is ready, the MMRC will create a passage all the way to the building or plot. This subway will directly open on the concourse of the metro station from where people can access ticket counters.

Such a move is also expected to reduce traffic congestion at the exits of these stations. MMRCL is expecting 13 lakh commuters per day on the Metro-3 line.

Drawing comparison with international cities, a Mumbai developer said, “The Dubai Metro station is located inside the Dubai Mall from where Burj Khalifa, a prime tourist attraction, is just a kilometre away.” A DB Realty spokesperson said that “MMRCL had approached all owners of plots along the Metro line 3 for direct access; hence, we submitted our proposals.”

Vikas Oberoi, CMD, Oberoi Realty said, “Globally, all metro stations are designed to be connected to the adjoining properties to provide convenience to commuters. In fact, most municipal corporations make it mandatory for developers to ensure that their properties are connected to metro stations. We are glad that MMRC has offered this proposal and we look forward to participate in this initiative, wherever viable.”

Explaining the initiative, R Ramana, Executive Director Planning, MMRC, said: “Direct access is an initiative by MMRCL to integrate public infrastructure with neighbourhood developments through a collaborative approach. This will enhance last-mile connectivity; reduce the number of vehicles on the road and the need for parking.” Sources in MMRC also said that they are thinking of levying a onetime premium to these developers for providing this facility.