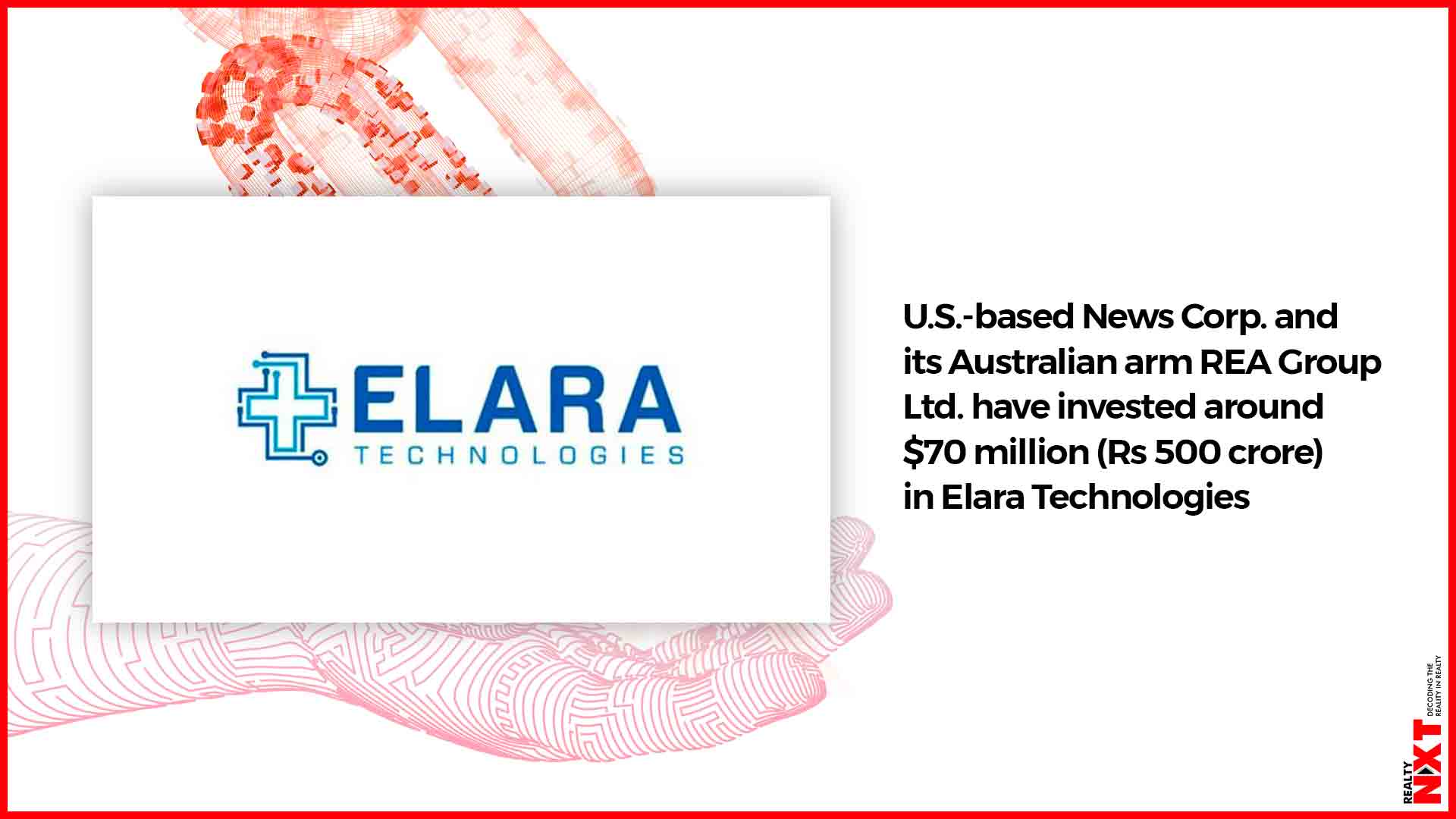 According to sources, Rupert Murdoch-led News Corp and group firm REA have further invested about $70 million in Elara Technologies.

The U.S.-based News Corp. and its Australian arm REA Group Ltd. have invested around $70 million (Rs 500 crore) in Elara Technologies that owns realty portals PropTiger, Makaan and Housing.com, sources said on Thursday. Singapore-based Elara Technologies, which counts SoftBank Group Corp., Accel and SAIF Partners as among its investors, will use the funding to expand its business in India.

According to sources, Rupert Murdoch-led News Corp and group firm REA have further invested about $70 million in Elara Technologies. The capital infusion is in the form of a convertible note that covers the $35 million raised by Elara Technologies as debt from Citi Singapore in August last year, they added. With this fresh funding, Elara Technologies has raised $175 million so far from investors.

An email sent to the company on the funding remained unanswered. Elara Technologies, a digital real estate marketing and transactions services firm, was founded by Dhruv Agarwala. He is the group chief executive officer of all the three portals—Housing, PropTiger and Makaan. Elara Technologies is currently growing at a rate of more than 50 percent year-on-year.

It first set up PropTiger.com in 2011 and then acquired Makaan.com in May 2015. It acquired Housing.com in January 2017, a start-up founded in 2012 by around a dozen IIT graduates. Following the acquisition of Housing.com, the company completed a restructuring exercise to ensure optimal utilisation of resources.

While PropTiger helps developers in selling flats available in the primary market, Makaan.com largely deals in buy-sell of resale properties. Housing.com is a classified platform for developers, brokers and home-owners. In January 2017, REA had invested $50 million and an affiliate of SoftBank $5 million in Elara Technologies. Elara Technologies has 23 offices across India and 1,800 employees.

ALSO READ: Information on state property department registration website does not give a clear picture: Maharashtra