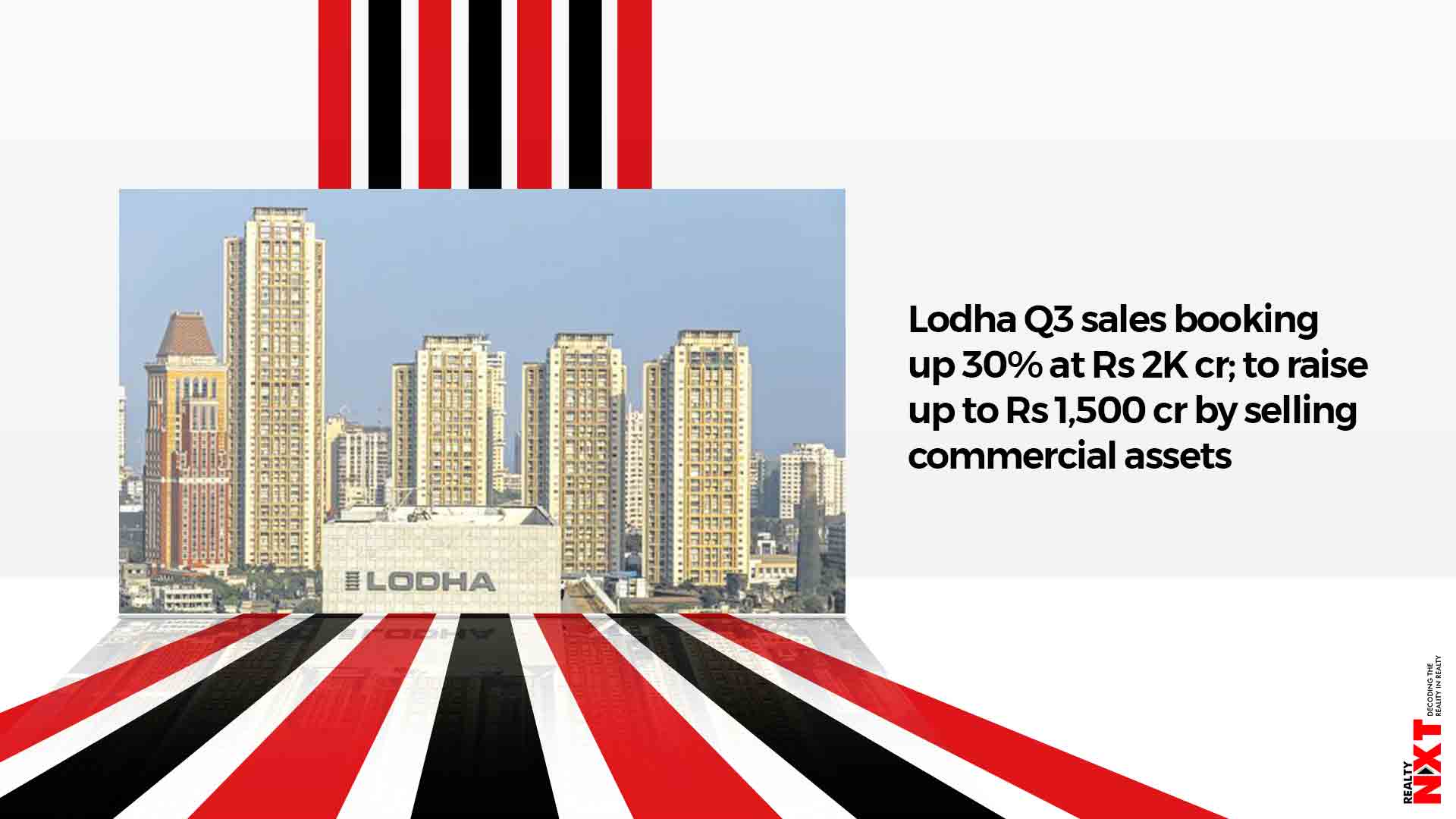 The group is also planning to raise up to Rs 1,500 crore this calendar year by monetising commercial assets in Mumbai region.

Realty major Lodha Group has said its sales bookings rose by 30 per cent to nearly Rs 2,000 crore in the third quarter of this fiscal.

The group is also planning to raise up to Rs 1,500 crore this calendar year by monetising commercial assets in Mumbai region.

“We had a strong performance in sales during the third quarter. Our sales bookings have increased by 30 per cent to nearly Rs 2,000 crore,” Lodha Group MD Abhishek Lodha told PTI.

In the first nine months of 2019-20, sales have reached around Rs 5,000 crore, up 15 per cent from the corresponding period of the previous year.

Out of total sales bookings, Lodha said around 60 per cent is from affordable housing projects having a carpet area of 60 sq metre and below.

“For the full fiscal, sales bookings should be around Rs 7,000 crore,” Lodha said.

Recently, Lodha group announced an investment of Rs 2,500 crore to develop three affordable housing projects in the Mumbai Metropolitan Region (MMR) in a price range of Rs 25-50 lakh per unit. These three projects, comprising nearly 9,000 units, are located at Thane, Bhiwandi and Taloja and launched under a separate brand, ”Crown”.

On debt, he said the total borrowing for India business has come down to Rs 16,000 crore. Another Rs 2,000 crore pertains to London business.

“We have recently completed divestment of commercial asset worth Rs 1,400 crore. In this calendar year, we plan to raise Rs 1,300-1,500 crore by selling office and retail spaces comprising over one million sq ft,” Lodha said.

Regarding the London business, Lodha said the company has already completed one project and the second one would be handed over by March-April this year.

The company has sold about half of its inventories in these two projects and is targeting to sell all units in the next 12-18 months, he added.

The first project Lincoln Square was launched in 2016 while the second project ‘No.1 Grosvenor Square’ started in 2017.

Lodha Group is India’s largest residential real estate developer by sales. The company clocked net new sales of over Rs 7,000 crore in 2018-19 with collections of over Rs 9,000 crore.

ALSO READ: GSIA accepted the government’s move to go ahead with the auction of SEZ land