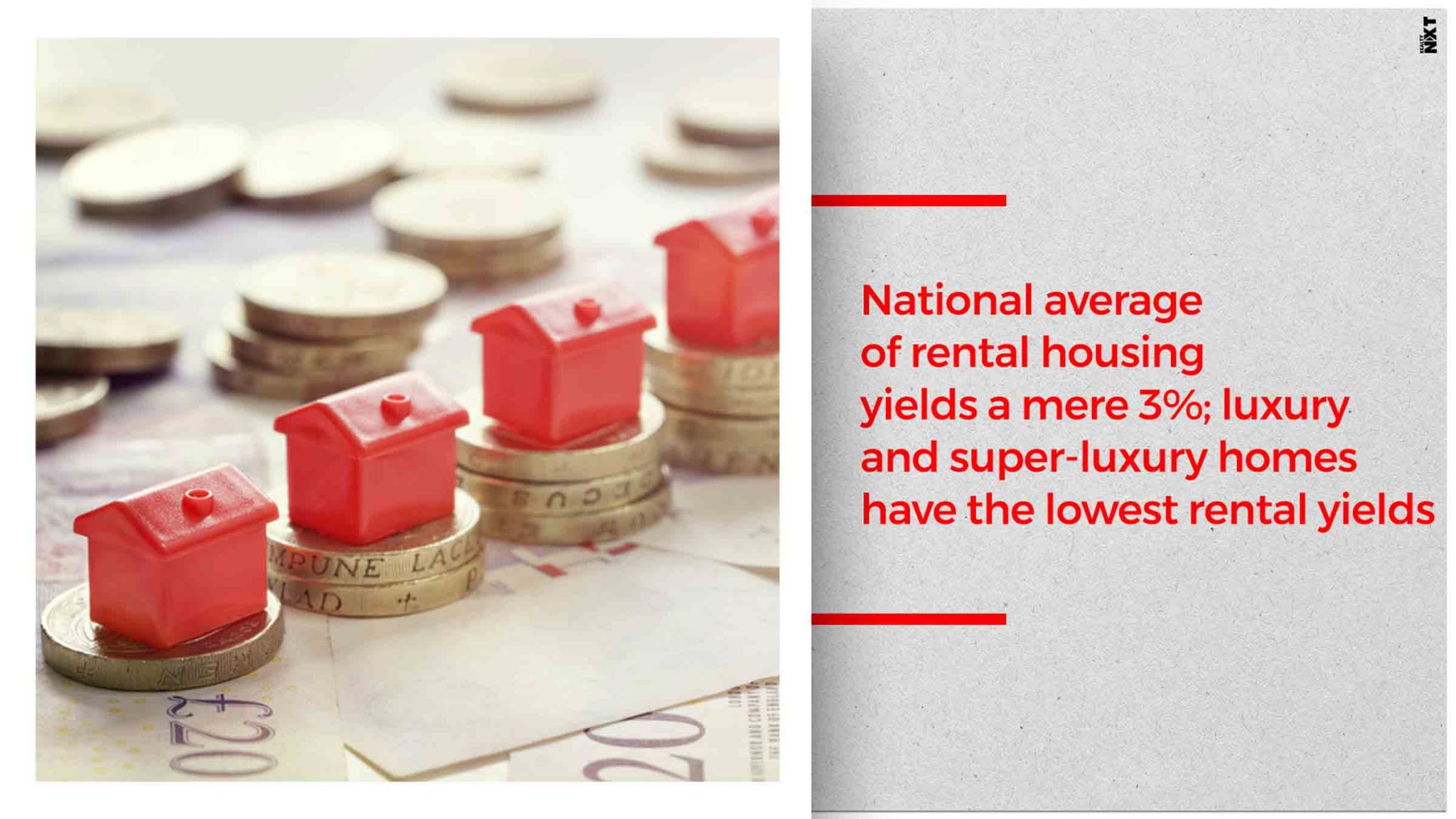 Over the years, the evolution of the Indian rental housing market has been curiously lop-sided, even as the trends driving it has changed considerably.

Over the years, the evolution of the Indian rental housing market has been curiously lop-sided, even as the trends driving it has changed considerably.

The demand for rental properties is mainly driven by the salaried population. A large percentage of tenants in cities like Bengaluru, Hyderabad, Pune and Mumbai are from the salaried segment and belong to industries such as IT/ITeS, BFSI, Pharma and services. In fact, the IT/ITeS and the BPO sectors – the key drivers for commercial space in cities such as Bengaluru, Hyderabad, Pune and Chennai – has caused a steady migration to these cities. Resultantly, demand for rental housing has been rising steadily.

Performance as an investment asset class

One would think that increasing demand for rental housing would also improve its performance as an investment asset class. Even as the rental market grew steadily across major cities, rental yield (the annual rate of return an investor can earn from his capital invested in a property) has long since stagnated to a national average of 3%.

However, the lower the property cost, the higher is the rental yield. Therefore, investing in affordable or mid-segment properties will yield better rental returns (depending on external factors like location, project type, developer‘s brand, etc.) For the same reason,luxury and super-luxury homes are not at all rewarding from a rental yield point of view.

If we look at the city-wise performance for rental yields, Hyderabad tops the list with a rental yield of 3.7%. In Bengaluru it is 3.6%, Pune 3.3 % and in entire MMR – surprisingly – it is just 3%.

Interestingly, residential rental yields in India are higher than in Beijing, Singapore and Hong Kong but lower than cities like Manila and Jakarta. However, the Indian rental yield average of 3% is lower than that of other Asian countries that are pegged at 3.5 – 4% and European countries at 4.5%-5%.

The average tenancy duration sits in a rather schizophrenic grey area of preferences. Most tenants want stable options but simultaneously the possibility of moving out at short notice. One year is the average tenancy duration observed in Tier 1 and 2 cities. In terms of configurations, compact homes are definitely the top preference – studio apartments, 1 & 2 BHK apartments find the most takers, thanks to relatively lower rent, easier upkeep and lower maintenance charges.

Nevertheless, there is still demand for larger independent houses from the corporate sector – especially in Delhi, Gurgaon and Mumbai, where landlords with such properties can attract long corporate leases (the Indian landlord’s ‘gold standard’).

The leasing and renting of residential property currently still fall under the purview of the Rent Control Act, but each state has its own version. The Act primarily secures the rights of tenants while curbing the power of the landlord to evict tenants.

Some of the basic rights of tenants and duties of landlords in India:

The need for rental housing was first mentioned in the National Housing Policy, 1988, but little has been done to expand the scope of rental policy. Many local laws need to be revisited as they are heavily skewed in favour of tenants. In many ongoing instances, tenants have been paying low rents for decades and landlords have not been able to either revise rent or evict them.

The proposed Model Tenancy Act, 2019 aims to simplify the complex dynamic of the tenant-landlord relationship. The first draft of the policy was released in October 2015 and aimed to promote rental housing through public-private partnerships. In September 2017, the housing ministry announced a new public-private partnership (PPP) policy to promote private investment in affordable housing, including rental housing.

Development of rental housing: At least on paper, the government has stated its intentions to promote ‘Direct Relationship RentalHousing’ by providing land to developers to build rental housing. On his part, the developer would recover the cost of construction through rental income. However, due to lack of clarity on rental policy and other regulations, developers have not shown much enthusiasm to join the initiative.

As per this newly-proposed Act, intended to replace the Rent Control Act, the government has laid down the following new proposals:

While the proposals of the Model Tenancy Act have been widely welcomed, their implementation is not so simple. The Act is not binding on the states as land and urban development remain state subjects, so states and Union Territories can still repeal or amend their existing Acts.

Like in the case with RERA, states may choose not to follow guidelines and dilute the essence of the Model Act. Moreover, the Model Act is prospectively applicable and will not affect existing tenancies. The repeal of rent control acts can be governed by political exigencies and can be very complicated in cities like Mumbai, where tenants have occupied residential properties in prime areas for a pittance.

Another pain point could be the cap on the security deposit which is not likely to find favour with many landlords. In cities like Bangalore, the norm is a ten-month security deposit as a two-month deposit is unlikely to cover any damage to the property or a default in rent payment by the tenant.

Despite these challenges, The Model Tenancy Act is a step in the right direction. It provides a clear roadmap for states to follow, but it remains to be seen to what extent the states will toe the central government’s line. The state of Tamil Nadu had already come out with its Tenancy Act in February 2019 and may or may not follow the Model Act.

Still, a fair and balanced tenancy law protecting the rights of all parties will go a long way in formalising and stabilising the Indian rental market – and making it a more profitable investment route. If enforced by states in letter and spirit, it could revive the fortunes of not just the rental market but the housing sector at large.