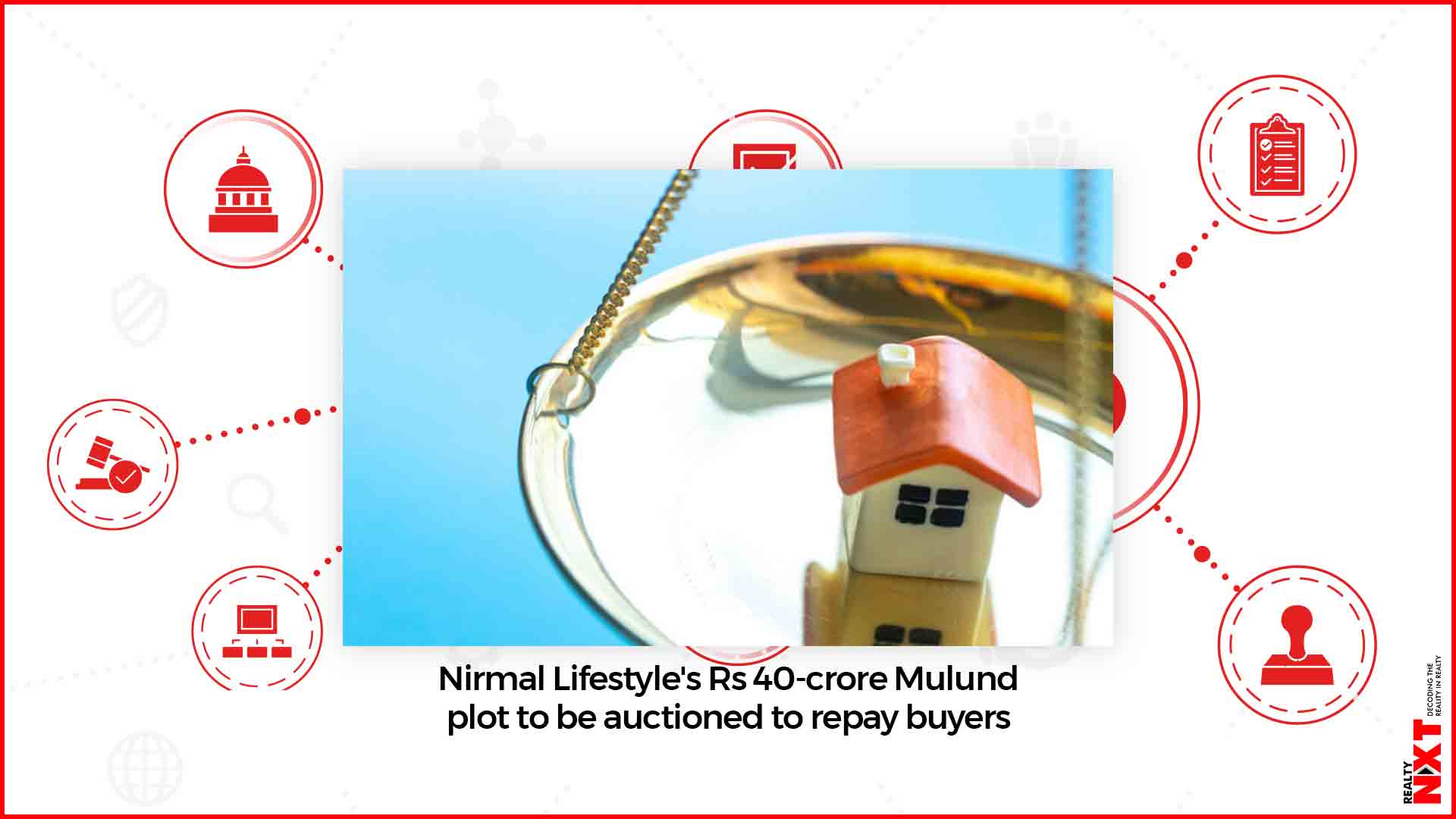 The auction would be held at the plot at Jawahar Talkies Compound in Mulund West at 11 am on January 22.

In one of the biggest auctions under Real Estate (Regulation and Development) provisions in Mumbai so far, a 2597.40-sq m plot belonging of Nirmal Lifestyle group valued at Rs 40 crore in Mulund will be auctioned by the Kurla Tahsildar to repay 120 home buyers from Nirmal Olympia project in Mulund.

The auction would be held at the plot at Jawahar Talkies Compound in Mulund West at 11 am on January 22. The plot houses an old cinema hall and two chawl-type dilapidated buildings. According to the terms of the auction, the reserve price would be the government valuation of Rs 40.25 crore, and bids are to be made and announced in multiples of Rs 25,000.

The auction is part of the recovery process under the Maharashtra Land Revenue Code (MLRC) and Section 40 (1) of RERA. The revenue recovery warrants were issued by Maharashtra Real Estate Regulatory Authority (MahaRERA) after Nirmal Developers Ltd failed to honour consent terms signed with Olympia home buyers to repay Rs 35 crore in four instalments between April and December 2018. In December 2018, MahaRERA member, Vijay Satbir Singh, had imposed a fine of Rs 1 lakh per day of delay on the developer, but when no payments were forthcoming, he issued recovery warrants in March 2019.

As per the process, the recovery warrants authorised the Mumbai Suburban Collector to initiate the recovery process as per the MLRC rules. The Collector forwarded the warrants to Kurla Tahsildar Sanjay Thorat. The process involves identifying the immovable assets, ascertaining their value through a government valuer and putting them for auction.

“If the auction is successful, 120 home buyers from Olympia project will be able to get their money with interest. The total sum works out to approximately around Rs 23 crore,” said advocate Sanjay Chaturvedi who represented them before MahaRERA.

There was a 10-month delay as Collectorate officials were busy with the Lok Sabha and Assembly elections in 2019. One of the home buyers, Nitin Desai, said, “My refund amount is around Rs 32 lakh, including interest. We never got the house we invested in, but we sincerely hope we recover our money through the auction.”