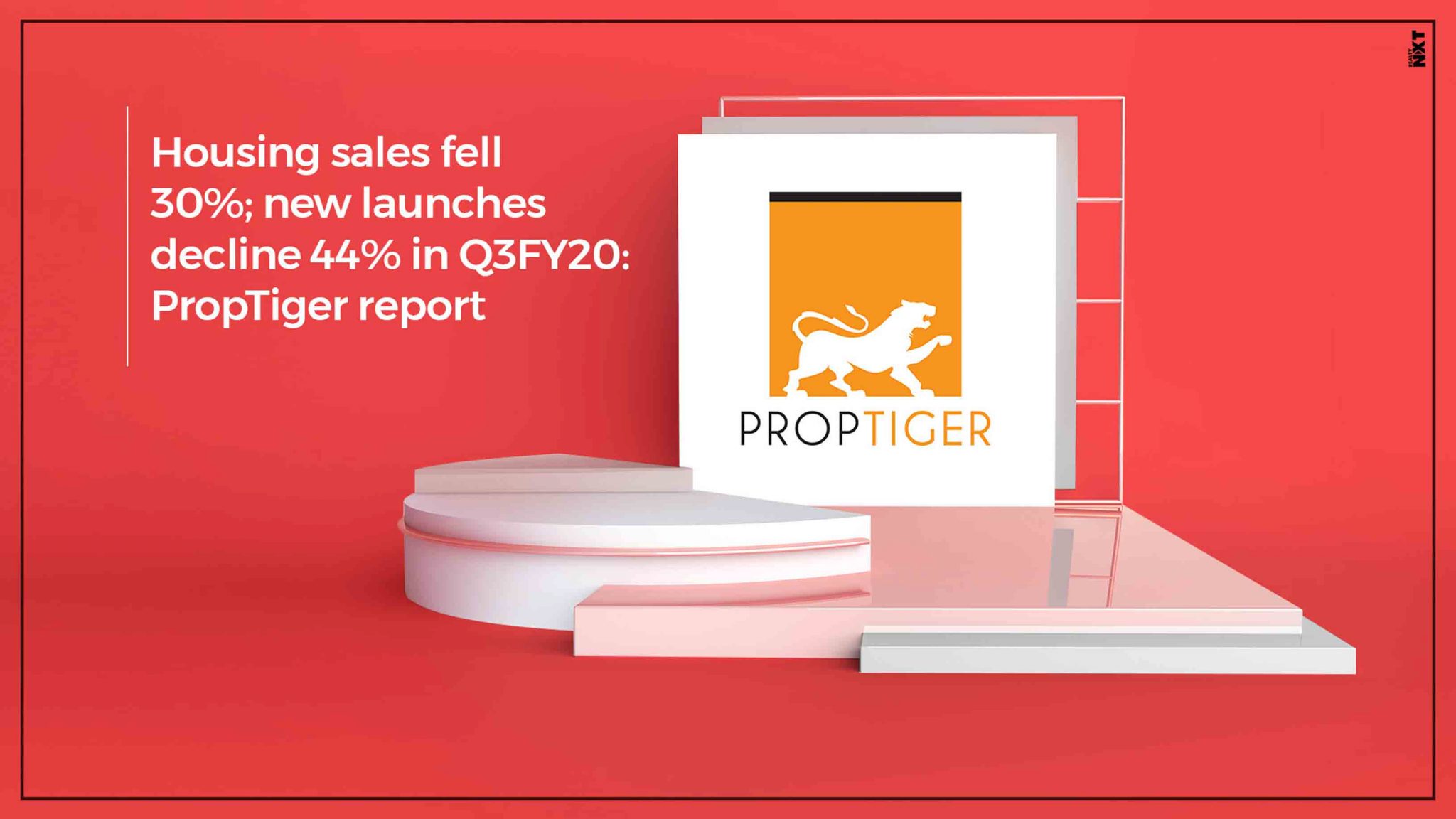 According to “Real insight Q3FY20”, a quarterly analysis of India’s nine key property markets by PropTiger DataLabs, the ongoing industry concerns related to the NBFC sector, on which real estate developers largely depend on for their financial needs, has made borrowing difficult for builders at a time when a demand slowdown has hit housing sales.

New project launches in India’s nine key residential markets continued to show a decline, falling 44 per cent year-on-year in the period between October and December 2019, primarily on liquidity concerns, shows the report by PropTiger.com, part of Elara Technologies, that also owns Housing.com and Makaan.com.

According to “Real insight Q3FY20”, a quarterly analysis of India’s nine key property markets by PropTiger DataLabs, the ongoing industry concerns related to the NBFC sector, on which real estate developers largely depend on for their financial needs, has made borrowing difficult for builders at a time when a demand slowdown has hit housing sales. This double whammy has resulted in developers continuing to show a cautious stance towards new project launches.

“The various measures launched by the government in the recent past to revive growth in the real estate market seem to have made little impact. Considering real estate is a major contributor to overall GDP, which hit a glacial 4.5 per cent rate of growth in the July-September period, we expect further assistance from the government, which would nudge buyers to invest in real estate. In the Union Budget scheduled to be released on 1st February, we expect the Hon’ble Finance Minister to announce measures that would result in higher savings for individual taxpayers, some of which would hopefully make its way towards property purchases,” said Dhruv Agarwala, Group CEO, Elara Technologies, the country’s only full-stack real estate technology platform that owns Housing.com, Makaan.com and Proptiger.com.

Housing sales in India’s nine key property markets fell 30 per cent annually during the October-December quarter despite the government launching several measures in the recent past to revive buyer sentiment. As against 91,464 units sold during the quarter last year, only 64,034 homes were sold across the nine markets in Q3 this year.

What points towards a nation-wide phenomenon, sales declined across all these markets, with Bengaluru, popularly known as India’s Silicon Valley, registering a 50 per cent fall in sales numbers.

When compared to the first nine months of the previous financial year, sales fell by 13 per cent during the same period in the current fiscal. As against 263,294 units last year, only 228,220 housing units were sold this year.

As buyers showed greater faith towards ready homes, inventory levels, declined 12 per cent during the quarter. From 8.83 lakh unsold housing units at the end of the same period last year, unsold stock fell to 7.75 lakh in Q3 FY20. Mumbai and Pune together contribute 57 per cent of this unsold stock.  Also, half of the units in this stock are affordable homes (units priced below Rs 45 lakh).

At the current sales velocity, builders would take 29 months to sell off the existing stock.

Over 5 lakh new units to be delivered in CY2020

Launches fall most in Kolkata, Gurugram

Only 41,133 units were launched in Q3 FY20 as against 73,226 units in the corresponding period last fiscal, the report shows. New launches fell across markets, with Kolkata and Gurugram seeing the biggest fall, at 79 and 74 per cent, respectively.

Affordable housing continued to dominate launches, with 52 per cent units launched in this segment.

Average values of property increased by 13% year-over-year in Hyderabad, the highest increase among all the cities included in the report, while Gurugram and Ahmedabad registered 6% and 5% increase, respectively.  In other cities, prices showed only nominal increases, between one and three per cent.

Founded in 2012, Housing.com is India’s most innovative real estate advertising platform for developers, real estate brokers, homeowners and tenants. The company offers the largest selection of verified listings in India through a trained team of data collectors, analysts and auditors. The one-of-a-kind Data Sciences Lab at Housing.com analyses a significant body of data to allow buyers and sellers to make intelligent decisions.

PropTiger.com is India’s leading digital real estate advisory firm offering a one-stop platform for buying residential real estate. Founded in 2011 with the goal to help people buy their dream homes, PropTiger.com leverages the power of information and the organisation’s deep-rooted understanding of the real estate sector to bring simplicity, transparency and trust in the home buying process. PropTiger.com helps home-buyers through the entire home-buying process through a mix of technology-enabled tools as well as on-ground support. The company offers researched information about various localities and properties and provides guidance on matters pertaining to legal paperwork and loan assistance to successfully fulfil a transaction. Since inception, the PropTiger.com team has facilitated the sales of close to 25,000 homes worth nearly US$2.2 billion.

The platform was acquired by Elara in May 2015, with a vision to establish a true “marketplace” in real estate. With consumer ratings on more than 30,000 sellers, credible listings data and real-time intelligence on property search, makaan.com has quickly emerged as the preferred partner for consumers looking to rent, buy or sell a home. With its unique post-paid advertising fees model and value proposition of no upfront fees for sellers, makaan.com has grown to have more than 45,000 active sellers with over 15000 active brokers in a short span of time. makaan.com offers its online consumers the maximum property options and has become one of the largest advertising platforms in online real estate in India with 1 million residential properties listed across the country. Makaan.com was recently selected as a runner up in the Most Innovative Platform category at a global event in the ICMA event held at Vienna, Austria.

FastFox.com is an online-to-offline (O2O) brokerage firm that works in partnership with other brokers and landlords to list residential properties online for rental purposes. FastFox.com has pioneered the revolutionary ‘Open House’ model for rentals in India, in which a house is open for viewing by home seekers for a scheduled period of time.