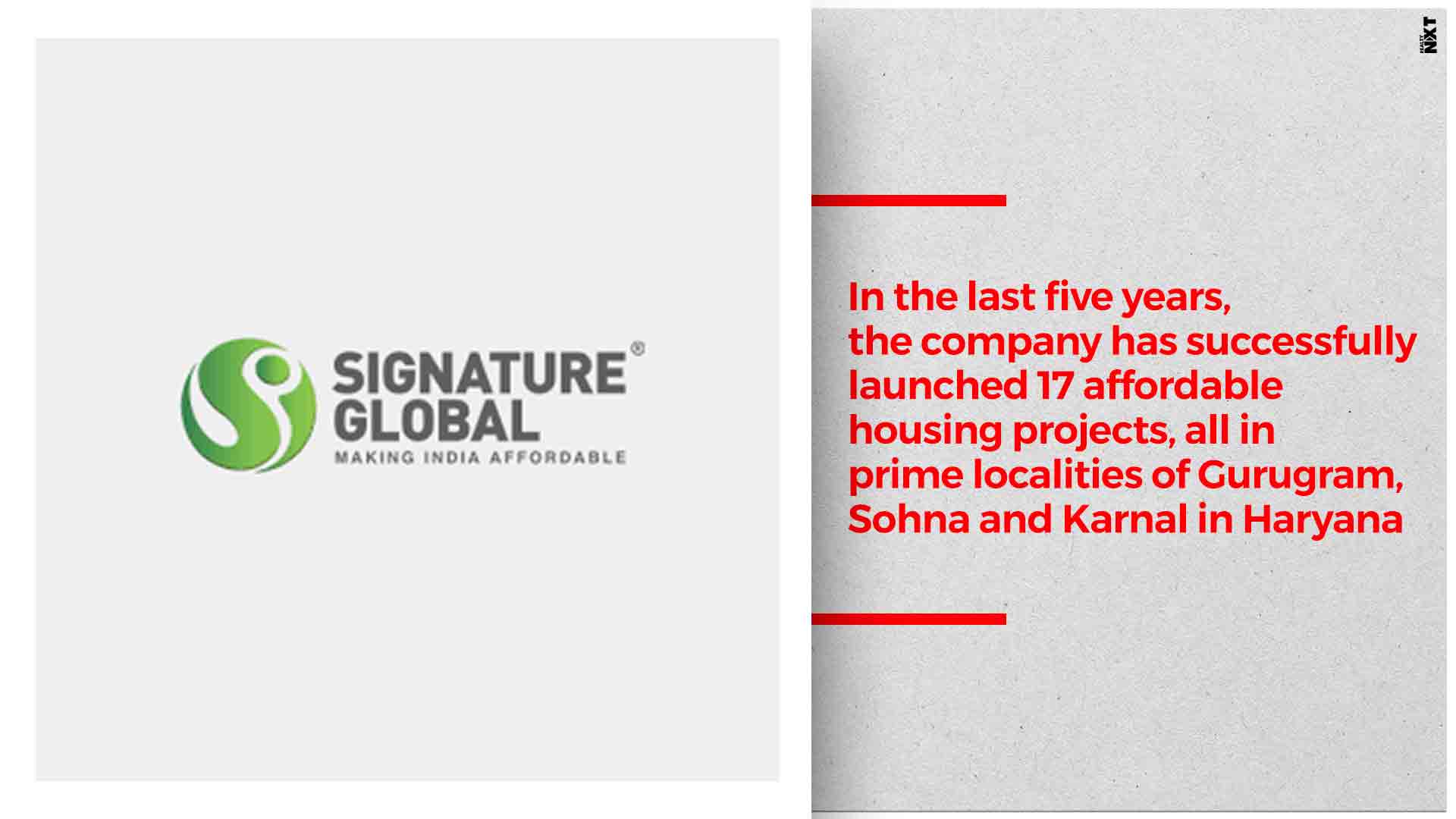 Throwing light on the seriousness of the company to work towards ‘Housing for All’ target, Pradeep Aggarwal, Founder & Chairman, Signature Global and Chairman, National Council on Affordable Housing, ASSOCHAM, said, “The vision behind establishing Signature Global and entering real estate, particularly affordable housing business was to make a significant contribution to meet the housing need of masses by providing homes at an affordable price. We synchronized our mission of ‘Har Parivaar Ek Ghar’  with the  Modi government’s flagship mission of ‘Housing for All’ and Pradhan Mantri Awas Yojana (PMAY), focusing on affordable housing, providing incentives to both developers and home buyers came handy to developers like us. Till date we have already launched 15,173 units under Haryana Affordable HousingScheme & Deen Dayal Jan Awas Yojna and have delivered 1820 units till date & has set the delivery target of 3181 units under Haryana Affordable Housing policy in Gurugram by end of this year, making it 5001 units in total delivered by 2020”.

Further, the Haryana government’s landmark affordable housing policy under Chief Minister, ML Khattar has been quite helpful in driving affordable housing. The company has been focusing mainly on Haryana in Gurugram, Sohna and Karnal. “This is a trendsetter policy for other states to follow. Besides, we have taken up the construction of over 7.5 lakh square feet approx. of commercial real estate which also includes a 1 lakh square feet mall in Vaishali, Ghaziabad. Our success can also be gauged from the fact that besides a tough business environment, we have been consistently launching new projects,” said Mr Aggarwal.

Affordable Housing of Real Estate sector can play a vital role in supporting the 5 Trillion Economy vision of Prime Minister Narendra Modi. Thankful the Govt. for giving infrastructure status to affordable housing, Mr Aggarwal said, “A significant growth in the affordable housing sector can boost MSME, SME and many other industries which are directly or indirectly connected with it like cement, steel, paint, bathroom fittings etc. This will also create various employment opportunities and will benefit every class of people.”

The government’s policies have worked well on both the demand and supply side. The CLSS (offering interest subsidy of up to Rs 2.67 lakh) has proved to be a major demand booster, aided by lowering interest rates. Further, the policy revamp, raising the limit of home cost (to Rs 45 lakh), carpet area (to 30 sq mts for metro cities and 60 sq mts for non- metros) and annual income criteria (to Rs 18 lakh) to bring mid-income housing under the ambit of PMAY gave yet another push to affordable housing. The various tax benefits including a reduction in  GST on affordable homes to 1%, under construction homes to 5% with zero GST on ready homes and hiking exemption limit of interest on home loans to 3.5 lakh in 2019 budget provided further impetus to affordable and mid-income housing.

In the last five years, the company has successfully launched 17 affordable housing projects, all in prime localities of Gurugram, Sohna and Karnal in Haryana, each residential project is complemented with one branded retail hub christened as Signum and have also launched a commercial mall in Vaishali, Ghaziabad, Uttar Pradesh christened as Signature Global Mall, focusing on the interests of customers.