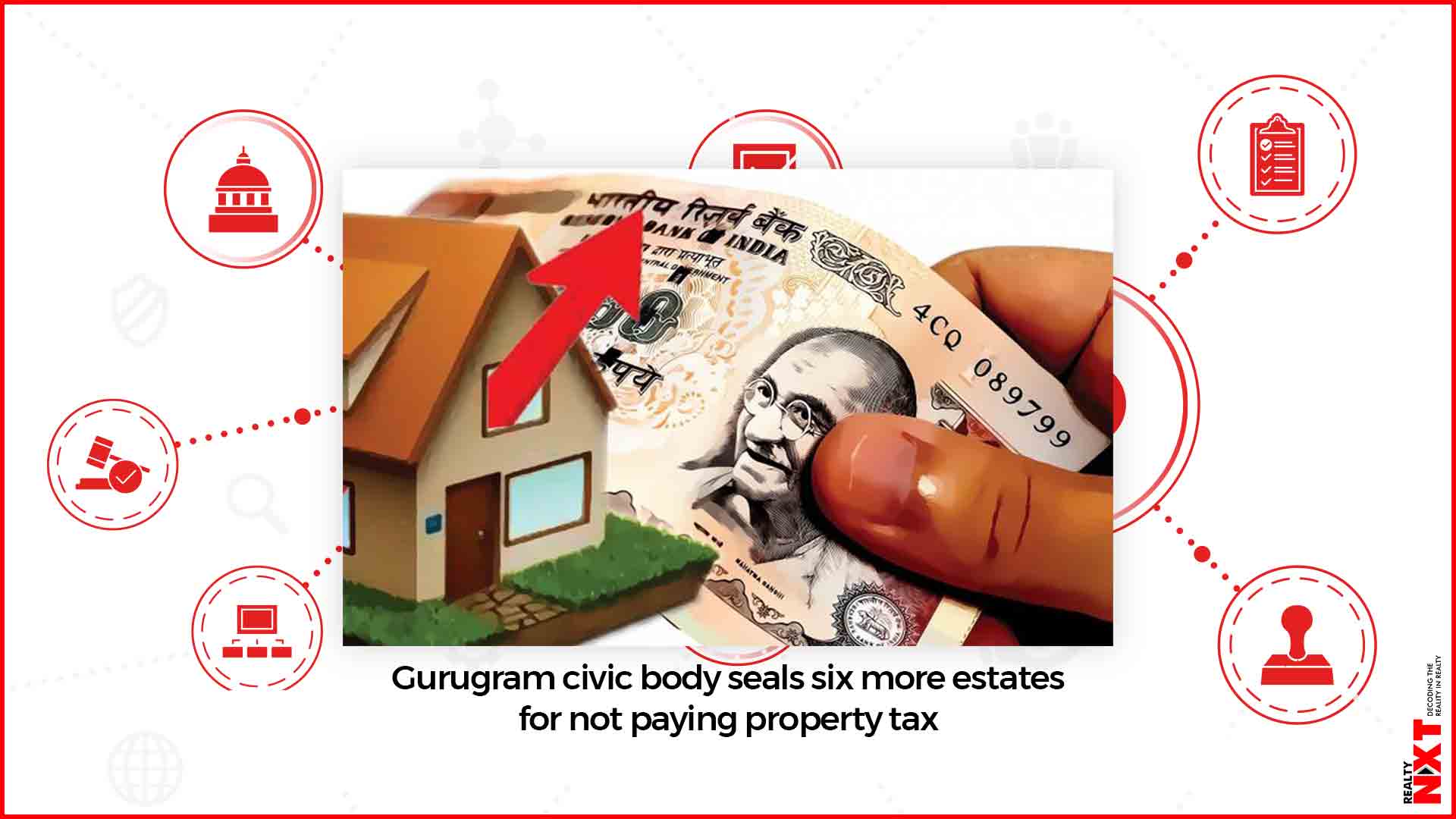 A property with the pending tax amount close to Rs 7 lakh was sealed in Sector 44 and another in Sector 52A with dues amounting to Rs 57 lakh was also sealed.

Continuing its sealing drive for the second day against the defaulters who have not filed their property tax, the Municipal Corporation of Gurgaon (MCG) on Wednesday locked six more properties in the city. The pending tax amount for these six properties is of the order of Rs 2.96 crore.

The six properties include one in Narsinghpur in zone 1 with a pending tax amount of more than Rs 45 lakh. In zone 2, a commercial parking yard in Sukhrali with tax dues exceeding Rs 1 crore, and another property with pending tax of more than Rs 31 lakh was sealed in Palam Vihar.

A property with the pending tax amount close to Rs 7 lakh was sealed in Sector 44 and another in Sector 52A with dues amounting to Rs 57 lakh was also sealed. A private building in Sector 68 with a pending tax of Rs 41 lakh was locked on Wednesday.

In December, the maximum recovery had come from zone 3, which amounts to Rs 15.47 crore followed by zone 2 at Rs 8.31 crore, zone 4 at Rs 6.84 crore, zone 1 at around Rs 6.92 crore. MCG had sent notices to 253 big defaulters, who have dues exceeding Rs 20 lakh each and had given them one week’s time to pay their dues by December 25. However, the deadline was extended to January 31. Chief Minister Manohar Lal Khattar had asked the MCG officials about the status of recovery of property tax from the defaulters when he had visited the MCG stall at Gita Jayanti Mahotsav in Gurgaon last year. He had directed the MCG officials to recover the dues from the big defaulters, whose cumulative pending amount run into crores.