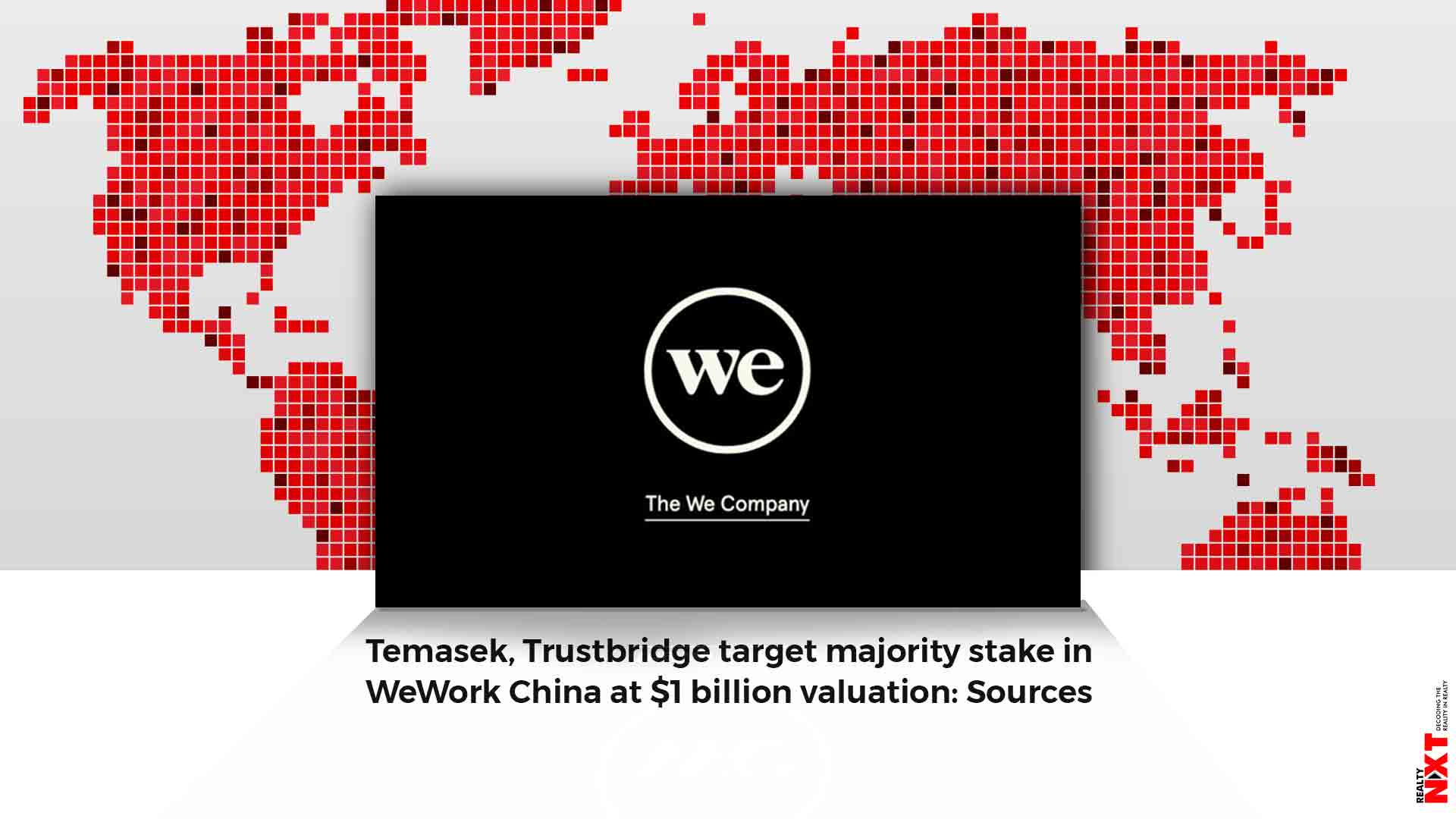 Singapore state investor Temasek and Shanghai-based private equity firm Trustbridge want to buy more shares to give them a combined majority stake in WeWork China, according to the people.

Temasek Holdings and Trustbridge Partners have held talks with WeWork China over increasing their stake in the China branch of the troubled co-working startup to take majority ownership, three people familiar with the matter told Reuters.

The plan values WeWork China at around $1 billion, two of the people said.

The proposal was submitted to WeWork’s major stakeholder, Japanese technology conglomerate SoftBank Group Corp, at the end of last year, said one of the people, who asked not to be identified as the discussions are private.

Singapore state investor Temasek and Shanghai-based private equity firm Trustbridge want to buy more shares to give them a combined majority stake in WeWork China, according to the people.

WeWork currently owns 59% of WeWork China, with the remainder held by other investors including SoftBank, Hony Capital and Trustbridge, according to the group’s prospectus for its initial public offering.

A new deal giving Temasek and Trustbridge a majority stake would likely mean that WeWork China would go through a down round – a fall in valuation following a new investment if the proposal got passed – but could significantly ease the financial burden on WeWork and SoftBank.

They added that the discussions were at an early stage and a deal was not certain.

SoftBank, Temasek and WeWork declined to comment. Trustbridge did not immediately respond to a request for comment.

The larger WeWork group is undergoing a broad restructuring after it was thrown a $9.5 billion lifeline by SoftBank following a failed public offering and the ouster of founder Adam Neumann.

However, SoftBank’s plan to secure $3 billion from Japan’s three biggest banks have stalled, likely complicating its rescue package for WeWork, Reuters has reported.

WeWork China has set out ambitious revenue goals for 2020, Reuters reported last month, even though it faces staff cutbacks and weak occupancy numbers at its properties across China.

In 2018, WeWork China generated $99.5 million in revenue, according to WeWork’s IPO prospectus.

WeWork’s woes have had a ripple effect across the sector, impacting the likes of UCommune, WeWork China’s rival, which is trying to launch an initial public offering.

Citigroup Inc and Credit Suisse Group AG walked away from underwriting UCommune’s IPO because they decided they could not deliver the offering at a previously discussed valuation.