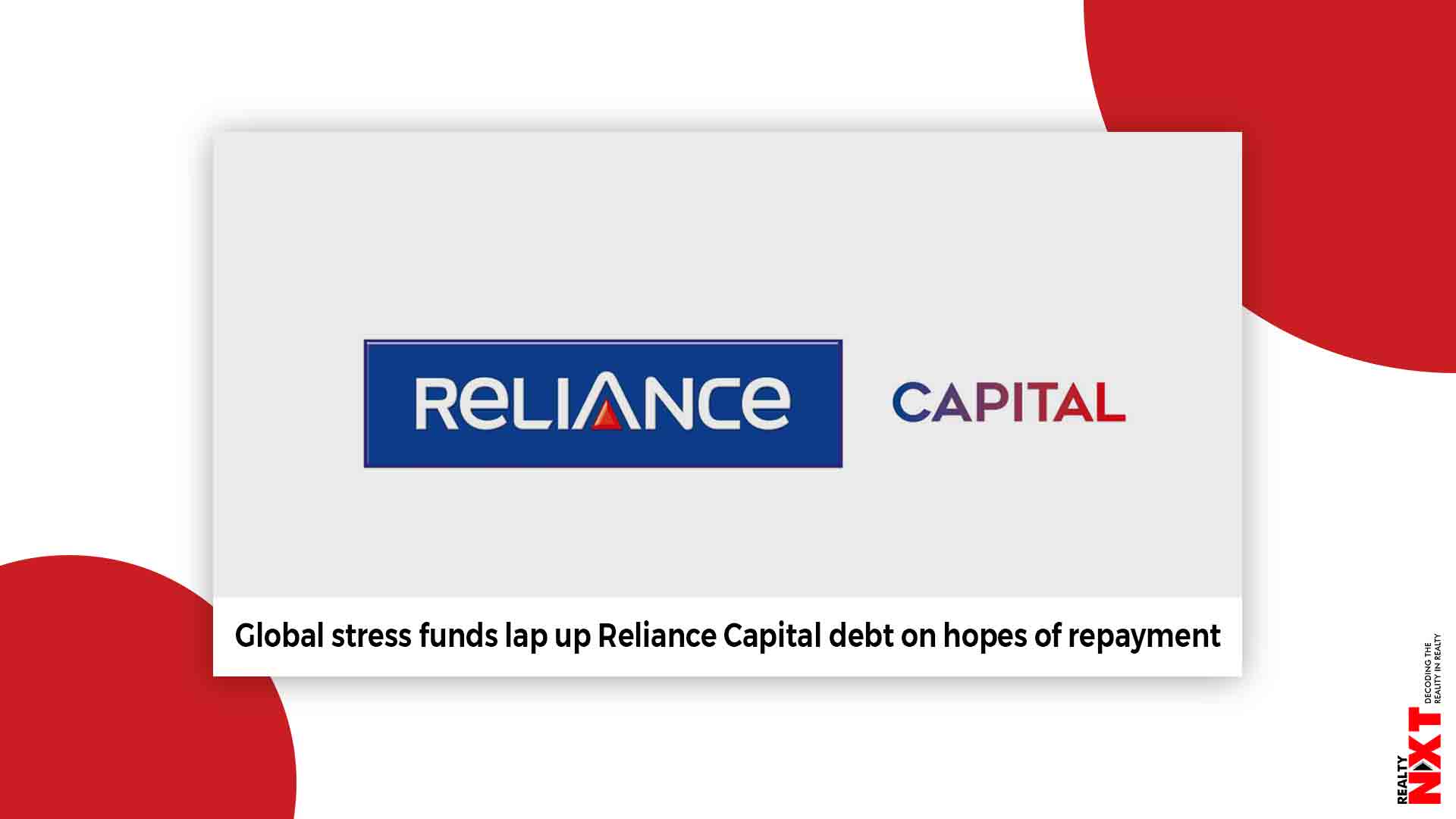 “With the chances of the company’s revival having brightened to an extent, the level of discount is coming down,” said the head of debt capital market at a local financial services company.

Global distressed asset buyers are picking up Reliance Capital’s junk rated debt securities following an assurance by its home finance unit that 98 per cent of retail debenture holders will get their money back, dealers said. Reliance Capital bonds worth ₹565 crore changed hands in the secondary market in seven transactions at 70 per cent discount this week.

“With the chances of the company’s revival having brightened to an extent, the level of discount is coming down,” said the head of debt capital market at a local financial services company.

Reliance Home Fin CEO Ravindra Sudhalkar said at a presentation two days ago that “98 per cent of debenture holders would get their full payment,” an investor who was present cited him as saying. “The company CEO addressed investors and made a PowerPoint presentation, which in turn gave investors a bit of comfort,” the person said.

The discount narrowed to 70 per cent in latest transactions from 80 per cent in trades that took place in November last year, dealers said.

Three deals took place on Monday and another three on Wednesday, each worth about ₹90 crore. One deal of ₹25 crore was sealed Thursday in unlisted bonds, dealers said. Reliance Capital was downgraded to ‘D’ or default on September 20 last year amid a liquidity crunch that has gripped nonbanking finance companies (NBFCs) for more than a year.

“The European bank has bought those papers because it will mostly sell those to its overseas clients, which are distressed asset buyers,” said an executive with the direct knowledge of the matter.

The weighted average price in the six deals on Monday and Wednesday was ₹29.90 per ₹100 face value. The latest deal on Thursday was at ₹29.10.

“If you include the accrued interest into it, the deep discount will be marginally over 70 per cent ,” said a debt market dealer.

It’s acting on behalf of about 20,000 bondholders. The bankruptcy court, which heard the matter on Thursday, has given the company 10 days to respond.

Reliance Home Finance is said to be receiving cash flows of about ₹150 crores every month. The company has informed investors of its latest financial status.

“The monthly inflows should benefit the efforts to revive the company,” said an investor who has about ₹1 crore at stake.

The company is working on reaching an inter-creditor agreement with banks and is believed to have made a settlement offer to the consortium of lenders lead by Bank of Baroda that involves converting loans to equity.

ALSO READ: DTCP cancelled OC of around 50 illegal guesthouses in Gurugram majorly which are owned by OYO