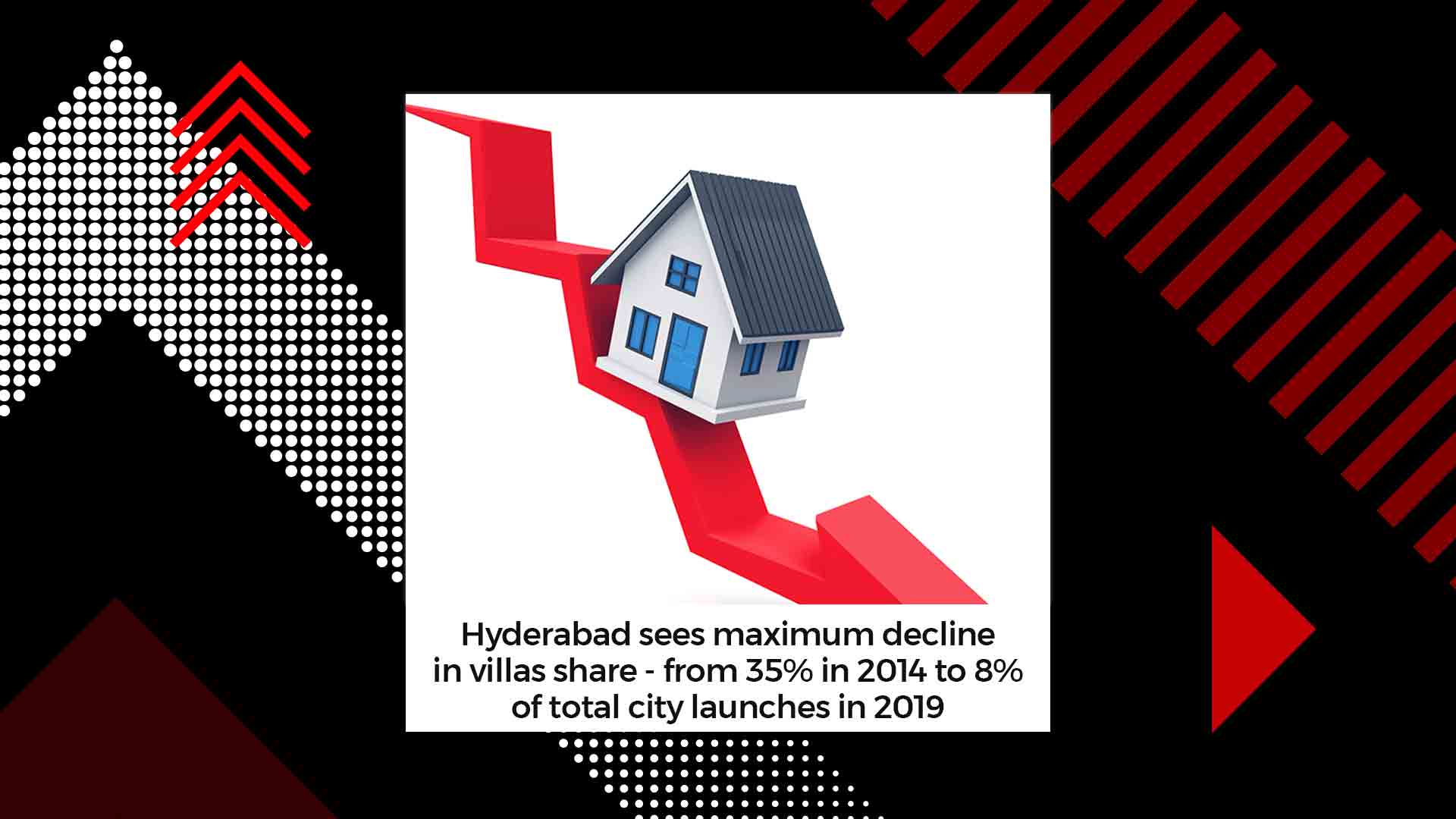 With Indian cities under increasing pressure to grow vertically, the share of high-rises (G+20 floors or more) scaled unprecedented heights in 2019. ANAROCK data indicates that of a total 1,816 residential projects launched across the top 7 cities in 2019, over 52% were high-rises.

Unsurprisingly, land-scarce MMR tops the list with over 75% of the total 734 project launched in 2019 in the high-rise category. With G+20 floors the new normal in the region, Mumbai is closing in on other mega cities like New York, Hong Kong and Tokyo where buildings as tall as G+50 floors are the norm.

NCR came next with nearly 70% of its total launched projects in the high-rise category. Bangalore clocked in with 45% of the total projects launched in 2019 towering above G+20 floors, followed by Pune with 41%share.

In Hyderabad, Kolkata and Chennai, the share of G+20 floors or above option is scantier, with their high-rise share at 23%, 21% and 16% respectively. Notably, Chennai and Hyderabad – two cities which had stuck to more conventional low-rise formats for long – are gradually warming up to high-rise housing developments. In both these cities, the well-to-do preferred bungalows and sea-facing villas. It is only in the last decade that these cities have begun to grow vertically, largely due to accommodate increased inward migration.

The increasing trend of vertical development has taken the sheen off a once highly-preferred property type – villas. Both demand and supply of this format are diminishing, with wealthy homebuyers preferring the latter-day concept of ‘sky villas’. ANAROCK data reveals that of the total new launches of 5.45 lakh units in 2014, nearly 5% were villas. In 2019, this share dropped to 2% of the total of 2.37 lakh units launched during the year.

This downward trend has been evident in the eastern, western and northern regions since 2014. Today, the southern cities of Hyderabad, Bangalore and Chennai also showcase the declining villa trend.

In Pune and Kolkata too, the share of villa supply has been negligible in the last five years.