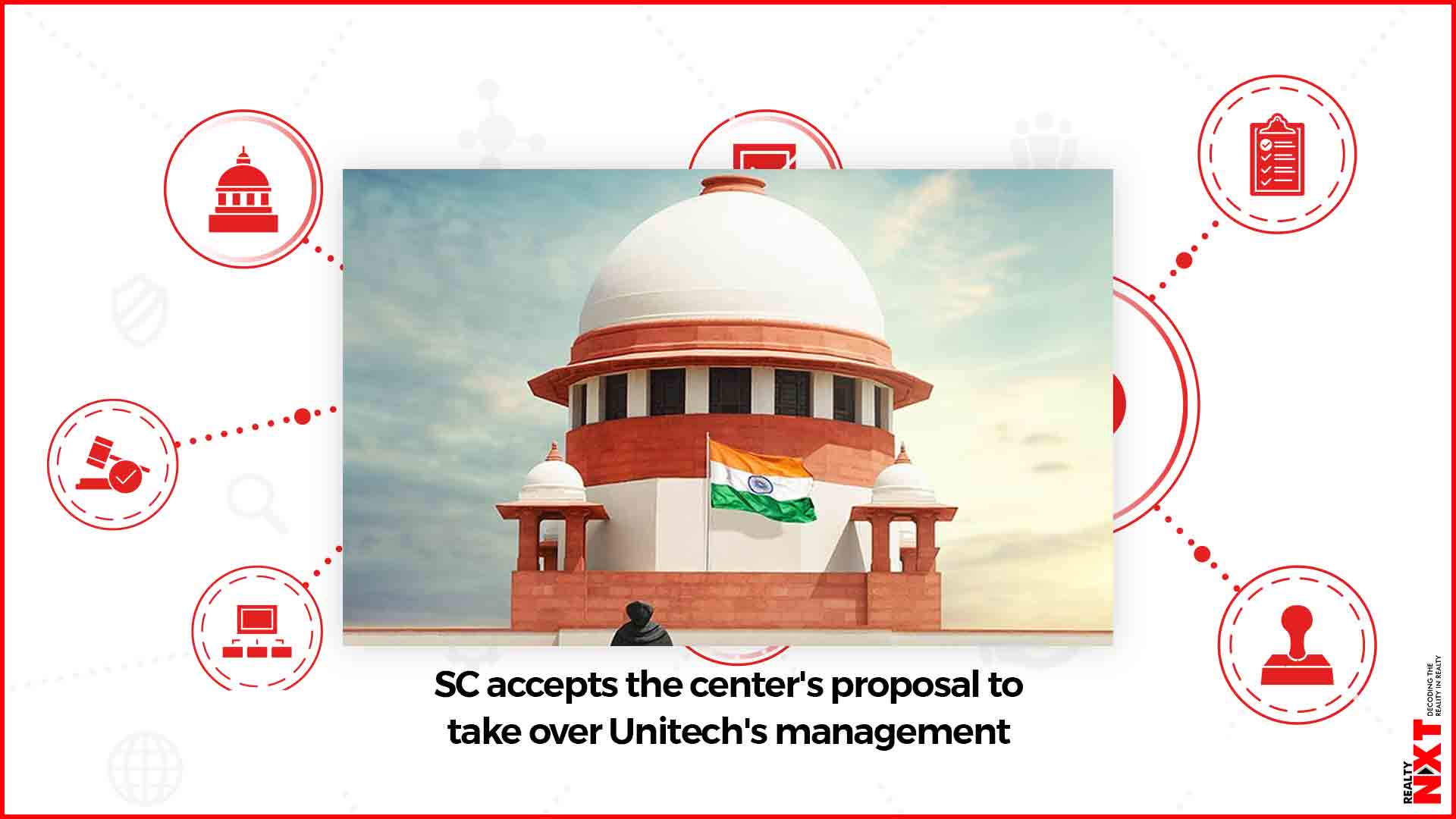 In addition, Niranjan Hiranandani, MD, Hiranandani Group and National President, NAREDCO & ASSOCHAM, has also been recommended as a director on the seven-member panel nominated for the property developer.

The Supreme Court on Monday accepted Centre’s proposal recommending a seven-member board to take over the management of real estate company Unitech.

In addition, Niranjan Hiranandani, MD, Hiranandani Group and National President, NAREDCO & ASSOCHAM, has also been recommended as a director on the seven-member panel nominated for the property developer.

A bench headed by Justice D.Y. Chandrachud has approved the appointment of new board members as recommended by the Centre.

The newly approved board will file a report within two months on the resolution framework to sort out the housing mess of Unitech, which includes recommendations on the way forward on the stalled housing projects.

The apex court also granted a two-month moratorium to the new board of Unitech Limited from any legal proceedings.

The top court said it will appoint a retired apex court judge to monitor preparation of resolution framework by the newly appointed board of the Unitech.

“There is a possibility of at least 50-60% of Unitech’s projects ultimately being net worth positive, so I think there is a good opportunity to start these projects early. However, we may seek some help from the stress fund of the SBI in order to take care of the funding for the interim period. Further dove-tails will depend on board meeting to decide the way forward,” Hiranandani said in a statement.

The Centre had informed the Supreme Court it was willing to take over the management of the embattled real estate giant. This decision will have significance for nearly 30,000 homebuyers.

In December, the Supreme Court during a hearing had asked Centre to explore the possibility of taking over the management of the company in the thick of financial mess as a consequence of siphoning of more than 50% of money deposited by individuals and financial institutions.

In 2009, the government had also taken over scandal-hit Satyam.