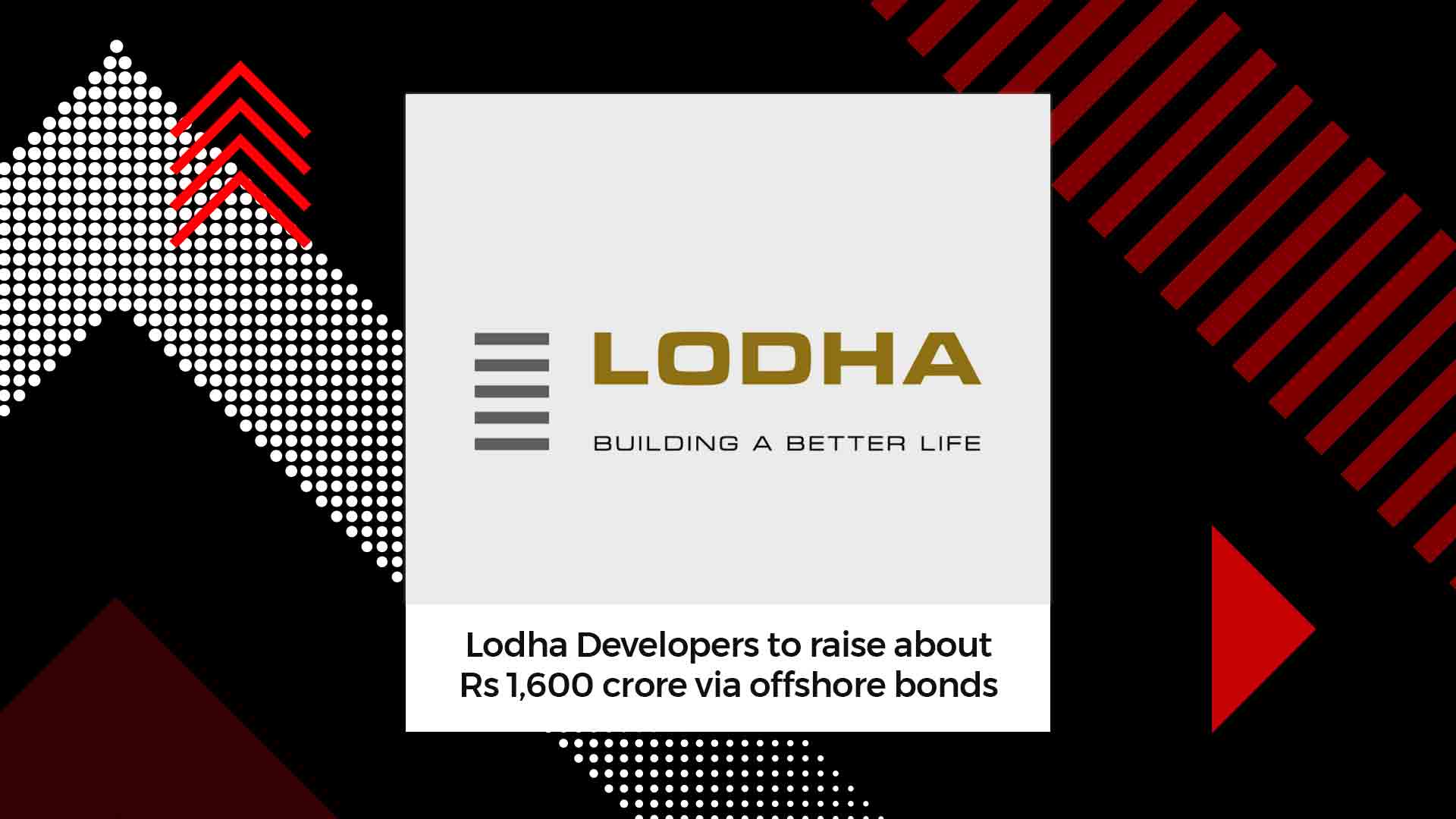 Lodha Developers is raising about $225 million (Rs 1,600 crore) by selling bonds to global investors, as the real estate company aims to refinance its five-year debt maturing in March.

It may face higher cost on the fresh issue than on the existing debt amid tight market liquidity condition in the sector. JP Morgan is the lone banker for now helping the company raising the money.

“Following discussions with various investors, we intend to raise approximately $225 million through a new bond to be issued in the next few weeks,” a company spokesperson said. “The pricing and other details of the bond will be determined at time of issuance.”

“Investors are likely to seek double-digit yields for the proposed bonds amid risk aversion,” said an executive from a fund house. Globally, $11 trillion worth of sovereign papers are yielding negative returns.

While the terms on pricing and maturities are yet to be finalised, the bond may have maturities in the range of three to five years. The issue may open for subscription before the end of this financial year on March 31.

Four-five years ago, Lodha Developers had raised $325 million by selling high-yield bonds, rated below investment grade. Those bonds, subscribed in two tranches, had offered coupons of 12% and 8.9%, respectively.

The company is now arranging money as repayments are falling due in March. “Majority of such upcoming repayments would be repaid using proceeds of the proposed raising,” said an investment banker.

Last year, dollar-denominated bonds issued by the developer were quoting at 72% yield to maturity. Bond yields rise when prices dip.

During the same time, ratings company Fitch had downgraded the long-term default rating of Macrotech Developer or MDL, popularly known as Lodha, to ‘B-minus’ from ‘B’ citing tight liquidity conditions for infrastructure companies.

The Lodha group reportedly attained around Rs 2,000 crore of sales in the December quarter this fiscal year, taking its overall sales in the ongoing financial year to about Rs 5,000 crore.

The company had planned to list its shares through an initial public offering in 2018. The plan was, however, deferred.