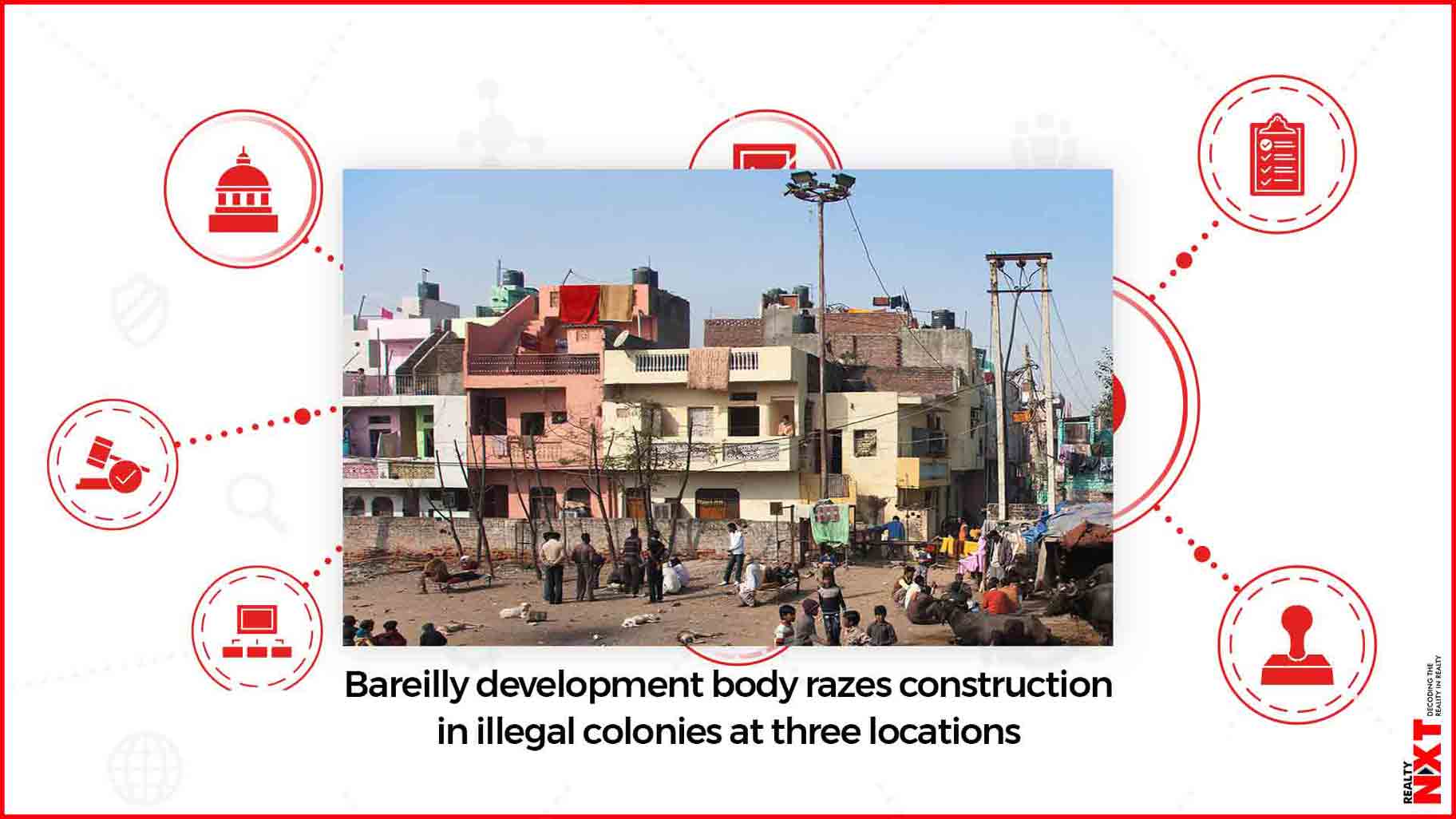 BDA officials said despite notices to colonisers and builders, the construction work continued in these areas.

Coming down heavily on rampant illegal constructions going on in the city, the Bareilly Development Authority (BDA) demolished unauthorised constructions of residential colonies in Bara Bypass, Izzatnagar and Bhojipura areas in the past three days.

BDA officials said despite notices to colonisers and builders, the construction work continued in these areas. Residential colonies spreading over 20,000 square metres and 18 bighas were being developed illegally in the Green Belt area, and hence, were demolished, said officials.

BDA vice-chairperson Divya Mittal said, “The construction of residential colonies is rampant in the city, especially on the outskirts. We identified three unauthorised constructions taking place near Bara Bypass, Bhojipura and Izzatnagar areas and warned the colonisers and builders over illegal construction in the Green Belt area. We even served notices to the violators and sought their response, but to no avail. Thus, a crackdown was launched and illegal constructions were demolished during the past three days.”

BDA sources said a coloniser, Shamshuddin, had allegedly taken up the construction of a residential colony illegally after occupying around 20,000 square metres in the Green Belt area in Mudhiya Ahmed Nagar near Bara Bypass. Similarly, Bhupendra Kurmi and Vinod Kumar allegedly occupied 18 bighas for setting up a colony Maharaja Agrasen City in Izzatnagar area, while one Ghulam Sabir was allegedly constructing Aryan City in Saidpur area of Bhojipura illegally, said officials. Since all these constructions were taking place in the Green Belt area, they were demolished.

The police force from Izzatnagar and Bhojipura police stations assisted the BDA enforcement squads in carrying out the demolition drive without any hurdle, said officials.

In December, BDA had demolished as many as six residential constructions and sealed several others that had come up illegally in the Green Belt area in Mudhiya Ahed Nagar near Bara Bypass. The encroachers had occupied nearly 20 bighas for more than five years. Six structures were demolished while several others were sealed by BDA.