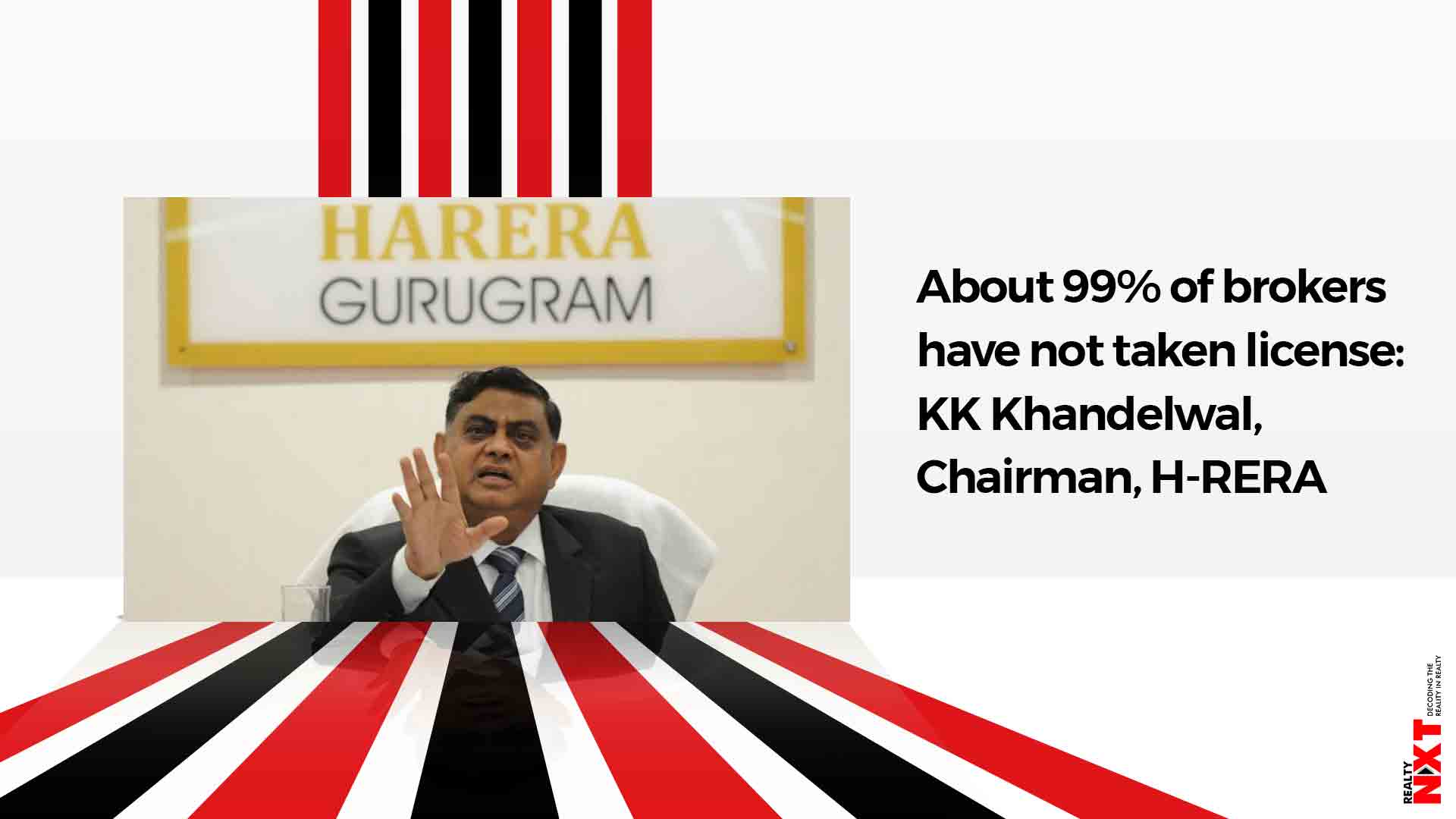 “These property dealers are involved in malpractices. We need to regulate them. So, we are asking them to take a licence,” Khandelwal said.

Haryana Real Estate Regulatory Authority (HRERA) will take action against those brokers who are selling properties without a licence in the state, said Gurugram HRERA chairman KK Khandelwal on Friday.

“We are doing registration of builders and brokers as well. 99 per cent brokers are registered with us but have not taken a licence. We are going to ask them to take licence so that they can come under the purview of law,” Khandelwal told here.

“Action will be taken against those who have not taken the licence. We will penalise them and revoke their registration as well,” he added.

Talking about the reason behind the brokers not taking the licence, he said: “The brokers are charging an unrealistic commission from 6 per cent to 10 per cent, which is huge and unethical. RERA restricts brokers to charge only one per cent as commission, half of which comes from the buyer and the other half from the seller.”

“These property dealers are involved in malpractices. We need to regulate them. So, we are asking them to take a licence,” Khandelwal said.

He said that HRERA has disposed of around 33 per cent cases filed by the homebuyers with the agency.

“HRERA had around 6,000 cases lodged by home buyers. We have disposed of 2,200 cases. Another 2,000 cases are in the final stage of disposal. Around 2,000 cases are stuck in technicalities as Haryana government has notified some changes in the RERA rule, which was challenged in the High Court and was stayed,” Khandelwal said.

Speaking about the challenges RERA is facing, he said the multiplicity of the forum is creating the problem as currently, buyers have the option to go to RERA, NCDRC or NCLT. “This issue needs to be resolved by the government,” he said.