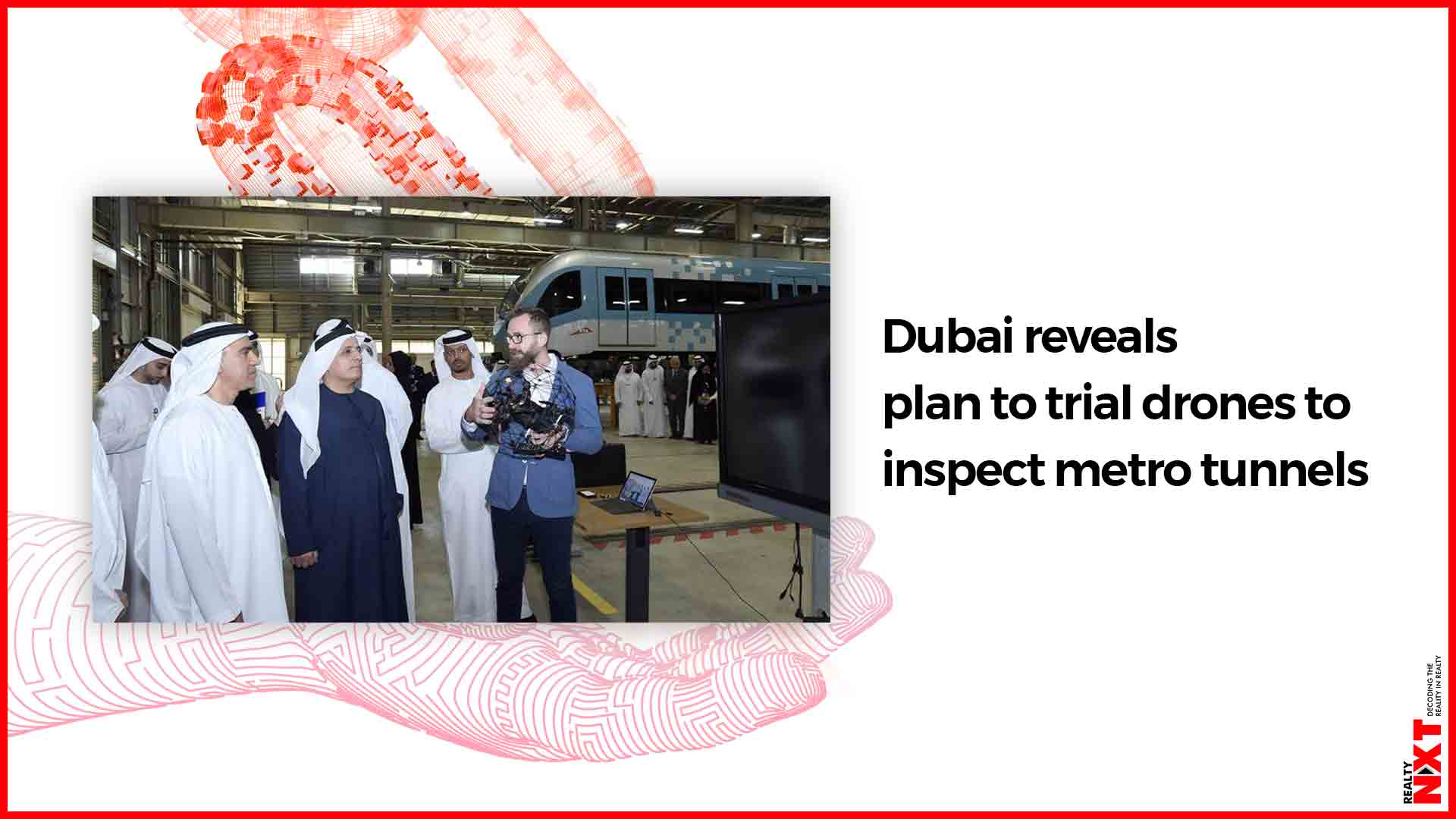 Mattar Mohammed Al Tayer, director-general and chairman of the Roads and Transport Authority (RTA) said the trial will run on tunnels extending 14km on both the Red and Green Lines of the metro.

Dubai has revealed plans to start a trial of drones to inspect tunnels on the Metro system.

Mattar Mohammed Al Tayer, director-general and chairman of the Roads and Transport Authority (RTA) said the trial will run on tunnels extending 14km on both the Red and Green Lines of the metro.

Al Tayer was speaking during a visit to Dubai Metro Depot at Al Rashidiya accompanied by the CEO of Rail Agency Abdul Mohsen Ibrahim Younes.

“This initiative, which is in line with Smart Dubai Strategy 2021, uses custom-made drones fitted with multiple cameras enabling pictorial monitoring of tunnels via high-definition lenses. It also enables the inspection of tunnel walls through infrared radiation. The technology generates instant reports easing the assessment of the condition of assets, monitoring the maintenance works and detecting faults,” said Al Tayer.

During the visit, Al Tayer reviewed initiatives and projects undertaken by the Rail Agency to improve the operation and maintenance of Dubai Metro, such as the trial-run of using nanotechnology at Noor Bank Station.

The technology reduced the cost of the station exterior cleaning by 35 percent, decreased the cleaning and maintenance frequency, and enhanced the protection of front-ends and floors of both stations and trains.

Al Tayer was also briefed about the digitisation of Dubai Metro including the use of onboard smart screens to relay passenger information and ads, and the automated hi-tech fare gates that facilitate passengers flow besides improving security and safety aspects.