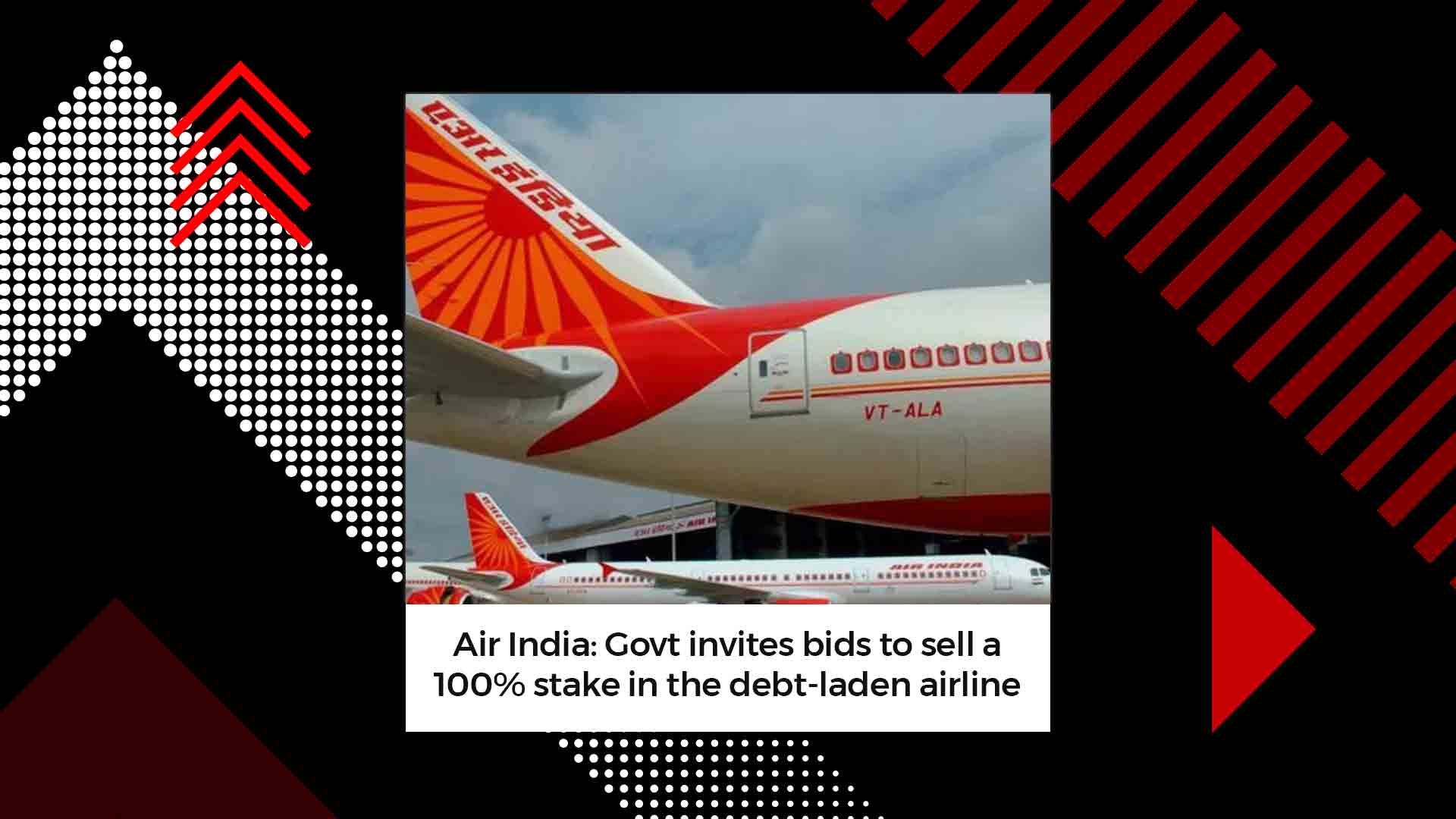 Management control of the airline would also be transferred to the successful bidder.

The government on Monday announced sale of 100 per cent stake in debt-laden Air India as it issued the preliminary bid document for the strategic disinvestment with the deadline for submitting expression of interest set as March 17.

As part of the strategic disinvestment, Air India would also sell 100 per cent stake in low-cost airline Air India Express and 50 per cent shareholding in joint venture AISATS, as per bid document issued on Monday.

Management control of the airline would also be transferred to the successful bidder.

This is the second time in less than two years that the government has come out with proposal for selling stake in Air India, which has been in the red for long.

The government has set March 17 as the deadline for submitting the expression of interest (EoI).

These entities are in the process of being transferred to a separate company — Air India Assets Holding Ltd (AIAHL) — and would not be a part of the proposed transaction, the document said.

According to the document, debt of Rs 23,286.5 crore would remain with Air India and Air India Express at the time of closing of the disinvestment.

The remaining debt would be allocated to AIAHL.

EY is the transaction adviser for Air India disinvestment process.

In 2018, the government proposed to offload 76 per cent equity share capital of the national carrier as well as transfer the management control to private players. However, there were no bidders.