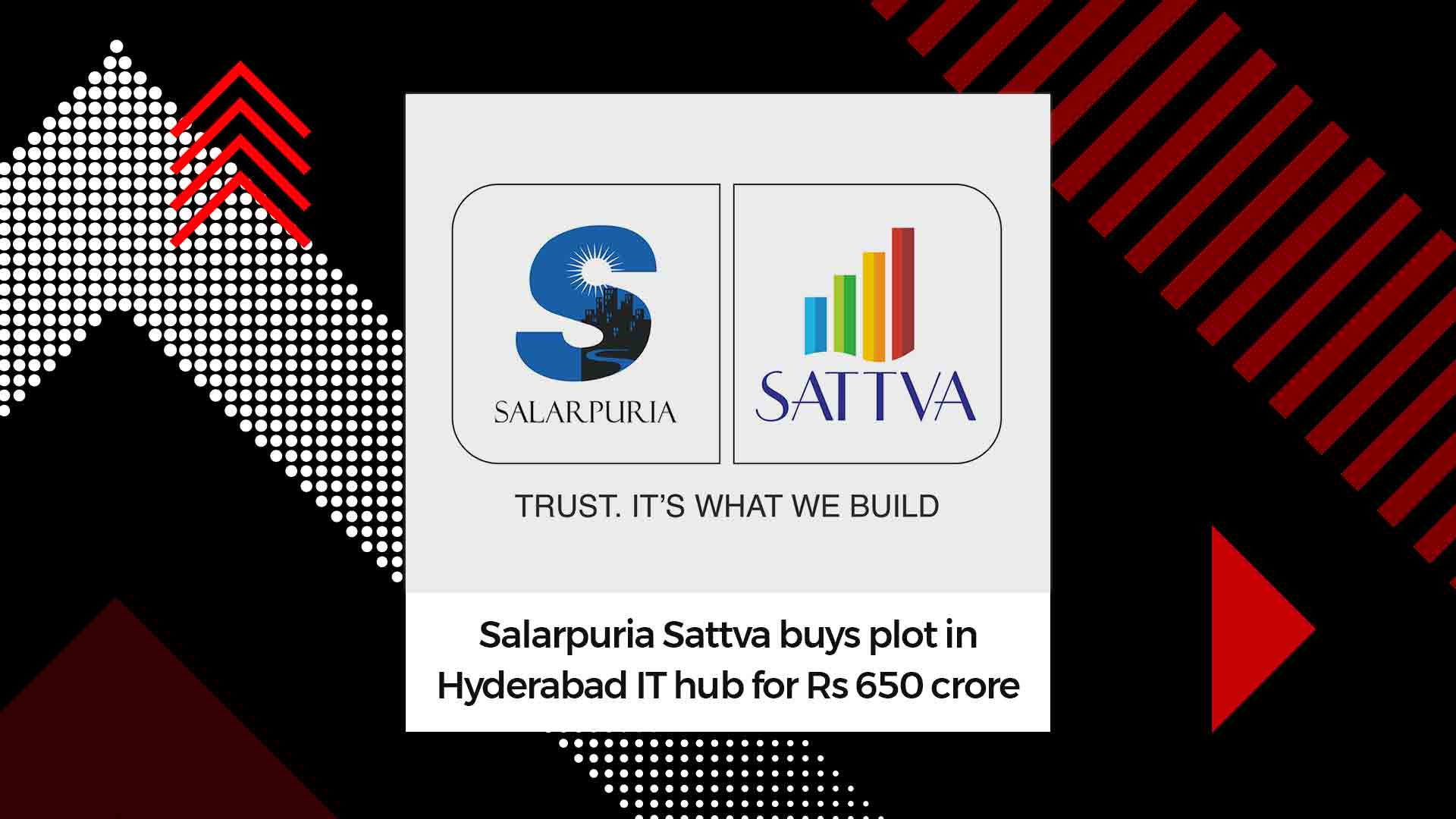 The acquisition will enable Salarpuria Sattva to strengthen its commercial portfolio in Hyderabad by adding 9 million sq ft of IT development.

Real estate developer Salarpuria Sattva has acquired a 25-acre land parcel in the IT hub of Kokapet from Omaxe in a deal valued at about Rs 650 crore, said people aware of the development.

The acquisition will enable Salarpuria Sattva to strengthen its commercial portfolio in Hyderabad by adding 9 million sq ft of IT development.

“The deal has been concluded. Papers have been signed and the money will be exchanged soon,” said one of the persons, who did not wish to be identified. “Kokapet is coming up as one of the major IT hubs and has seen some of the largest projects being announced. It is the future.”

This is one of the largest transactions involving the builder. Salarpuria Sattva and American private equity firm Blackstone Group had jointly bought a 3.3-million-sq-ft office park owned by Coffee Day Enterprises in a deal valued at around Rs 2,700 crore.

The real estate developer, which is building more than 13 million sq ft of commercial space in Hyderabad, has leased large spaces to firms including Microsoft, JP Morgan, Intel and Oracle in recent years.

In 2018, the firm raised Rs 700 crore from American private equity firm Blackstone Group to expand its commercial portfolio and the total development area under the Blackstone-Salarpuria Sattva platform in Hyderabad increased to 13 million sq ft.

Separately, the firm is also looking at acquiring distressed hotels across India to strengthen its presence in the segment. It was one of the front runners for the 323-room Trident property in Hyderabad which was sold under India’s dedicated bankruptcy mechanism.

Hyderabad, followed by Delhi-National Capital Region (NCR), Bengaluru and Pune, dominated development completions in 2019, accounting for almost 80% of the overall supply in the country.

ALSO READ: Mahindra Lifespace Developers has reported a dip of 91 percent in its net profit