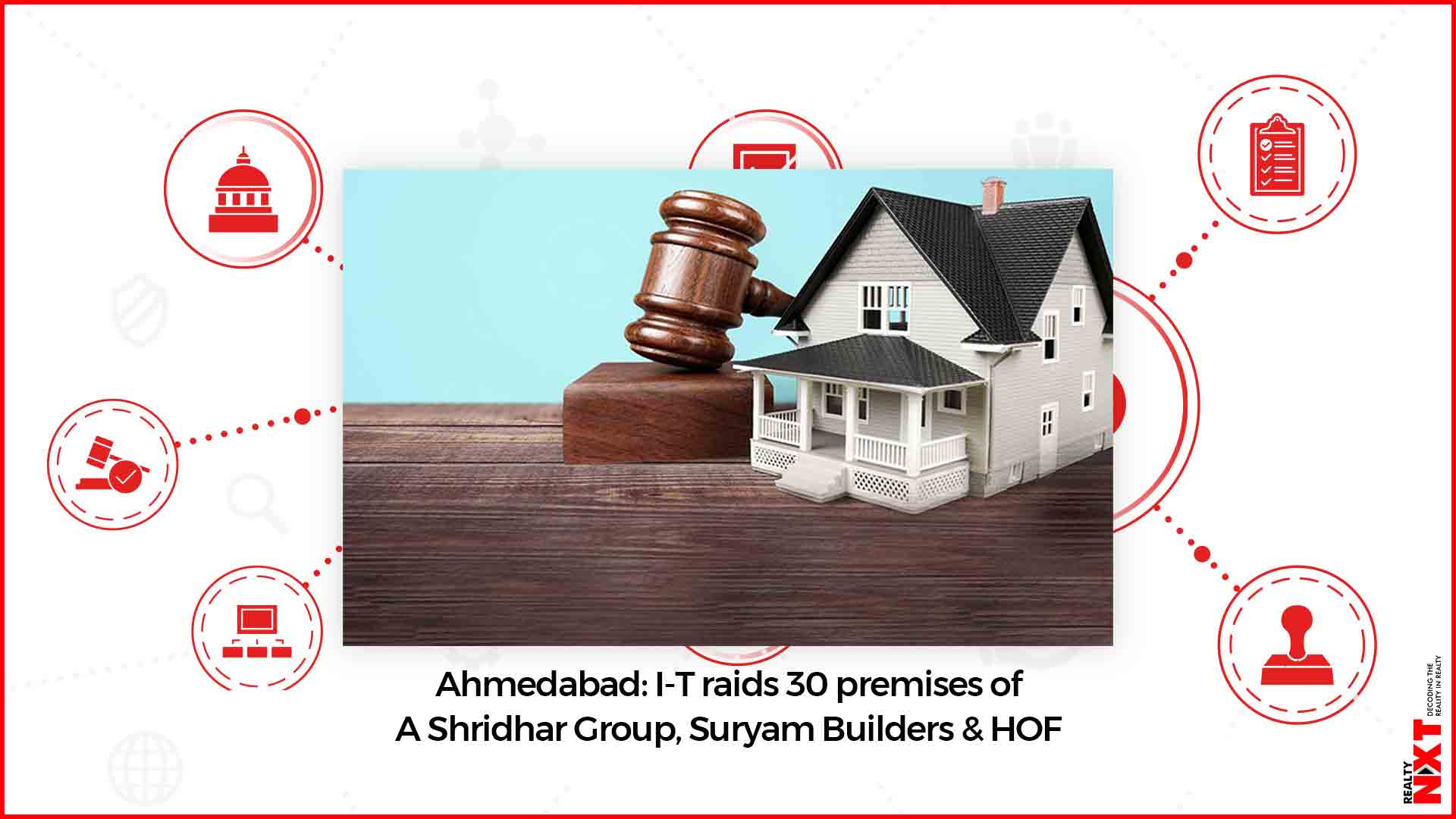 A major search and survey operation was carried out by the Gujarat Income Tax (I-T) department on Tuesday where the officials covered three firms associated with real estate development and branded furniture.

According to sources with the I-T department, 22 searches and eight surveys were carried out by the teams on 30 premises belonging to promoters of A Shridhar Group, Suryam Builders and HOF. Of them, 15 were residential and 15 were commercial, said sources. The officials worked till late evening for evidences.

“We cannot disclose the details of seizure of cash and valuables as of now but account details, financial transactions, digital storage devices and deal papers have been recovered from the premises under survey. We are yet to get details on bank lockers and other financial assets held by the firms,” said an official close to the development, adding that if needed the operation will continue on Wednesday.

Sources said that the officials found the tax paid by the firms lower than the expected returns and thus decided to launch probe. They added that the past couple of years’ average income and tax will be compared against the financial records recovered from the spot.