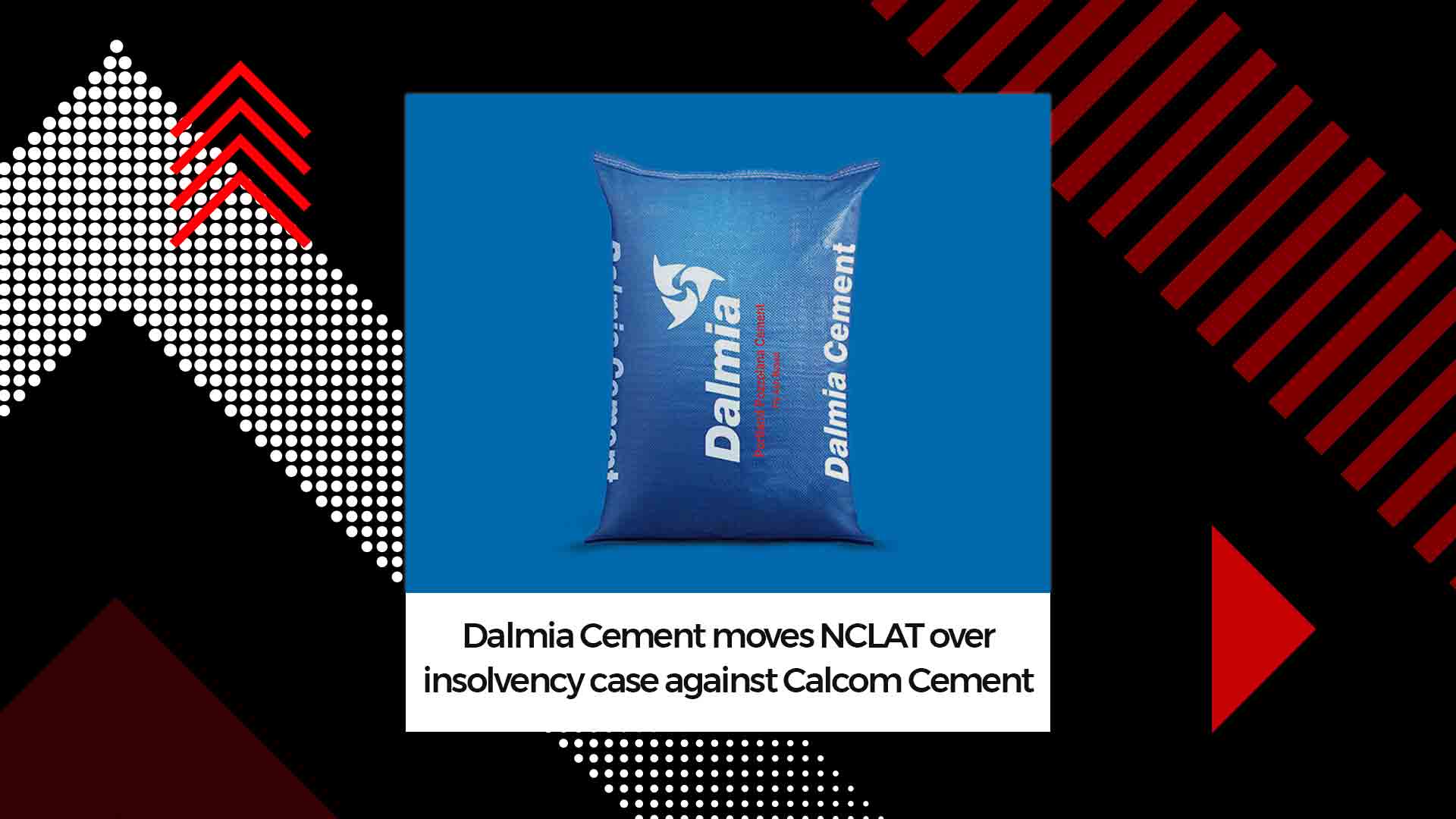 The cement company is guided by RBI norms and directions, and there stands a strong legal ground for quashing of the NCLT order, he said.

GuarantCo Ltd, part of the Private Infrastructure Development Group (PIDG), had moved the Guwahati bench of the NCLT in October 2019 to initiate insolvency proceedings against Calcom Cement, in which Dalmia Cement holds 75 per cent stake, for alleged failure to repay dues of around Rs 100 crore.

The cement company is guided by RBI norms and directions, and there stands a strong legal ground for quashing of the NCLT order, he said.

“We are surprised that GuarantCo application has been admitted by the Hon’ble NCLT, Guwahati bench, whereas we had prayed for dismissal of the same,” the spokesperson said.

Dalmia Cement claimed it has been regularly paying the principal repayment amount as per the agreed schedule against the total original outstanding of Rs 112 crore, the guarantee amount paid by the foreign financial institution on behalf of Calcom.

Calcom Cement was acquired by Dalmia Cement in 2012 and at the time of acquisition, it was facing financial crisis and under corporate debt restructuring, and “yet, Dalmia Group was honouring the liabilities of the erstwhile promoters”, the official said.

The spokesperson said the company had also sought direction from the RBI on rate of interest for the loan, and the central bank put a cap of 8.5 per cent on the interest.

“Calcom has been quarterly paying back the principal amount and has also paid all the interest as per the agreement… post receipt of the RBI approval,” he claimed.

In 2008, GuarantCo had guaranteed a loan availed by Calcom from Axis Bank and HDFC Bank.

“In 2012, GuarantCo initiated legal action against Calcom which was later withdrawn, after an MoU was signed between the two on repayment of the due amount, which later got the approval of the RBI in 2017,” GuarantCo’s counsel Manoj K Singh had said.

Singh claimed Calcom had failed to honour the terms of the MoU as well as the RBI approval, especially payment of interest.