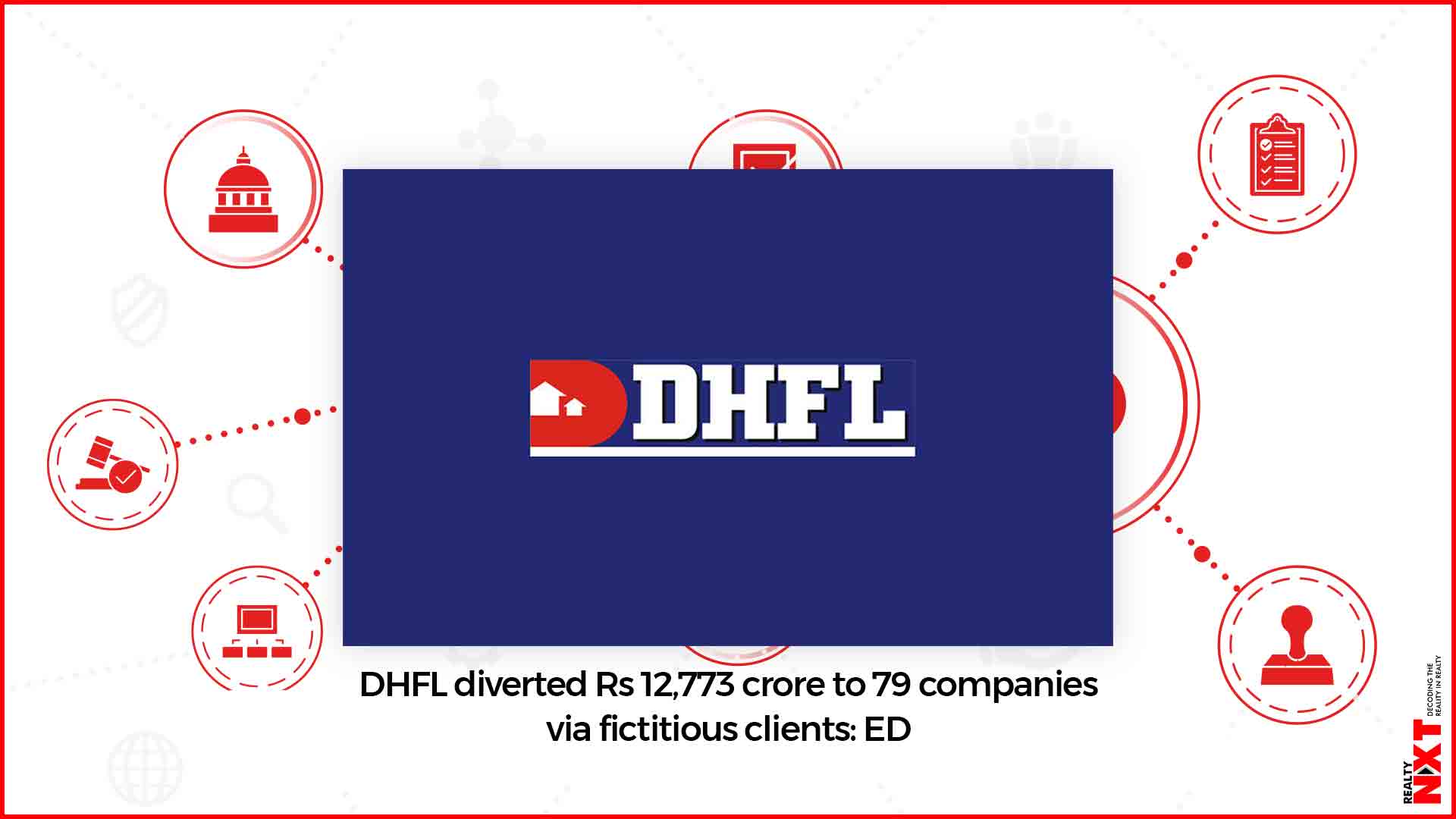 Later, the ED stumbled upon one lakh allegedly fictitious retail customers and got inputs regarding 79 beneficiary companies, said sources.

The Enforcement Directorate (ED) has found diversion of Rs 12,773 crore from Dewan Housing Finance Ltd (DHFL) to the accounts of 79 companies routed through one lakh fictitious retail customers as loans, sources said.

The agency found that the loans were diverted between 2011 and 2016 and the 79 companies were allegedly associated with the promoters of DHFL. The corrupt practice came to ED’s notice when the agency inspected the book of accounts of DHFL pertaining to Rs 2,186 crore loan given to five companies — Faith Realtors Pvt Ltd, Marvel Township Pvt Ltd, Able Realty Pvt Ltd, Poseidon Realty Pvt Ltd and Random Realtors Pvt Ltd, which were later amalgamated with Sunblink Real Estate Pvt Ltd.

Later, the ED stumbled upon one lakh allegedly fictitious retail customers and got inputs regarding 79 beneficiary companies, said sources.

The revelation came days after the ED arrested Kapil Wadhawan, the promoter of DHFL, for alleged money laundering linked to properties belonging Mirchi. Wadhawan, who is the fifth arrest in the case filed last year, is claimed to have played a ‘crucial role’ in diverting funds from DHFL to shell companies, which later got amalgamated with Sunblink Real.

As per the ED, three properties in Worli — Rabiya Mansion, Sea View and Marium Lodge, belonging to Mirchi who was declared an absconder accused of multiple crimes — are proceeds of the crime.

The agency claimed that Dheeraj Wadhawan, also a promoter of DHFL, expressed interest in buying the properties and after negotiations and meetings between him and Mirchi, it was decided that the properties would be bought through one of his companies, Sunblink.

An amount of Rs 111 crore paid towards the deal was arranged as loan from DHFL to Sunblink, which was later shown to be repaid through a loan from RKW Developers.

The ED alleged irregularities in these loans to five companies, claiming that none of the prescribed policy to grant loans by DHFL, a non-banking financial company, were followed.

As per the ED, these persons have deposed that the beneficial owners of these companies were Kapil Wadhawan and Dheeraj Wadhawan.

“Thus, it appears that these five companies were dummy entities without any asset, created with the sole purpose of siphoning off public money as no business seems to have been conducted in those companies,” the sources said.

DHFL became the first non-banking finance company (NBFC) to be referred to the bankruptcy court for resolution by the Reserve Bank of India (RBI) in November 2019. It owes Rs 83,873 crore to banks, mutual funds and investors.

The central bank has superseded the board of DHFL and has appointed a three-member advisory body to advise the RBI appointed administrator of the company.