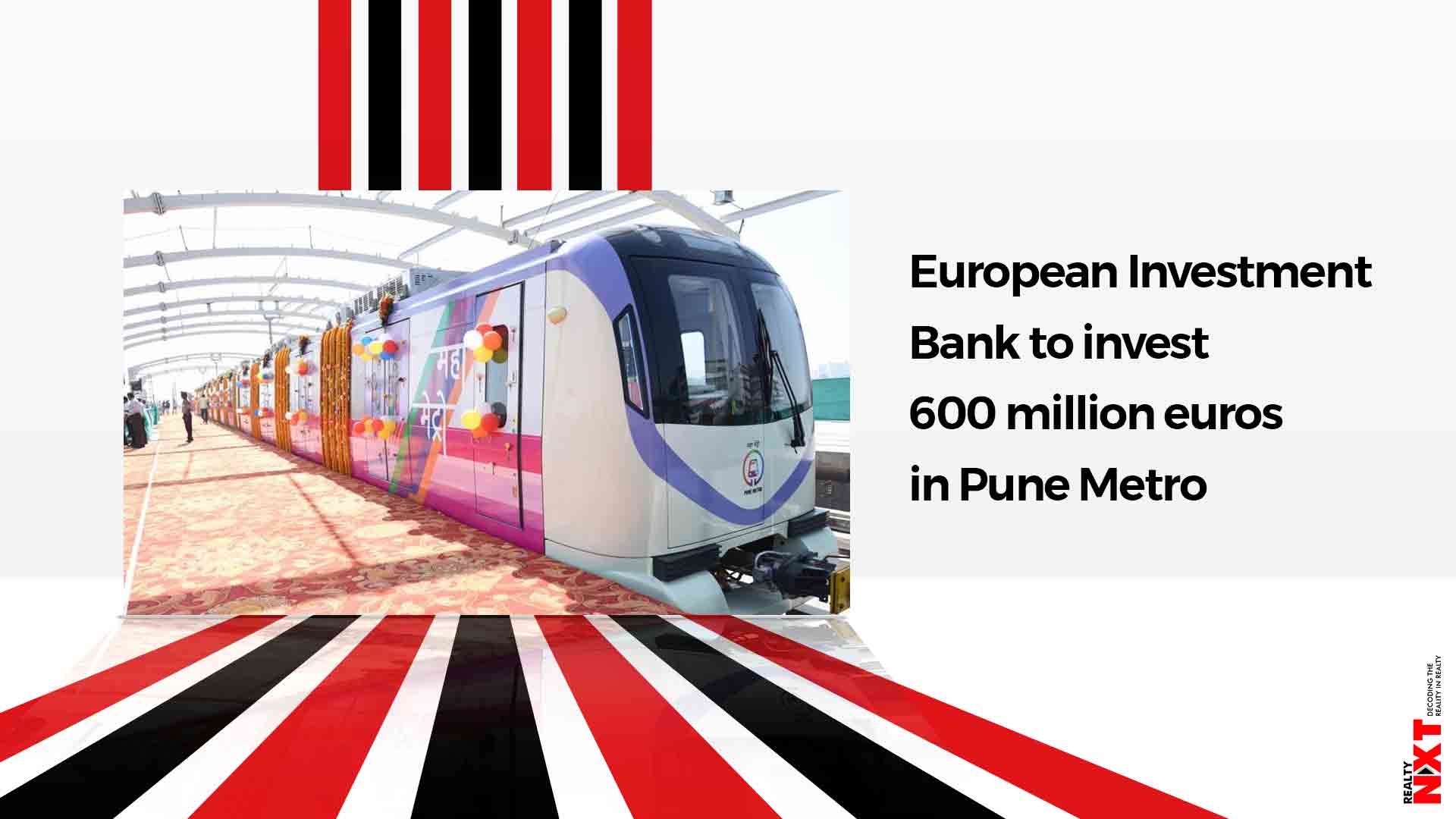 Speaking on the occasion, Thackeray said the funding will boost the ongoing work on Pune Metro and urged the EIB to finance similar big projects elsewhere in the state.

A Memorandum of Understanding for the first tranche of 200 million euros (Rs 1,600 crore) was signed in the presence of Maharashtra Chief Minister Uddhav Thackeray and top EIB officials to fund construction of two new metro lines, 30 stations and purchase of 102 new rail cars.

Speaking on the occasion, Thackeray said the funding will boost the ongoing work on Pune Metro and urged the EIB to finance similar big projects elsewhere in the state.

Work started on Pune Metro project in January 2017 and 37 per cent physical and nearly 30 per cent financial progress have been achieved so far. The fundings received on Friday will be utilised for the underground sections, a metro depot and other purposes, the Chief Minister added.

Thackeray expressed hope that the EIB would similarly support and make investments in the planned Nashik Metro Rail project and other environment initiatives in the state.

Urban Development Minister Eknath Shinde said that besides Mumbai, where 80 per cent of people use public transport like the suburban trains, the government has initiated mega-infrastructure projects in Pune, Nagpur and other cities.

An official said that the PMR will be 32.50 km long, costing around Rs 11,420 crore, running both on the surface and underground with 30 stations and would create 900 new jobs besides offering safer, faster and affordable commute to around 600,000 people daily.

The MoU was signed between PMR Managing Director Brijesh Dixit and EIB Vice-President Andew McDowell in the presence of dignitaries like EU Ambassador Ugo Astuto and other top officials from both sides.

This is EIB’s fourth investment in a metro rail project in India — the earlier being in Bhopal, Bengaluru and Lucknow. With the Pune investment, the total EIB financial support for India’s metro systems has touched 2 billion euros.

“This is a good example of how international cooperation and local know how can make tangible improvement for people and businesses alike, and also contribute to climate action and protection of the environment,” McDowell said on the occasion.

“The fight against climate change is a common priority for both the European Union and India. We have been partnering with India on its sustainable urbanisation agenda including development of world-class transport across cities. This MoU further demonstrates the close cooperation between the EU and India in financing related projects,” said Astuto.