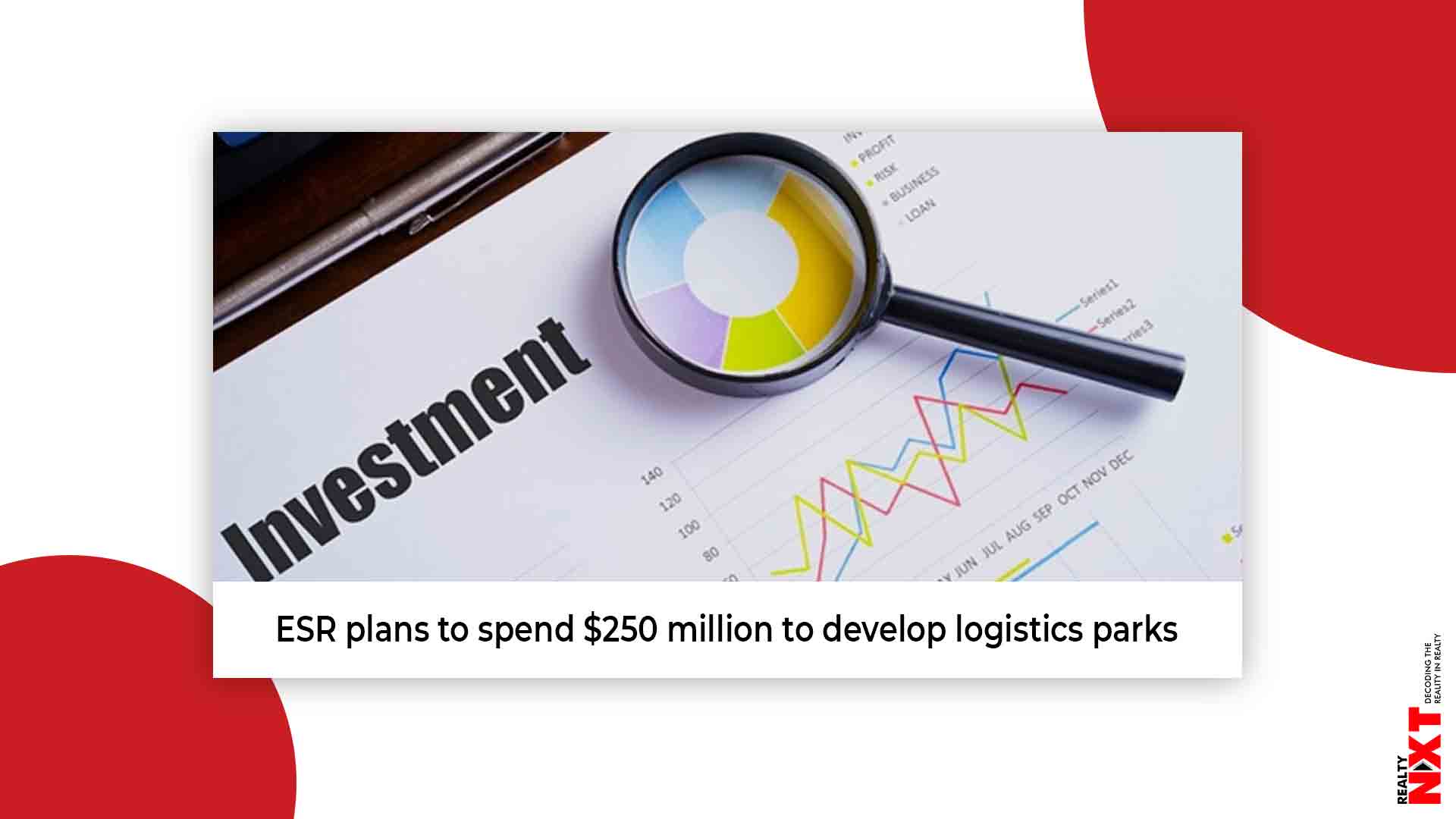 ESR, one of Asia’s largest developers and operators in logistics and warehousing, was formed by the merger of e-Shang Cayman and Redwood Group Asia.

Warburg Pincus-backed logistics real estate firm ESR plans to spend $250 million over the next 18 months to develop logistics parks in the country, a move that will see its warehousing portfolio double to 30 million sq ft.

“The strategy is to invest more in core assets. In the long term, we will not only develop money by setting up warehouses but also deploy capital in buying core assets,” said Abhijit Malkani, country head, ESR Advisors India.

ESR, one of Asia’s largest developers and operators in logistics and warehousing, was formed by the merger of e-Shang Cayman and Redwood Group Asia.

The firm owns and manages properties worth about $20 billion globally. It has already deployed $250 million over the last two years and has inked several partnership deals with real estate and investment firms, including Future Group, GMR and Lodha.

According to Malkani, the company plans to expand its operations in tier II cities, including Rajpura, Kolkata and Lucknow, apart from tier-1 cities like Mumbai and Bengaluru.

“We are focusing on tier-II cities, as there is a huge demand for quality warehouse space by large ecommerce players,” he said.