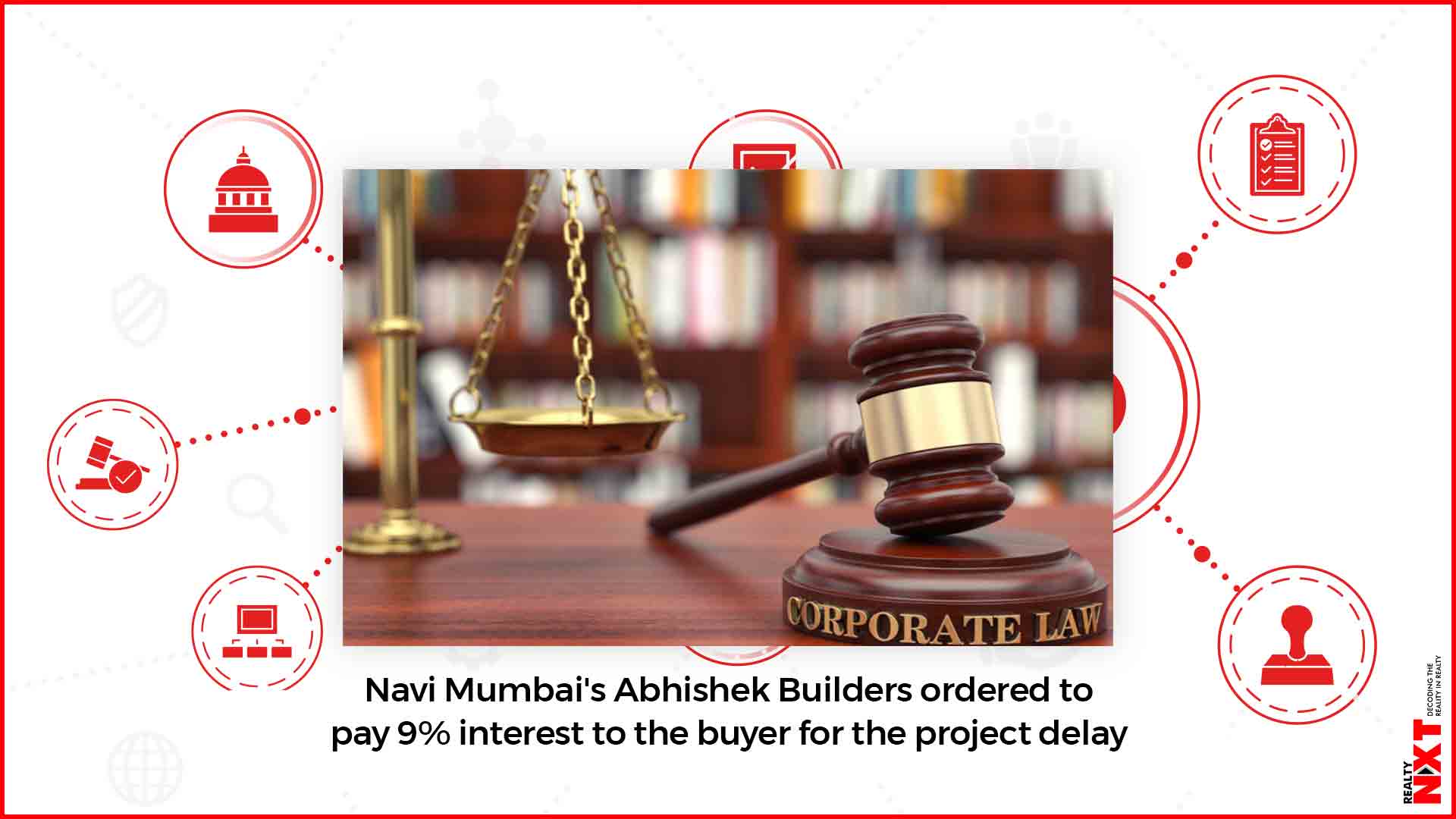 The State Consumer Disputes Redressal Commission has directed a Navi Mumbai developer to pay a home buyer 9 per cent interest on Rs 48.81 lakh from September 2011 for delay in possession, and awarded compensations of Rs 3.12 lakh for giving reduced carpet area and Rs 2 lakh for mental agony after an eight-year legal fight.

Warren and Debra Fernandes had filed a consumer complaint with the commission in 2012 against Abhishek Builders and Developers and its two partners for delay in possession, and for providing lesser carpet area in their flat in Green Heritage project in Kharghar. The couple had booked flat no. 1702 on the 17th floor, admeasuring 1,225 sq ft built up area and 59.96 sq ft of terrace, in the C wing of Green Heritage in 2007.

They had paid Rs 48.81lakh out of the total flat cost of Rs 49.81 lakh on the promise of possession on or before September 29, 2011. Their complaint claimed that the possession was delayed, and building had no occupancy certificate and the constructed flat had 147.23 sq ft less carpet area in the flat and 59.96 sq ft in the terrace and hence they refused to take possession.

During the hearings of the case before Commission members PB Joshi and Dr SK Kakade, the developer contended that there is no deficiency in service on their part and claimed that they had offered possession, but the Fernandes’ refused to accept it unless occupancy certificate is obtained. She also contended that the developer had applied for the OC, but they could not get it from CIDCO for reasons beyond their control.

Advocates Uday Wavikar and Supriya Patil, appearing for the Fernandes’, pointed out that though the developer applied to CIDCO for OC in August 2009, but CIDCO had in turn issued them notice for removing unauthorized construction in the project. The developer challenged the notice in Bombay High Court, and when their writ petition was dismissed by HC in 2012, they had filed a Special Leave Petition in the Supreme Court challenging the HC ruling.

Ruling that the developer cannot blame the home buyers for not taking possession, the Commission said “Thus it is very clear that the opponents (developer) have not handed over the possession of the flat on the date it was agreed or even after the grace period and till filing of the complaint and even till today and hence there is a clear-cut deficiency in service on part of the opponents.”

On the point of reduced carpet area, the commission said the court commissioner was appointed for measurement of the flat area and his report states that the flat area was less by 21sq ft and terrace area was less by 59.96 sq ft. It granted compensation of Rs 1.32 lakh for the reduced flat area and Rs 1.79 lakh the reduced terrace area. It directed Abhishek Builders and Developers to hand over possession of the flat with OC after the Fernandes’ pay the remaining consideration of Rs 99,624. It also said that developer should comply with the order within two months or pay a penalty of Rs 1000 per day if they default.

Abhishekh Builders and Developers could not reached for their comment, but they are entitled to challenge the order before the National Commission.