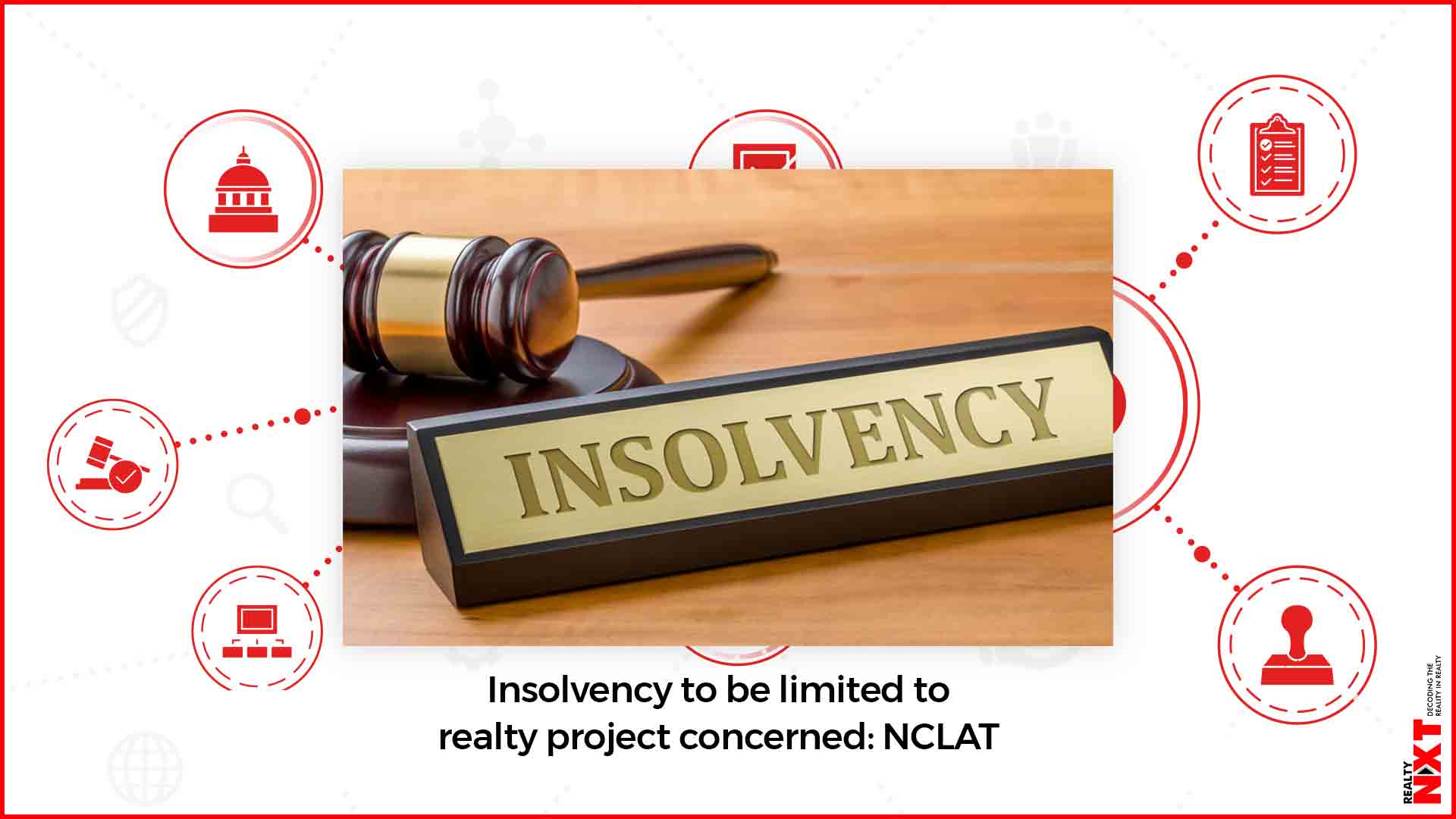 Besides, the appellate tribunal has also suggested that there should also be a reverse corporate insolvency process in such cases.

In a relief to realty players, the National Company Law Appellate Tribunal (NCLAT) has held that any insolvency process initiated by a flat buyer or financial institution would be limited to the project concerned only and not impact other projects of developers.

A NCLAT bench headed by Chairman Justice S J Mukhopadhaya said that the entire insolvency process initiated over the plea of either a flat buyer or bank or any other financial institution would be limited to the project only.

Besides, the appellate tribunal has also suggested that there should also be a reverse corporate insolvency process in such cases.

“In CIRP against a real estate, if allottees or financial institutions, banks or operational creditors of one project initiated CIRP against the corporate debtor, it is confined to the particular project, it cannot affect any other projects of the same real estate company in other places where separate plans are approved by different authorities,” the NCLAT said in its order.

The appellate tribunal also suggested that there should be “reverse corporate insolvency resolution process” in such cases, where insolvency process is initiated against a real estate company, no home buyer can approach the National Company Law Tribunal (NCLT) or the NCLAT to seek refunds for the project.

In case the flat owners of such projects wish to seek a refund for the particular project of the real estate company which is undergoing insolvency, they are open to sign an agreement, either with the interim resolution professional, or the promoter to find a new buyer and get the money back if and when that flat is sold, the NCLAT said.

“As we find it is very difficult to follow the process as in normal course is followed in a Corporate Insolvency Resolution Process, we are of the view, that a ‘Reverse Corporate Insolvency Resolution Process’ can be followed in the cases of real estate infrastructure companies in the interest of the allottees and survival of the real estate companies and to ensure completion of projects which provides employment to large number of unorganized workmen,” said the NCLAT.

This was challenged before the NCLAT by a group of allottees – Flat Buyers Association Winter Hills-77, Gurgaon – contending that the project in question, will be completed by the end of Diwali (October, 2019).

According to them, just because of the plea of two allottees, insolvency was triggered.