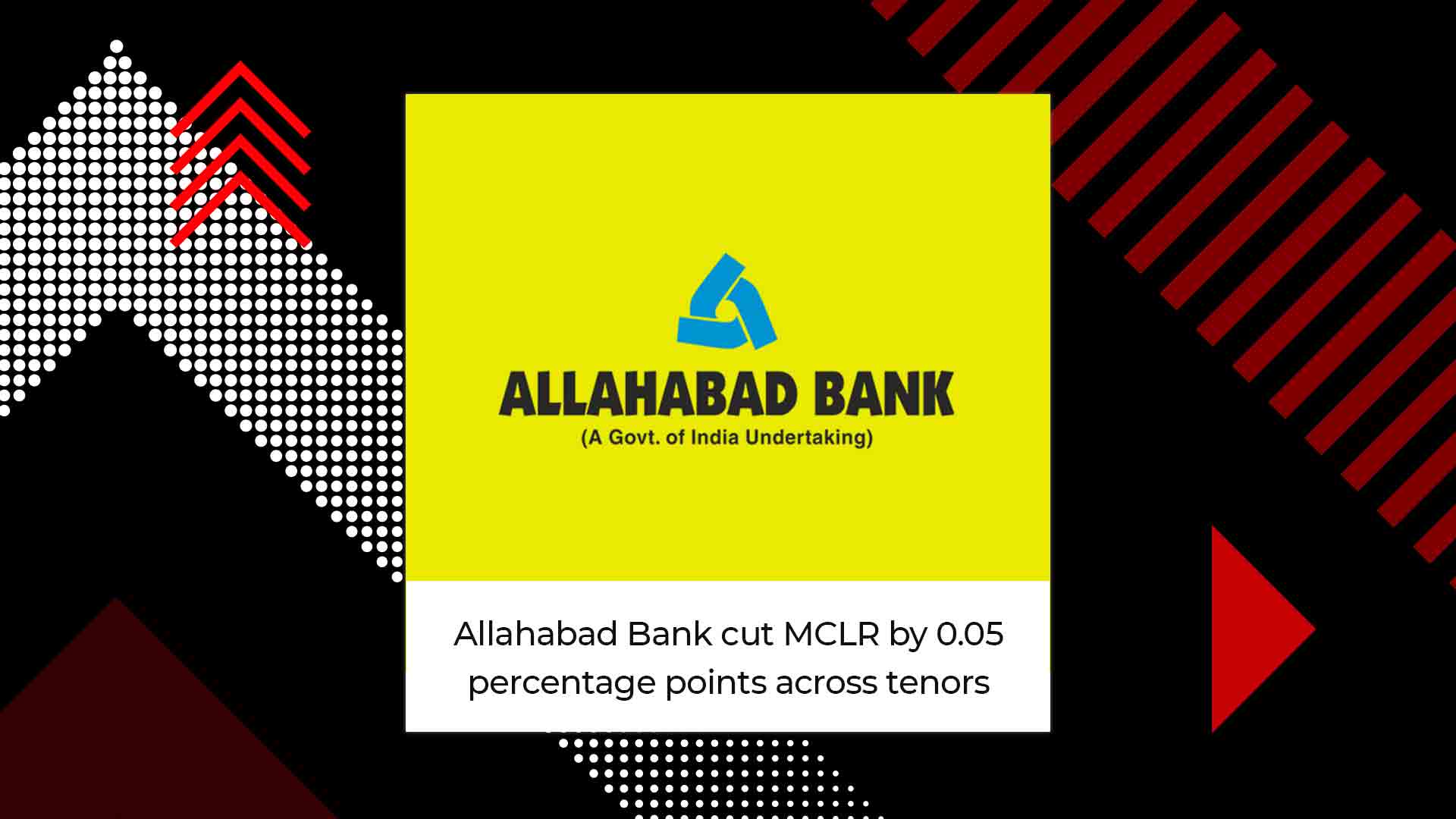 The benchmark one-year tenor MCLR will now be 8.25 per cent as compared to the existing 8.30 per cent.

Allahabad Bank has cut the marginal cost of funds based lending rate (MCLR) by 0.05 percentage points across tenors, effective February 14. The Asset Liability Management Committee of the bank has reviewed the existing MCLR and decided for a downward revision by 5 basis points (bps) across different MCLR tenors, the bank said in a regulatory filing.

The benchmark one-year tenor MCLR will now be 8.25 per cent as compared to the existing 8.30 per cent.

Most of the consumer loans, such as retail, automobile and personal, are based on one-year MCLR.

Likewise, the overnight, three and six-month tenor MCLRs have been cut by 5 bps each in the range of 7.75-8.10 per cent. There has been no change in one-month MCLR of 7.85 per cent.

The revised rates will be effective from February 14, 2020, Allahabad Bank said.

Several other banks, including State Bank of India, have revised their MCLR following RBI’s policy rate announcement on February 6.

Even though the regulator kept the repo rate unchange at 5.15 per cent, banks were given other relief in the form of cash reserve ratio (CRR) relaxation for loans to MSMEs.