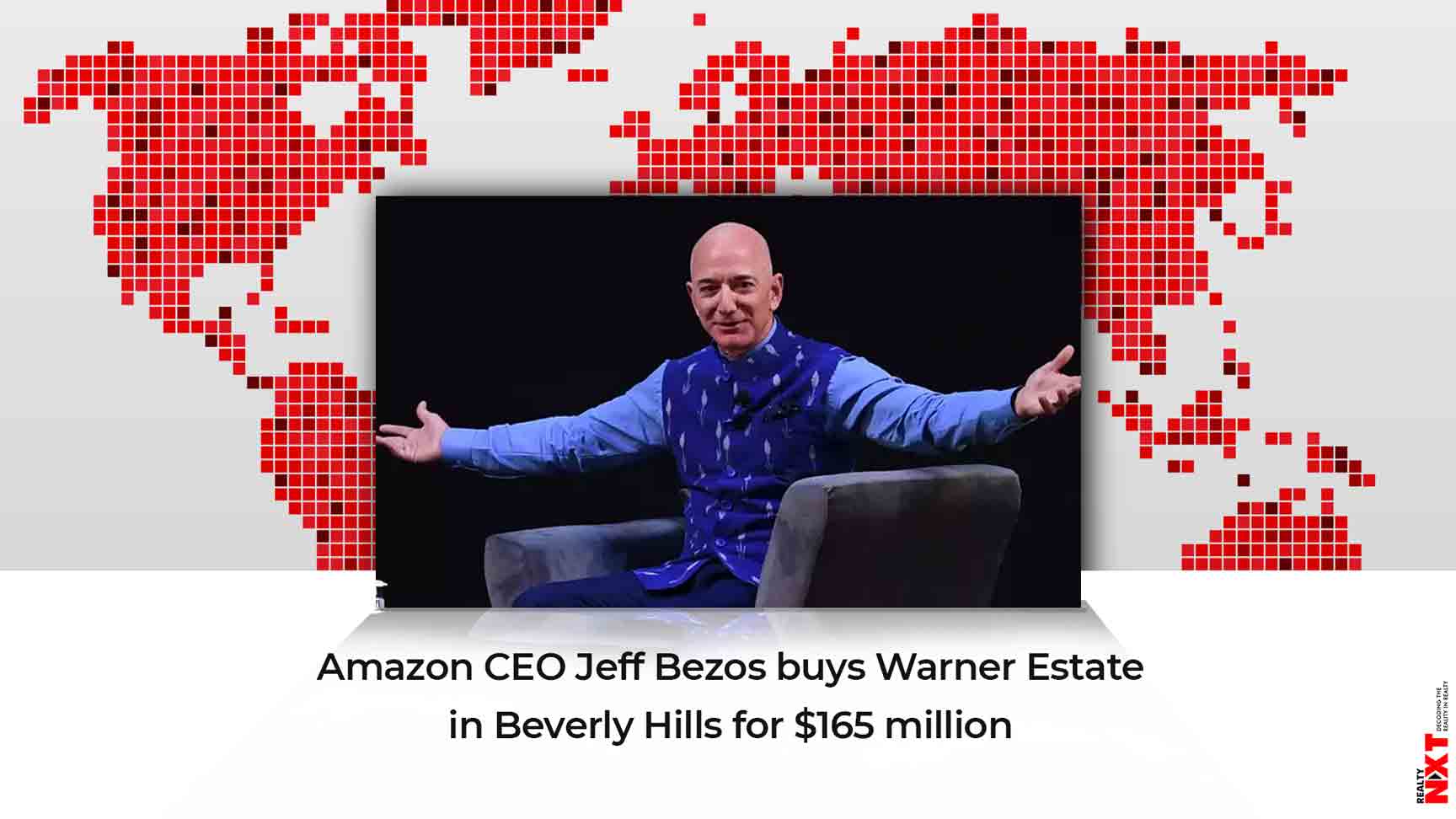 The sale price is believed to be the highest in a Los Angeles-area residential real estate transaction, surpassing the previous record of $150 million reportedly spent by media executive Lachlan Murdoch last year to buy the Chartwell estate in Bel-Air.

Amazon Chief Executive Jeff Bezos, the world’s wealthiest person, has purchased a Beverly Hills mansion known as the Warner Estate from media mogul David Geffen for $165 million, a source familiar with the deal said on Wednesday. Founder, Chairman, CEO and President of Amazon Jeff Bezos gives a thumbs up as he speaks during an event about Blue Origin’s space exploration plans in Washington, U.S., May 9, 2019.

The sale price is believed to be the highest in a Los Angeles-area residential real estate transaction, surpassing the previous record of $150 million reportedly spent by media executive Lachlan Murdoch last year to buy the Chartwell estate in Bel-Air.

The Chartwell chateau was familiar to television viewers of the 1960s as the palatial home of the fictional Clampett family in the CBS classic sitcom “The Beverly Hillbillies.”

The 9.4-acre (3.8-hectare) property sold by Geffen to Bezos – in a deal first reported by the Wall Street Journal – boasts a stately Hollywood pedigree all its own. It is named for Jack Warner, the Warner Bros Studio chief who built the mansion in 1937.

Geffen purchased the Warner Estate in 1990 for $47.5 million, a then-record price for a Los Angeles-area home, according to the Journal. The Chartwell property set a new all-time high for the state when it sold for about $150 million late last year, the Los Angeles Times reported at the time.

Bezos, whose net worth was estimated by Forbes at $131 billion this year, owns properties around the world. It was not immediately clear if the Amazon (AMZN.O) CEO plans to make the Warner Estate his primary home.

Last week, the New York Post reported that Bezos and his girlfriend, Lauren Sanchez, were house hunting in Los Angeles and touring mansions throughout the area. Bezos has been searching for a home for the past year, according to the Post.

In addition to the $165 million he paid Geffen for the Warner Estate, his venture capital firm Bezos Expeditions paid $90 million to buy a tract of undeveloped Los Angeles land from the estate of the late Microsoft co-founder Paul Allen, the source told Reuters. The Allen property was purchased as an investment property, according to the source.

“No studio czar’s residence, before or since, has ever surpassed in size, grandeur, or sheer glamour the Jack Warner Estate on Angelo Drive in Benedict Canyon,” according a passage from the book “The Legendary Estates of Beverly Hills” quoted by the Journal.